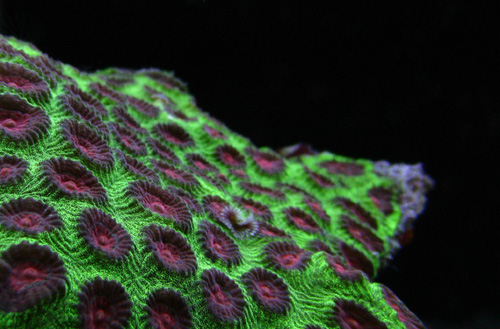 Recently I was talking with a fellow reefer and the phrase “High End” came up in reference to certain zoanthid corals.  For those that don’t know me, I’m not one for the multitude of common names attached to corals.  A simple, actually common name is ok.  I don’t have a problem with not using scientific names for everything and I understand the marketing behind the craze but more often than not it goes too far.  Then going further and attaching the label “High End” to a coral seems excessive and almost a vulgar use of the term.  Can a coral really be “High End”?

I would argue that some could be considered luxury items by definition, but to say that some polyps are of a higher caliber because of an often silly moniker attached to them seems wrong and misleading.  If you have been reefing for any period of time than odds are you have seen the same morphs of some corals over and over and over but under different lighting and probably a new name.  Everyone wants to leave their mark on the coral/hobby and there’s nothing wrong with that within reason.  When did a special name become synonymous with quality?  When did the orange zoas covering the fist sized rock over there for $60 become less desirable than the exact same 6 polyps of “Bam Bam Orange” for $19.99?  Obviously the larger rock with far more polyps is a better value if it’s the very same thing… right?  At what point do these polyps on a frag plug become something more?

For me, one of the highlights of working in this business is ordering livestock from various suppliers.  I look forward to it because each list is like the best three holidays rolled into one and it happens every week.  Very few of the lists really have any of the names most hobbyists are familiar with.  You won’t find any “Gorilla Nipples” or “Armor of God”, sorry.  Sometimes you will see a more colorful common name when a coral reaches epic stardom such as the various “Hornets” did when they first showed up.  Even their prices dropped very quickly as a huge supply met with demand and it was just as easy to find a Sacagawea dollar as it was a frag of “Hornets.”  Most of the named corals are actually fairly common (especially the zoanthids) and if you go to just about any store you can find entire rocks or colonies, sans the flashy name, for a fair price by comparison.  It doesn’t matter if it’s cultured or not, if it has a name it’s just more expensive.  Tank cultured coral should be more expensive as it costs more to produce them (for now).  However, with more and more mariculture facilities being established in the various supply countries “rare” is a term with fewer and fewer corals to which it can be applied.  Bali has an amazing Acropora mariculture facility that churns out some spectacular specimens 3-4″ in diameter that are jaw dropping and the entire colonies sometimes retail for less than some frags of the same morph. 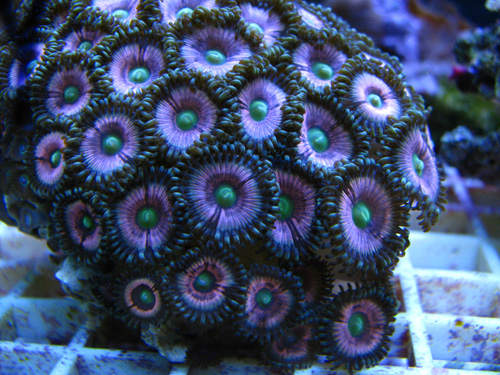 I’m not saying there aren’t rare corals or specimens out there that aren’t deserving of the “second mortgage” price tags.  Those animals do exist and their prices are justified by whatever the market or customer is willing to bare.  When you really look at the majority of the corals being readily traded or sold, if it isn’t the rarity or the price tag that earns the label, than what is it that makes them “High End”?  Is it really just in the name?