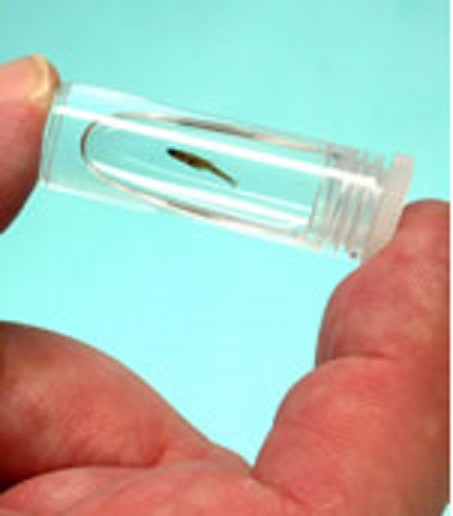 Scientists in Brazil have discovered a new species in the Rio Negro, named Priocharax Nanus. The Rio Negro is the largest blackwater river in the World. It has a very high diversity of species, including a large amount of miniature fish species, such as this new discovery. Dr Britz, One of the scientists who discovered and analyzed the new species, said: ‘This is one of the strangest fish that I’ve seen in my whole career.’ ‘It’s approaching the lower limit of how small a vertebrate can be. You have to fit into that tiny body eyes, muscles, internal organs, and the females have to produce eggs,’ he said. Whats unique about this species is that the pectoral fins are made entirely out of cartilage. This is unusual as it is normally only found in fish larvae, and not fully functioning adult fish. It’s also clear, to help camouflage it from predators. MORE