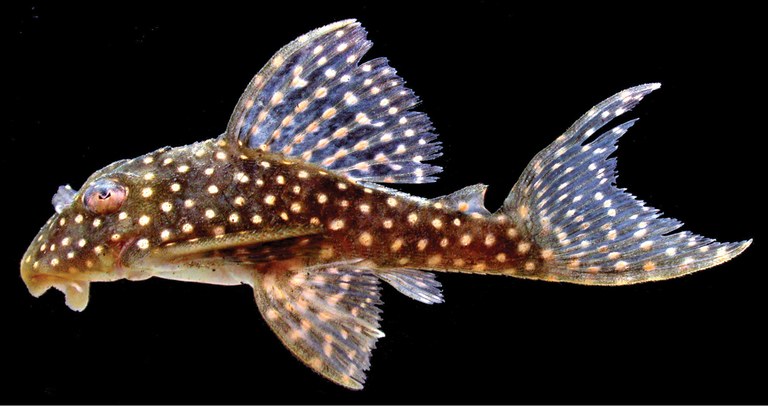 As with other Hypancistrus sp., this is a relatively small pleco (albeit large for the genus) with an adult size in the four to five inch (10-12cm) range.

The ZooKeys paper also describes another new pleco species, Hypancistrus phantasma, collected from the same relative area.  No live photo exists of this species.  In fact, the single collected specimen is the only known example of this species, hence it’s etymology (“the phantom”).