New rainbowfish really lives up to its name 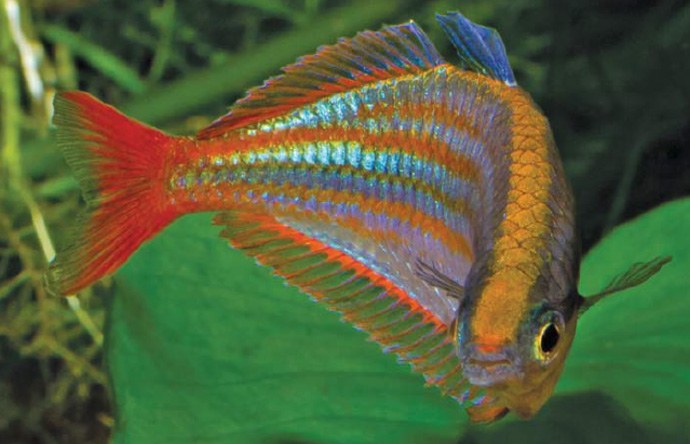 What a beauty! Photo by GW Lange.


Melanotaenia rubrovittata is about as brilliantly pigmented a rainbowfish as they come.  Its gorgeous horizontal stripes enhances its rainbow-like appearance and differentiates this new species from most others within the genus.  Melanotaenia rubrovittata is described from Northwestern Papua Province, Indonesia.  Its full description by Gerald Allen, Peter Unmack, and Renny Hadiaty is published in the latest issue of Fishes of Sahul.

M.rubrovittata has actually already made appearances in our hobby for a couple of years now; in fact, it’s been captive bred.  The rarely available species (and subsequently pricey as far as rainbowfish go) was coined the Wapago Red Laser Rainbowfish, but it had no formal scientific name until now.