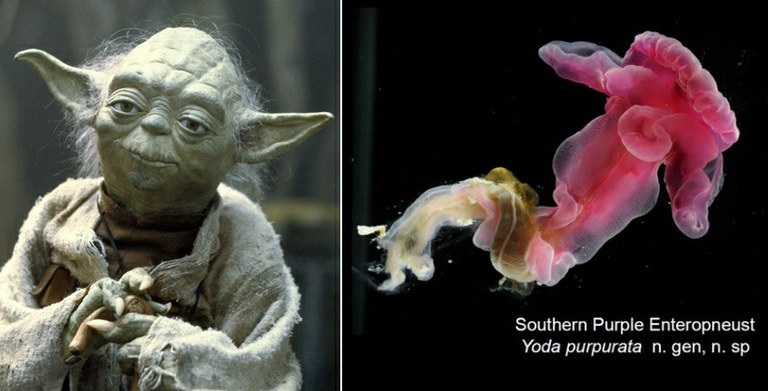 
Yoda purpurata, along with three other new acorn worm species were discovered 1.5 miles under the Atlantic Ocean during a recent survey of the mid-Atlantic Ridge.  All of the species were discovered on or just slightly above the seafloor, photographed, and then collected by an underwater ROV for later description.  The new species are described in the latest issue of Invertebrate Biology.