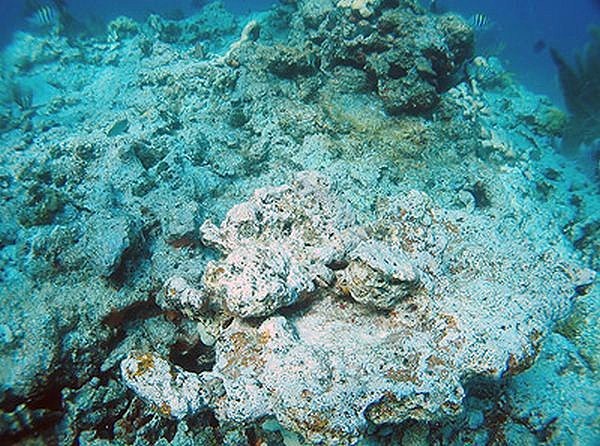 A new study conducted by an international team of scientists may shed some new light on maintaining the overall health of our wild reefs.  As we scramble to better understand these complex ecosystems some of the answers we find may seem rather simple.  All reefers know that fish play a big role both on wild and captive reefs but with this new information, it seems they may hold the key to judging the overall health and ultimately helping to preserve these marine resources.

With concerns of overfishing becoming more prominent and a seemingly constant discussion of how we should handle our fisheries, this study shines an even brighter light on the importance of fish populations in and around our reefs.  According to the study there is a direct correlation between the biomass of fish present and the overall health of a reef in regards to the corals found there.  One of the members of the study, Dr. Nick Graham of the ARC Center of Excellence for Coral Reef Studies and James Cook University states:

“Our work shows that as fish biomass – the number and weight of fish living on a reef – declines due to fishing pressure, you cross a succession of thresholds, or tipping points, from which it is increasingly hard to get back.

“The loss of hard corals is actually the last stage in the collapse of the reef system. Though many people take it as a major warning sign, in fact, by the time you see the loss of live coral cover, it may be already too late to save the reef,”

The study was able to come up with a predictable chain of events that could be charted as fish populations decline in and around our reefs.  While the findings may seem obvious in the broad strokes I’m sure it goes into far more detail in the actual published report.  We’ve all seen pictures of stark white reefs posted as warnings but with this new information we can see that the real warning signs come far before any corals begin to die off, which is great news.  While the study focused on fish populations and I’m sure it was narrow due to personnel and time constraints (as well as funding) I’d think that the same information could be applied to other reef denizens as well.

Studies like this are necessary in order to help governments take action properly and properly execute measures that could help maintain our fisheries while still preserving the reefs they rely on.  I think it’s great that they were able to actually come up with a list of events that could be used to describe the relative health of any individual reef.  Now if only there was a standardized list for measuring the health of captive reefs…