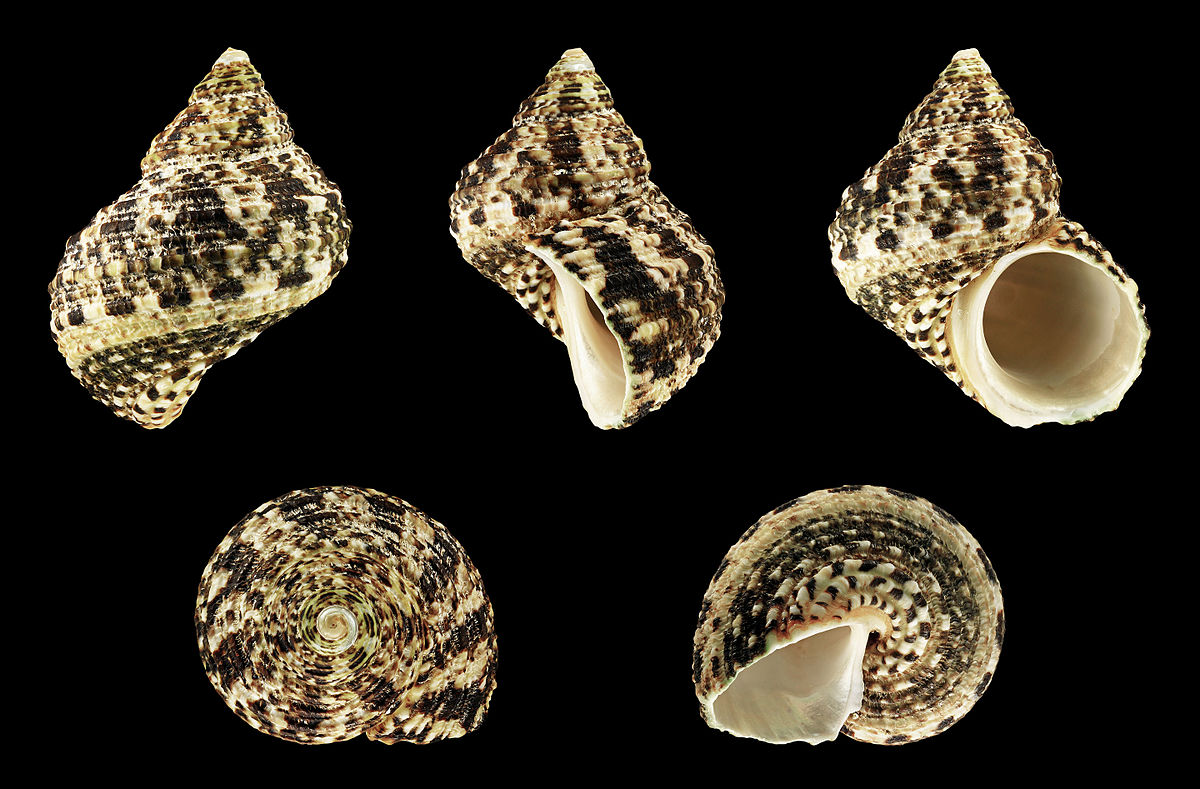 If you’ve ever had a reef aquarium, then you’ve almost certainly purchased a snail or two to control nuisance algal growth. But which one to get? The possibilities are endless… Turbo or Tectus or Trochus or Tegula?! But a new study is out to lend a little scientific clarity to all the aquarium anecdote.

Writing in the journal PLoS One, researchers set up experimental aquaria for three commonly exported species, sold to them under the names Turbo fluctuosa, Astraea tecta, and Margarites pupillus. Twenty specimens of each were acquired through aquarium suppliers, but, remarkably, none of these identifications turned out to be correct.

Specimens sold as the Mexican Turban Snail (Turbo fluctuosus) were instead the Zebra Turbo Snail (T. bruneus), a widespread Indo-Pacific species. The Fenestrate Top Snail (Tectus fenestratus), another Pacific species, was sent in place of the Caribbean’s West Indian Starsnail—aquarists will usually see that one identified as Astraea tecta, but the valid taxonomy is actually Lithopoma tectum. And, lastly, the Margarita Snail (Margarites pupillus), a temperate species known from the Bering Sea (!!!) to Southern California, was in actuality the Western Banded Tegula (Tegula eiseni), which has a warmer range in the Eastern Pacific, from Central California to the Baja Peninsula (presumably from where specimens are sourced).

Now, I just want to point out here that a surprising number of people involved in the aquarium industry regard this sort of nomenclatural nitpicking as pompous and unnecessary, but, as we’ll see, the survival rates of these species can be drastically different from one another, as is their efficiency at grazing upon algae, along with perhaps the preferences they might have in choosing their algal diet. How are we to know if one snail is a better choice in comparison to another when they are sold so interchangeably? 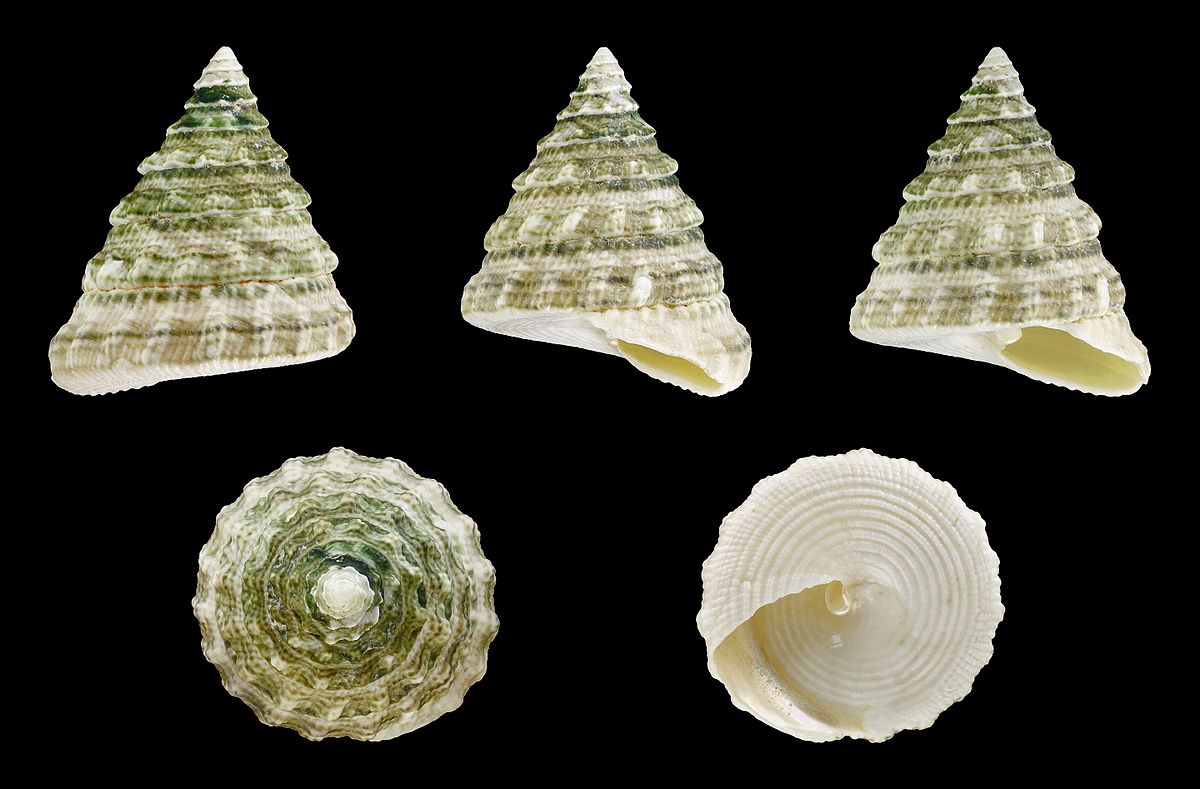 Not an Astraea Snail! This is the Fenestrate Top Snail (Tectus fenestratus), from the Philippines. Note the taller shape in this one compared to the Caribbean Lithopoma tectum. Credit: H. Zell

And as an example of these stark differences, of the twenty Turbo snails used in this experiment, every specimen survived, while just 10% of the Tegula snails made it to the end of the 53-day study. Tectus fell somewhere in the middle, with 13/20 making it to the end, with most of the mortalities happening within the first month. It’s a shame that there isn’t more data like this available, as it would go a long way towards informing the purchasing decisions of aquarists. Nothing is more frustrating than a tank full of dead snails.

I’ll take this opportunity to give my own two cents on the subject. Tegula snails don’t seem designed for the warm waters of a tropical aquarium and should probably be avoided. “Astraea Snails” are also a questionable choice, with perhaps half of all collected specimens dying before they’re ever purchased, and the other half eventually flipping onto their backs to suffer an ignoble death. To be fair, those that do survive are good at their algae-eating job, but this initial mortality rate and minuscule long-term survivorship is just abhorrent. In my experience, having dealt with countless thousands of aquarium gastropods, Turbo snails are the clear winner here, with most acclimating well to captivity, provided they’ve been shipped appropriately.

If there is any drawback to the Turbo snail, it’s their seemingly malicious desire to topple unsecured corals, but it’s not really fair to blame them for that. Along with their bulk comes an unrivaled appetite for the algal menace. This study also examined the rate at which these three snails consumed algae (in this case, a puree of Ulva Sea Lettuce dried onto a plate). By quantifying the amount eaten after a 24-hour period, it was found that Turbo is twice as effective as either Tegula or Tectus.

It’s a shame there weren’t more snail species examined here. It’d be great to know how the true “Astraea Snail” (i.e. Lithopoma tectum) compares, since it’s probably the most frequently sold snail in the US. The Banded Trochus Snail is another species worth investigating, since (at least in my experience) it seems to have a higher survival rate than most. And what about some of the other herbivorous snail families seen in the aquarium trade: Cerithium, Cypraea, Strombus, Columbella, Haliotis, Nerite, Norrisia. Which of these is worth a damn, and, most importantly, which are best at controlling Derbesia and Bryopsis and all the other nuisance algal species?

Left: The Western Banded Tegula (Tegula eiseni), not to be confused with the Black Tegula (T. funebralis), a common intertidal species that sometimes gets collected for the aquarium trade. Credit: Femorale & US National Park Service