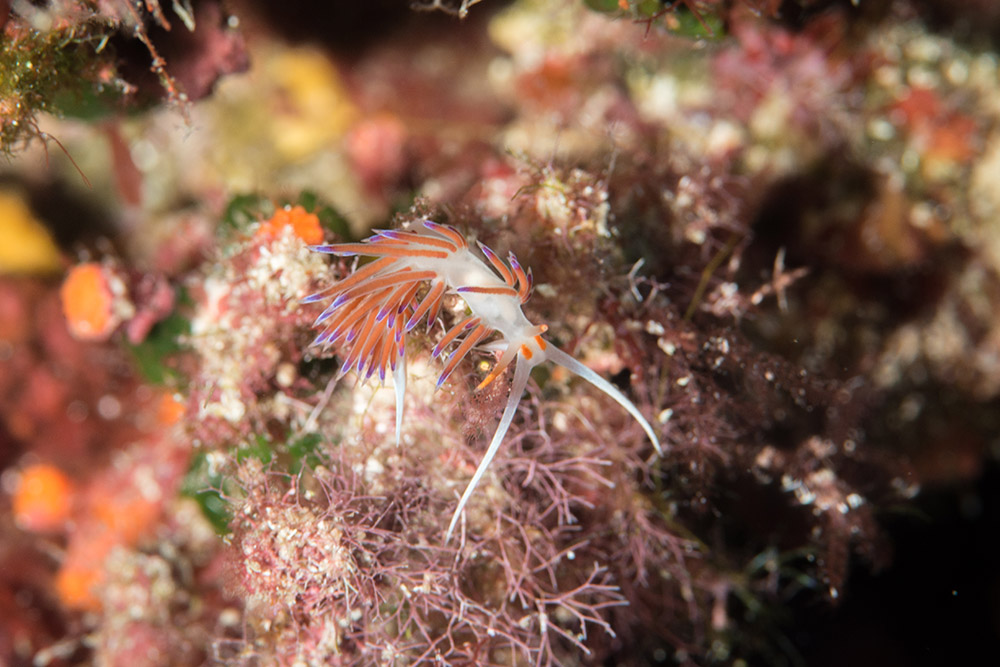 A recent paper from the University of Portsmouth in the UK, in the Royal Society journal Biology Letters reported that nudibranchs can demonstrate an unusual feeding strategy, which the researchers have named kleptopredation.

Dr Trevor Willis, a senior lecturer and course leader at the university, led the research into the behavior of nudibranchs, a family of sea slugs, off the coast of Sicily. He said: “This is very exciting, we have some great results here that rewrite the text book on the way these creatures forage and interact with their environment.”

The team was studying the Migrating Aeolid, Cratena peregrina. Like many species it preys on hydrozoans, but it is especially fond of hydrozoan polyps that have recently dined on plankton, meaning its diet was over fifty percent plankton.

Dr Willis said: “Effectively we have a sea slug living near the bottom of the ocean that is using another species as a fishing rod to provide access to plankton that it otherwise wouldn’t have.

“People may have heard of kleptoparasitic behavior – when one species takes food killed by another, like a pack of hyenas driving a lion from its kill for example. This is something else, where the predator consumes both its own prey and that which the prey has captured.”

This behavior is a mixture of direct predation and something called kleptoparasitic competition.

Closer examination showed that the nudibranchs were indeed eating a lot of plankton and in doing so were eating fewer hydrozoan polyps than expected and thus, the team suggests, may be extending the life of the colony. 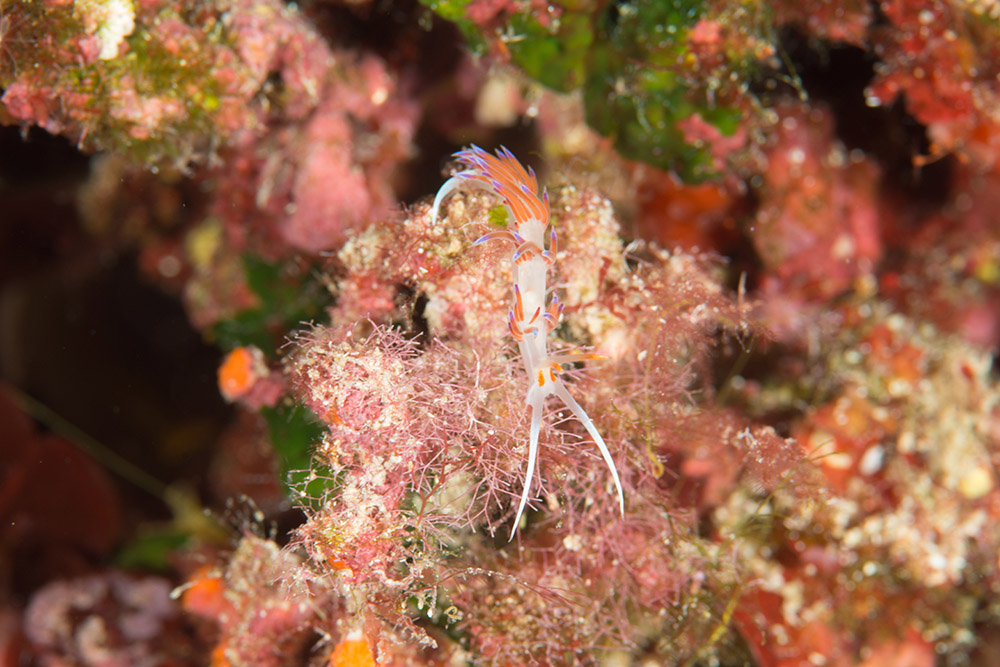 C. peregrina in the Mediterranean. Photo by the author

Quotes taken from press material provided by The University of Portsmouth.