New X is here from Kessil.

Here is the official press release from Kessil:

The Kessil A360X is an upgraded, redesigned successor of the popular A360WE LED aquarium
light, not only improving the solid design of the original, but also adding more groundbreaking
features to make it the best LED light in the market for reef and planted aquariums. 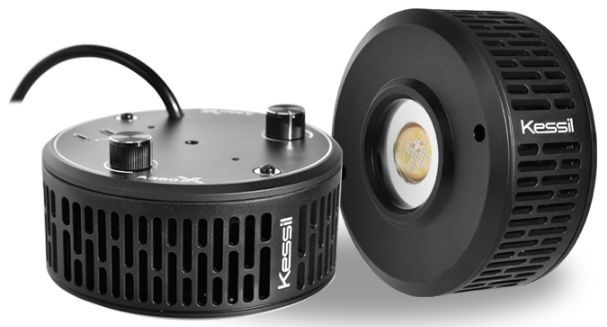 Kessil Lighting, a leading manufacturer of LED aquarium lighting, is proud to announce the A360X Tuna Blue, A360X Tuna Sun, and the Spectral Controller X. The A360X leverages the technology of Kessil’s award-winning pendant lights and makes it even better by achieving a higher Photon Volume Density (PVD), adding more individual colors, featuring a smarter communication method, improving transition points, and having light shaping capability. Like its predecessor, the A360X is a 90 watts pendant fixture with Tuna Blue model for saltwater and Tuna Sun model for freshwater aquariums. Thanks to the redesigned, first-class sunflower heat sink and high efficiency vortex fan, the A360X has 25% more light output with 30% less in volume size, equivalent to almost 80% higher PVD than the A360. The new design enables streamlined vortex airflow to dissipate heat more efficiently, and prevent accumulation of dust, which means longevity and reliability. This state-of-the-art fixture also features the latest and most efficient patented Dense Matrix LED technology from Kessil’s parent company DiCon Fiberoptics, Inc., while adding more individual color control, so users can have unlimited color combinations for aesthetics while maintaining the performance of the core spectrum. 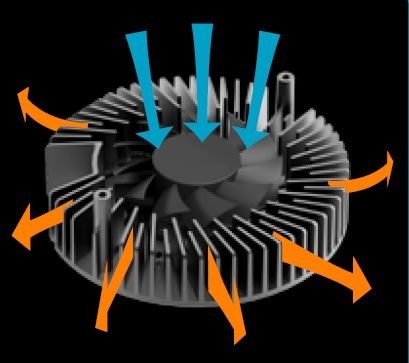 “The A360X is a masterpiece combining years of expertises in mechanical, thermal, software, and optical”, says David Lowry, Brand Manager at Kessil, “With the foundation of the most popular LED aquarium light A360 that features beautiful shimmer, superior color mixing, and unrivaled penetration, the A360X is pushing the limit even further to provide exceptional lighting for aquarium hobbyists and professionals.” 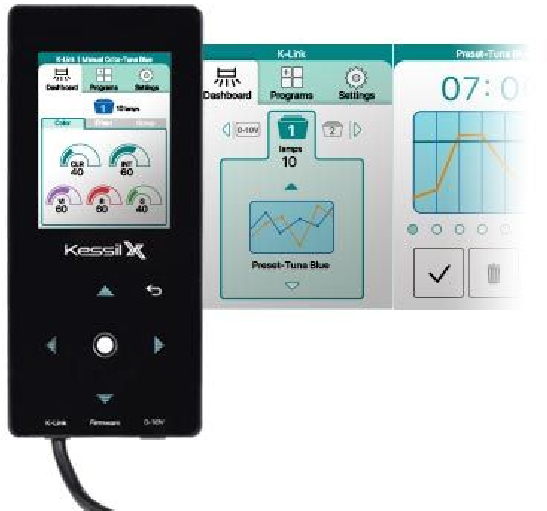 The A360X can also be used with optical accessories to shape light, allowing users to modify the look of the aquarium to their liking. The A360X can be controlled and programmed using the brand new Spectral Controller X and a WiFi dongle that will be launched shortly. These control accessories will take full advantage of the A360X’s features, whether it is full color control, custom lighting schedules, or moonlight mode. For mounting, it is compatible with the existing sleek-looking Mounting Arm and the A-Series Gooseneck. This revolutionary new light will be available for purchase in the
US in November at a retail price of ​$449​. Make sure to stop by MACNA 2018 Las Vegas to see the next generation lighting in action!

(2) Though it has the same A360 name, the technology within this A360X light is completely different.
(3) Kessil will also release a new “X” controller. It will operate A360X lights using digital signals (instead of 0 to 10 analog signals). This digital protocol is similar to ones used for professional theatrical lighting setups (DMX protocol), it will open up many possibility for future control schemes. We call this proprietary digital protocol, K-Link (Short for Kessil-Link)
(4) The fixture is also designed for attaching light modifiers. Users can change the spread of the light with modifiers.
(5) There will be 2 models, Tuna Sun (Fresh water) and Tuna Blue (Reef).
(6) The best in the class shimmering is still there….
(7) Delivery will start around Mid-November. Price to be announced at MACNA. It will be slightly higher than the existing A360.