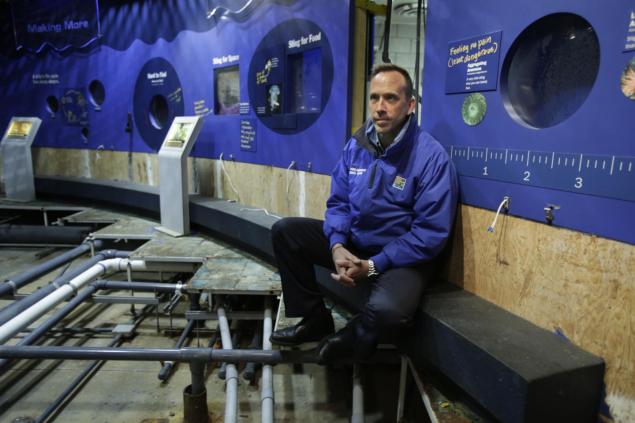 The New York Aquarium, closed since Hurricane Sandy smashed into Long Island back in October, is getting very close to reopening.  Aiming to open their doors again near the end of Spring, the aquariu has undergone a complete overhaul, replacing most of their electrical systems and areas of the park that were damaged.  When you think of the New York Aquarium, you might imagine a large facility in downtown New York.  In reality, the aquarium sits just off the Coney Island Boardwalk, which faces South on Long Island.  Sandy hit the tip of Brooklyn and the New Jersey shore especially hard, knocking out most of the life support systems for the animals and requiring an incredible effort by the staff to keep the animals alive.  John Dohlin, the Director of the aquarium, gave a pretty detailed description of what occurred to the NY Daily News, the full story can be viewed HERE.