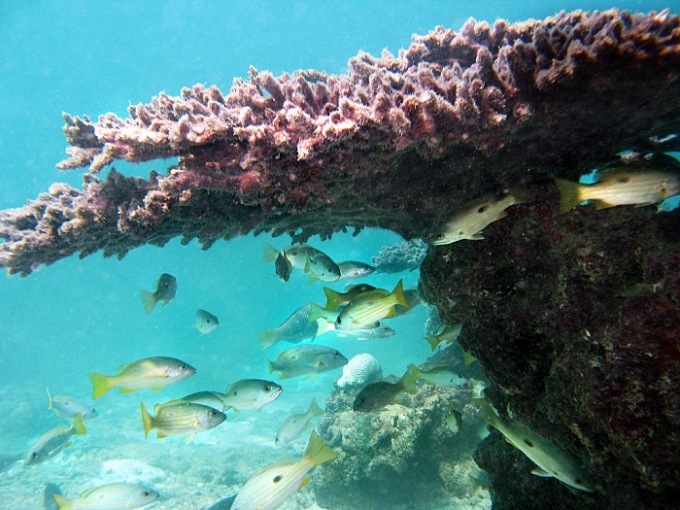 Researchers have traveled to the Middle East, to study coral in some of the Worlds hottest coral reefs, to see how they withstand such temperatures. Having lived in the Middle East for many years myself, and doing countless reef dives there, the water was some of the warmest I have ever dove in. Diving in the Middle East in the Summers was like swimming in warm bath water. The scientists went to Abu Dabhi to see how the corals could survive in such high temperatures, where they discovered a new species of algae from the coral samples taken.

The algae was named ‘Symbiodinium Thermophilum’ for the algae’s ability to withstand very high temperatures. The findings are published in the Journal Scientific Reports. Hopefully this discovery can lead to application to Coral reefs around the world, to fight global warming and coral bleaching. MORE