Next Weekend, There’s More to Omaha than just Corn and Tornadoes

Next Saturday, September 26th, marks the fourth anniversary of the much-loved aquarium store, Nebraska Aquatic Supply, which means that quite the party is in the works for patrons and devoted reefers alike! If you think that this is like any other anniversary sale, with a select few price cuts and coupons, you’re grossly mistaken. Owner and wrasse-hoarder Jim Gryczanowski has been organizing these anniversary fests since he opened his store in 2010, and each year is packed with raffles, VIP speakers, some really showstopping befinned guests, and a guaranteed good time. 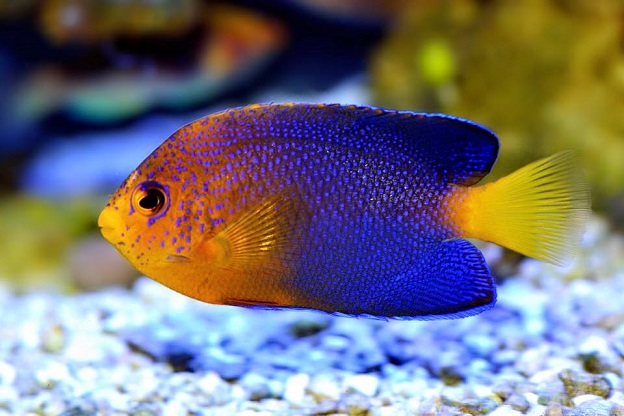 One of the many rare beauts in stock for the event! C.interruptus (Photo credit: Lemon Tea Yi Kai)

So what can you expect when you attend this year? Aside from tons of goodies to be given away, hundreds of corals and an impressive selection of fish, there will be a noteworthy lineup of guest speakers – Lemon Tea Yi Kai will be giving a little (and by little I mean fantastically in depth) cirrhilabrus breakdown, Larry DuPont is offering a sneak peak into the world of aquaculture and nutrition, Robert Lowery will be sharing his wealth of knowledge of planted tanks, Aquascaping guru Luis Navarro will be demonstrating a sweet Amano-style planted workshop, and Mr. Saltwater Tank, Mark Callahan, will be offering an informative and enlightening talk on the often overlooked topic of acclimation.  Additionally, they’ll be raffling off Mark’s 450 gallon Peninsula Tank, and you don’t even have to be in attendance to win (check out the video below for more details)! 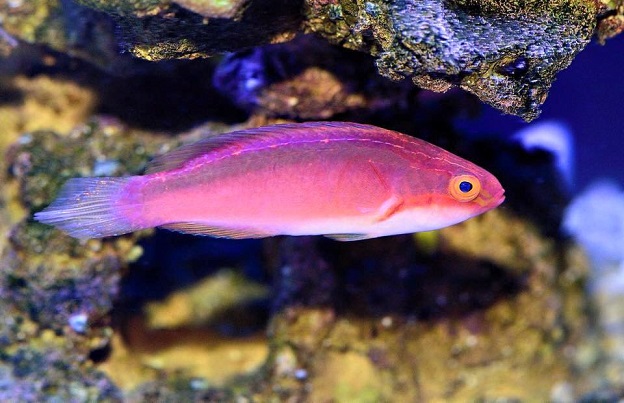 Who’s the Fairy-est of them all? The Lovely Lanceolatus available (Photo credit: Lemon Tea Yi Kai)

Amongst the usual suspects of tank inhabitants available, there will also be a slew of rarities up for grabs, or simply admiration, as these species are seen few and far between. Be on the lookout for the coveted Interruptus Angelfish, a strikingly rosy-hued Lanceolatus wrasse, a robust cf. squamipinnis “nobilis”, the always impressive Bandit Angel, incredibly cool Kamohara Fang Blennies and the truly bizarre Monocentris japonicus aka “Pinecone Fish”.

If all of this isn’t enough to entice you, there will be tasty eats and delicious, locally brewed beer provided by Upstream Brewing Company (for those of age, of course). It’s sure to be an exceptional event – don’t miss it!