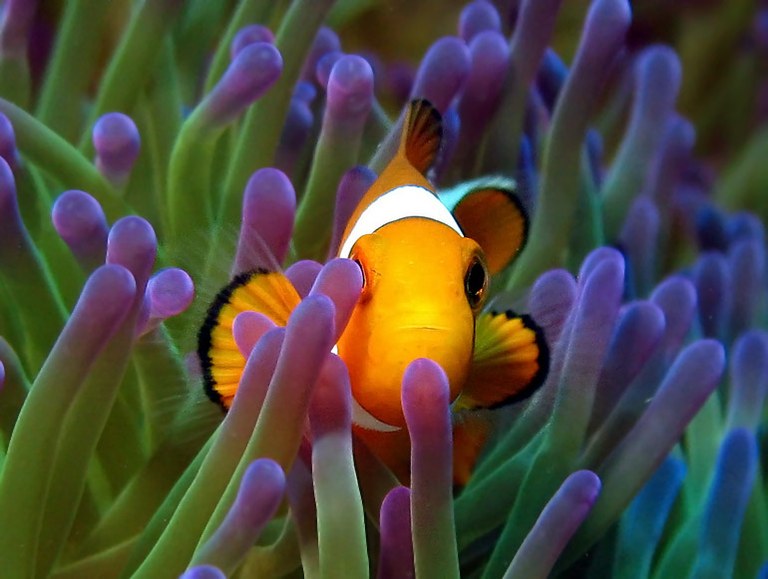 The sky is not falling


One year ago, the Center for Biological Diversity petitioned to list percula clownfish for Endangered Species protection.  Many hobbyists considered such ESA petitions a foreshadowing of the end of the aquarium trade, while a few even expressed mistrust for the process, which some regarded as political and not scientific.

But as it turns out, the science prevailed.  This week, after a 12-month status review, the National Marine Fisheries Service (NMFS) made its determination not to list this species for any protection.

For those unfamiliar with the history of this petition or ESA process (or want a refresher course), we encourage you to read Chris Jury’s two-part Advanced Aquarist article series: part 1 and part 2.

Because it is of particular interest to aquarists, we share the entire section about NMFS’ determination regarding the aquarium trade’s threat level to the species below.  In short, the NMFS concludes that even by conservative accounts, the aquarium’s annual collection amounts to 0.0076 percent of the estimated wild population and that the vast majority (up to 80%) of all imported percula clownfish may be aquacultured.

For the ESA factor of overutilization for commercial, recreational, scientific or educational purposes, we analyzed the threat of collection for the aquarium trade. We conclude that this threat has a low likelihood of having a significant effect on the species’ risk of extinction now or in the foreseeable future.

Rhyne et al. (2012) reported a total of 400,000 individuals of the species complex A. ocellaris/percula were imported into the U.S. in 2005. Of note is that data for the two species were combined and reported for the species complex in this report due to common misidentification leading to the inability to separate them out in the import records. More recently, the author provided NMFS with updated estimates based on newer data from 2008-2011, which indicate the number of A. percula alone imported into the U.S. was less than 50,000 per year (Szczebak and Rhyne, unpublished). Notably, this estimate does not distinguish between wild-caught and captively-propagated individuals from foreign sources. The Philippines and Indonesia account for 80 percent of A. percula imports into the United States according to the new species-specific information from Szczebak and Rhyne (unpublished data); however, these countries are outside the geographic range of A. percula, indicating that 80 percent or more of the imported individuals were likely propagated in captivity and not collected from the wild, or misidentified. Similarly, according to Tissot et al. (2010), the U.S. imports 50-70 percent of aquarium reef fish in the global trade. If we extrapolate the U.S. import estimate to infer global wild harvest for the aquarium trade, the number of globally traded wild A. percula in 2011 was likely closer to approximately 70,000-100,000 individuals, with as much as 80 percent potentially originating from aquaculture operations and not actually harvested from the wild (or misidentified if U.S. imports are considered representative of the global trade). If we conservatively assume that 100,000 orange clownfish are harvested from the wild annually (likely a vast over-estimate), this represents 0.0076 percent of our conservatively estimated wild global population size of 13-18 million individual A. percula.

Orange clownfish are currently collected at varying levels in three out of the four countries in which the species occurs. Papua New Guinea had a fishery for this species, but does not currently export for the aquarium trade. There is a small local aquarium industry, but collection for this purpose is likely minimal (Colette Wabnitz, pers. comm. 2015). Collection from the wild appears relatively limited in Vanuatu, the Solomon Islands, and Australia, according to U.S. import information. While A. percula are targeted in these aquarium fisheries, they are not the most sought after species in most cases.Show citation box

Additionally, anemonefish were among the first coral reef fish raised in captivity throughout their entire life cycle and now represent one of the most well-known and well-developed captive breeding programs for marine fish (Dawes, 2003). While quantitative information is not currently available to estimate the number of A. percula that are propagated in captivity, clownfish are widely described among the industry as an easily cultured aquarium species. A survey of marine aquarium hobbyists in 2003 revealed that only 16 percent of respondents had no concern over whether they purchased wild vs. cultured organisms; the majority of respondents indicated a preference for purchasing captive bred specimens (Moe, 2003). A more recent study reports that 76 percent of respondents to the same question indicated they would preferentially purchase cultured animals and an additional 21 percent said it would depend on the price difference (Murray and Watson, 2014).

Considering the estimated proportion of the population harvested annually, the principles of fisheries management and population growth, the ease and popularity of captive propagation of the species, and the apparent consumer preference for captively-reared fish for home aquaria, we have determined that overutilization due to collection for the aquarium trade has a low likelihood of contributing significantly to the extinction risk of the orange clownfish now or in the foreseeable future.