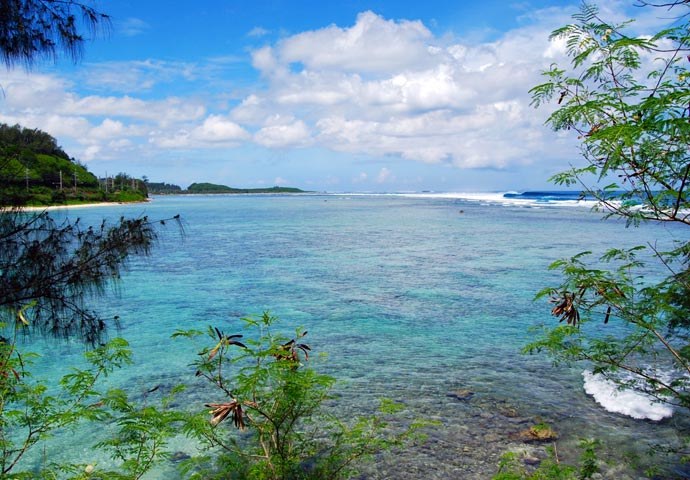 Cause for concern: The beautiful reefs of Guam are set to get a whole lot busier.

Over the next couple of years, the money will pay to monitor reefs, create education and public outreach programs, manage stormwater runoff, and hire additional workers to assist local agencies in conservation efforts, as well as a variety of other projects, according to the NOAA grant award document released by [Congresswoman Madeleine] Bordallo’s office.

While the military buildup will provide an economic boon for Guam, there is concern about its ecological impact on Guam’s most precious natural resource: their coral reefs. The US Navy has already agreed to delay plans to build berthing for visiting aircraft carriers in Apra Harbor until further studies of coral are completed.  Earlier in the year, Guam introduced the Coral Reef Protection Act as one of many proposed measures to help protect Guam’s reefs from the expected anthropogenic changes.

Guam is a territory of the United States located just north of the Coral Triangle and is home to some of the richest coral reefs in the world.  Throughout the past century, the island has experienced many ecological problems due to human activities (such as invasive species), so the local government is focused on protecting their natural resources.  To learn more about Guam’s coral reefs and what’s at stake, visit NOAA’s Coral Reef Information System.