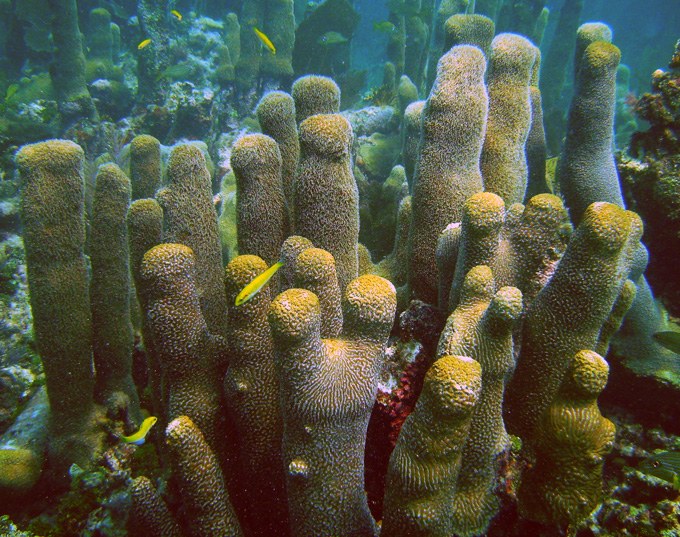 
This news is of particular interest to aquarists because many proposed species are commonly kept by reefkeepers; Advanced Aquarist provides the full proposed species list at the bottom of this article.

Under the Endangered Species Act, the taking, possession, sale and transport of endangered species is prohibited.  What this means for aquarists is that the corals given endangered status may not only become illegal to collect and import (and by extension, for aquarists to purchase) but also illegal to own or trade.  Prior ESA history tells us exemptions are unlikely.

Corals listed as threatened may remain legal to collect and own, although species-specific rules may also prohibit their collection and ownership.  For example, the two Caribbean Acroporids (Acropora palmata and Acropora cervicornis) are currently listed as threatened but they are both illegal to collect and own.  Note: In this proposal, NOAA is considering reclassifying these two species from threatened to endangered.

The proposed ESA list is many months from finalization, and NOAA will hold 18 public meetings in January through February, 2012 to allow the public to express comments before NOAA makes its decision. You can submit a public comment online via www.regulations.gov and enter NOAA-NMFS-2010-0036 into the keyword search. Also, there will be 18 public hearings held in January and February 2013. A schedule for those will be posted online at: www.nmfs.noaa.gov/stories/2012/11/82corals.html. NOAA will also hold several webinars to engage the public. Information on those will be listed on the websites listed below..

We suspect any coral listed as endangered will be subject to the historically strict regulations that govern species given endangered status (including prohibition of ownership and trafficking); However, the issue of regulation, enforcement, and penalties remain unclear at this time.  Advanced Aquarist will provide more information as they become available.

In compliance with a federal court ordered deadline, and consistent with existing international protections, NOAA Fisheries announced today that it is proposing Endangered Species Act (ESA) listings for 66 coral species, including 59 in the Pacific and seven in the Caribbean. This science-based proposal is more limited than the 2009 original petition that led to a settlement agreement and the court order. In order to ensure robust input, NOAA has been engaging the public since the process began three years ago. Before this proposed listing is finalized in late 2013, there will be a 90-day public comment period during which NOAA will hold 18 public meetings.

Earlier this year, the President directed that any potential future designations of critical habitat carefully consider all public comments on relevant science and economic impact, including those that suggest methods for minimizing regulatory burdens. Therefore, any potential future critical habitat designation in connection with today’s proposed listing will include a full analysis of economic impact, including impact on jobs, and to the extent permitted by law, adopt the least burdensome means, including avoidance of unnecessary burdens and costs on states, tribes, localities, and the private sector of promoting compliance with the ESA. As this process moves forward, NOAA will work with stakeholders to minimize any potential impacts of possible future action on the economy and jobs and, in particular, on construction, fishing, farming, shipping, and other important sectors.

Elkhorn coral is an icon of the Florida Keys, but was listed as threatened under the Endangered Species Act in 2006.

“Healthy coral reefs are among the most economically valuable and biologically diverse ecosystems on earth,” said Jane Lubchenco, Ph.D., under secretary for commerce for oceans and atmosphere and NOAA administrator. “Corals provide habitat to support fisheries that feed millions of people; generate jobs and income to local economies through recreation, tourism, and fisheries; and protect coastlines from storms and erosion. Yet, scientific research indicates that climate change and other activities are putting these corals at risk. This is an important, sensible next step toward preserving the benefits provided by these species, both now and into the future.”

Corals have measurable economic value for communities around the world. One independent study reported that coral reefs provide approximate $483 million in annual net benefit to the U.S. economy from tourism and recreation activities and a combined annual net benefit from all goods and services of about $1.1 billion. NOAA also estimates the annual commercial value of U.S. fisheries from coral reefs to be more than $100 million; reef-based recreational fisheries generate an additional $100 million annually.

Listing species as endangered does not prohibit activities like fishing or diving, but prohibits the specific “take” of those species, including harming, wounding, killing, or collecting the species. It also prohibits imports, exports, and commercial activities dealing in the species. These protections are not automatic for species listed as threatened, but can be established for them as well. Furthermore, if species are eventually listed, NOAA will consult with other federal agencies that permit projects that may harm corals to help avoid further damage. The consultation process allows NOAA to work with federal agencies and project proponents to develop ways for projects to proceed, but in a way that protects the long-term health of these important species.

NOAA has identified 19 threats to the survival of coral, including rising ocean temperatures, ocean acidification, and coral disease. As carbon dioxide increases in the atmosphere, the oceans warm beyond what corals can withstand, leading to bleaching, and the frequency and severity of disease outbreaks increase, causing die-offs.

This proposed listing is in response to a 2009 petition from the Center for Biological Diversity (CBD) to list 83 coral species as threatened or endangered under the ESA. In 2011, NOAA and the CBD entered into a stipulated settlement agreement requiring NOAA to submit for publication a proposal as to 82 of the 83 coral species by April 15, 2012. In March 2012, the District Court for the Northern District of California approved an amended settlement agreement ordering NOAA to submit a proposal regarding the 82 coral species on or before December 1, 2012. All of these coral species being proposed for listing are already protected under the Convention on International Trade in Endangered Species.

NOAA used the best available scientific information to assess the status of the species and decide if the species met the ESA’s definitions of endangered or threatened. Earlier this year, after publication of a peer-reviewed status review report and a draft management report, NOAA took an additional step of seeking public comment prior to proposing the listing. NOAA received approximately 42,000 comments and collected 400 relevant scientific articles, reports, or presentations, which were all considered when making the proposed determination.

NOAA’s mission is to understand and predict changes in the Earth’s environment, from the depths of the ocean to the surface of the sun, and to conserve and manage our coastal and marine resources. Visit us at www.noaa.gov and join us on Facebook, Twitter and our other social media channels.

For more information, background documents, and instructions on submitting comments, go to http://www.nmfs.noaa.gov/stories/2012/11/82corals.html