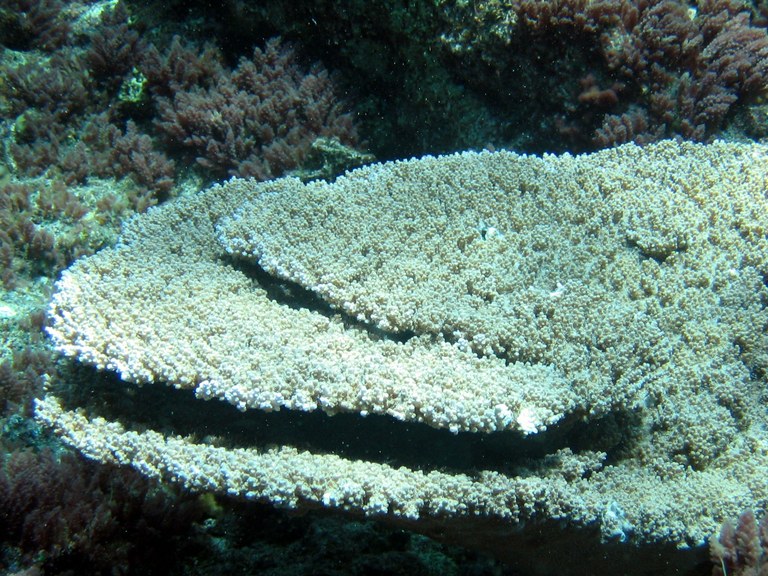 Acropora cytherea is a stony coral which forms horizontal table like structures.


Given its common name due to its flat-topped, table-like shape, table coral (Acropora cytherea) is one of the primary reef-building corals throughout most of the tropical Pacific, but it has never been observed in waters off O’ahu – until now, researchers said. The coral, estimated to be 14 years old, was found at a depth of 60 feet during a training dive.

“This discovery represents a significant contribution to the diversity of O’ahu reefs,” said Daniel Wagner, Ph.D., NOAA research specialist with Papahānaumokuākea Marine National Monument. “Hawai’i may be in the process of being colonized by table coral from Johnston Atoll or other neighboring tropical archipelagos.”

Table coral is abundant at Johnston Atoll, 800 miles southeast of Honolulu. However, it is rare in Hawai’i, where its distribution is limited to French Frigate Shoals and neighboring atolls in the Northwestern Hawaiian Islands.