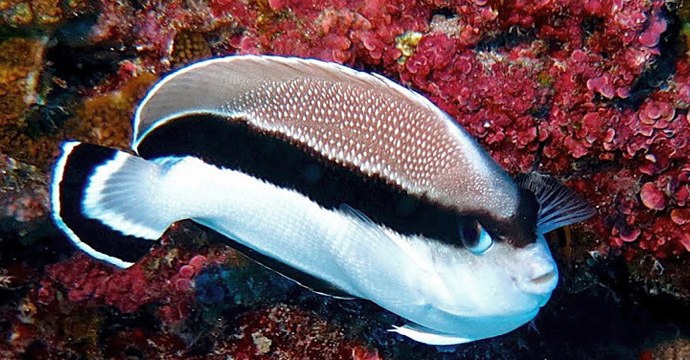 Deep coral reefs in Papahānaumokuākea Marine National Monument (PMNM) may contain the highest percentage of fish species found nowhere else on Earth, according to a study by NOAA scientists published in the Bulletin of Marine Science. Part of the largest protected area in the United States, the islands, atolls and submerged habitats of the Northwestern Hawaiian Islands (NWHI) harbor unprecedented levels of biological diversity, underscoring the value in protecting this area, scientists said.

Hawaii is known for its high abundance of endemic species — that is, species not found anywhere else on Earth. Previous studies, based on scuba surveys in water less than 100 feet, determined that on average 21 percent of coral reef fish species in Hawaii are unique to the Hawaiian Archipelago.

However, in waters 100 to 300 feet deep, nearly 50 percent of the fish scientists observed over a two-year period in the monument were unique to Hawaii, a level higher than any other marine ecosystem in the world. The study also found that on some of PMNM’s deeper reefs, more than 90 percent of fish were unique to the region. These habitats can only be accessed by highly trained divers using advanced technical diving methods.

“The richness of unique species in the NWHI validates the need to protect this area with the highest conservation measures available,” said Randy Kosaki, PMNM’s deputy superintendent and co-author of the study. “These findings also highlight the need for further survey work on the monument’s deeper reefs, ecosystems that remain largely unexplored.”

Data for the study was collected during two research expeditions to the NWHI aboard the NOAA Ship Hi’ialakai in the summers of 2010 and 2012. Some of the unique fish species that were observed include: Redtail Wrasse (Anampses chrysocephalus), Thompson’s Anthias (Pseudanthias thompsoni), Potter’s Angelfish (Centropyge potteri), Hawaiian Squirrelfish (Sargocentron xantherythrum), Chocolate Dip Chromis (Chromis hanui), Masked Angelfish (Genicanthus personatus), and Blueline Butterflyfish (Chaetodon fremblii).