A new study, published in Nature Communications, indicates that noise pollution can be deadly for many species of fish. Noise pollution can be created above or below the water. For example, it can noise made through motorboats, cruise ships, sonar probes and even motor vehicles and planes. The problem comes is  due to the fact that many animals use sound to help locate their food, alert each other to predators and for mating purposes. So with lots of unnatural outside noise present, some animals may not able to function accordingly. Scientists studied damselfish  (very common in saltwater tanks) and discovered that the fish become distressed when affected by the outside noise, noting that the fish consumed 20 to 30 percent more oxygen than when the noise wasn’t present. Increased oxygen consumption is a sign of stress in fish. 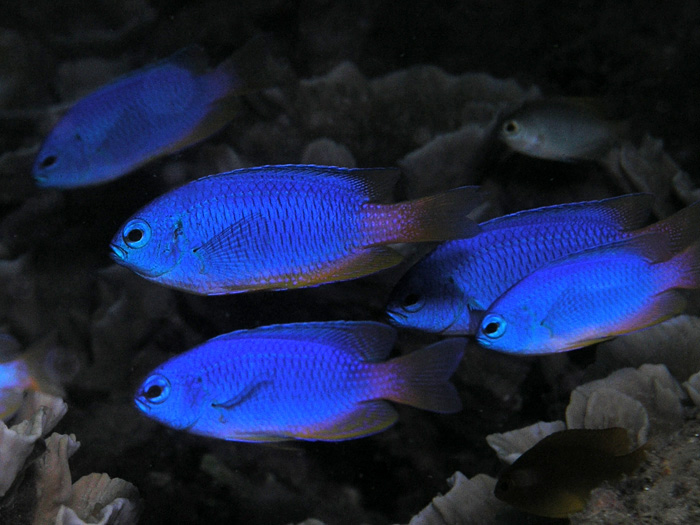 Stephen Simpson of the University of Exeter, and other scientists, studied damselfish in the wild and in captivity. Whether the sounds were created in a lab or captured in nature, the results were the same. The scientists discovered that when Damselfish became stressed by overhead noise, their ability to avoid predators becomes reduced. The study demonstrated that the stressed damselfish were six times less likely to evade predators and two times more likely to end up as prey, compared to when they didn’t have the noise. “The combination of stress and poor responses to strikes by predators in why these fish become such easy prey,” said Andy Radford, a co-author of the study and a researcher at the University of Bristol.
The problem of noise polution and aquatic animal health is by no means limited to Damesel fish. Some recent research has shown that pile-driving, seismic surveys and especially heavy traffic along  shipping lanes used by migrating whales have affected their ability to feed and communicate. MORE