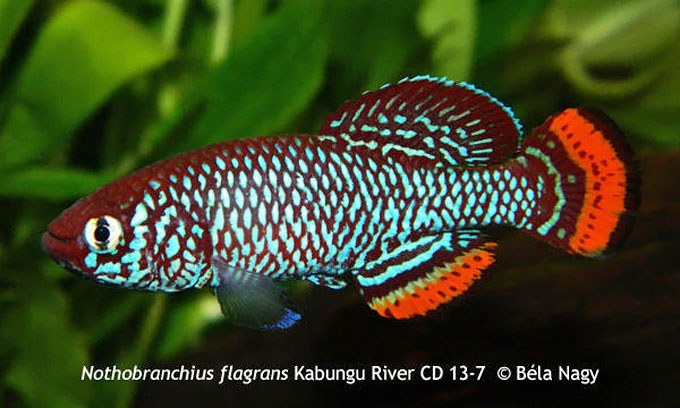 It’s pretty shocking to see we are only now discovering species this outrageously ostentatious, isn’t it?  It goes to show how much of our planet we’ve yet to learn.

Nothobranchius flagrans is a new and absolutely breathtaking species described from swamps of the Mufufya River, tributary of the Dikuluwe system in the lower Lufira drainage in Katanga province of Democratic Republic of Congo.  The killifish is described in December 2014’s issue of Ichthyological Exploration of Freshwaters.

Nothobranchius flagrans is an annual killifish, meaning they spend their entire lives living in temporary bodies of water – waters that fill during the rainy season but completely dessicate during the dry seasons.  This also means the fish have a complete life cycle of just one year (hence the name, annual fish, like annual flowers).