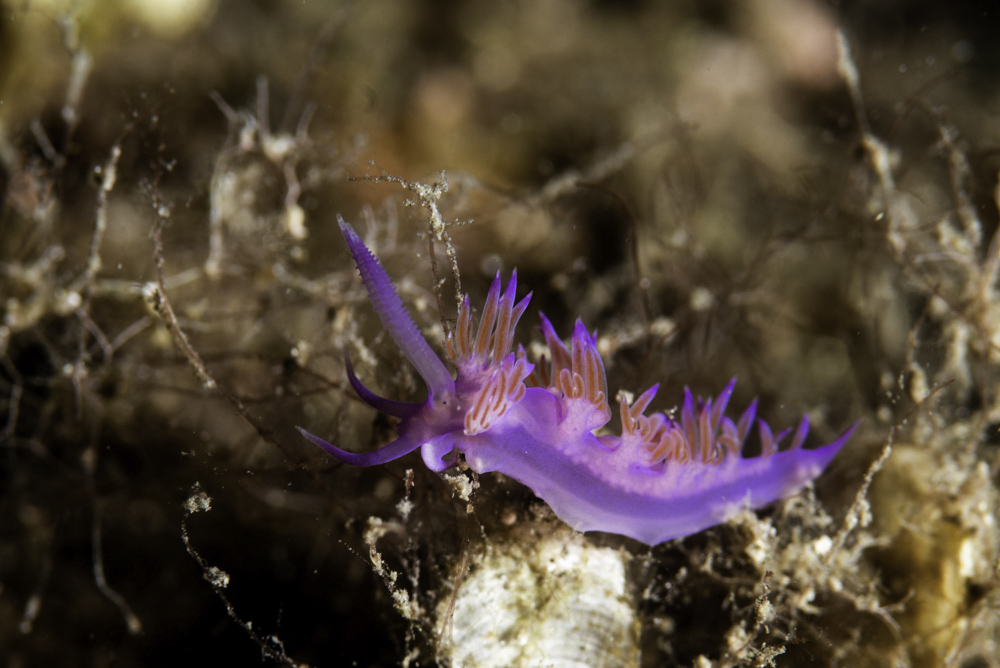 Nudibranchs are a source of endless fascination to many underwater photographers, with entire ‘festivals’ held in nudi hotspots such as Anilao in the Philippines; there’s even an event in the cold waters of Scotland.  Nudibranchs can sometimes be mistaken for flatworms, and vice versa, and whilst both are fascinating and often equally colorful, it is useful to be able to determine which is a flatty and which a nudi.  Here’s a simple guide to some of the most obvious physical differences. 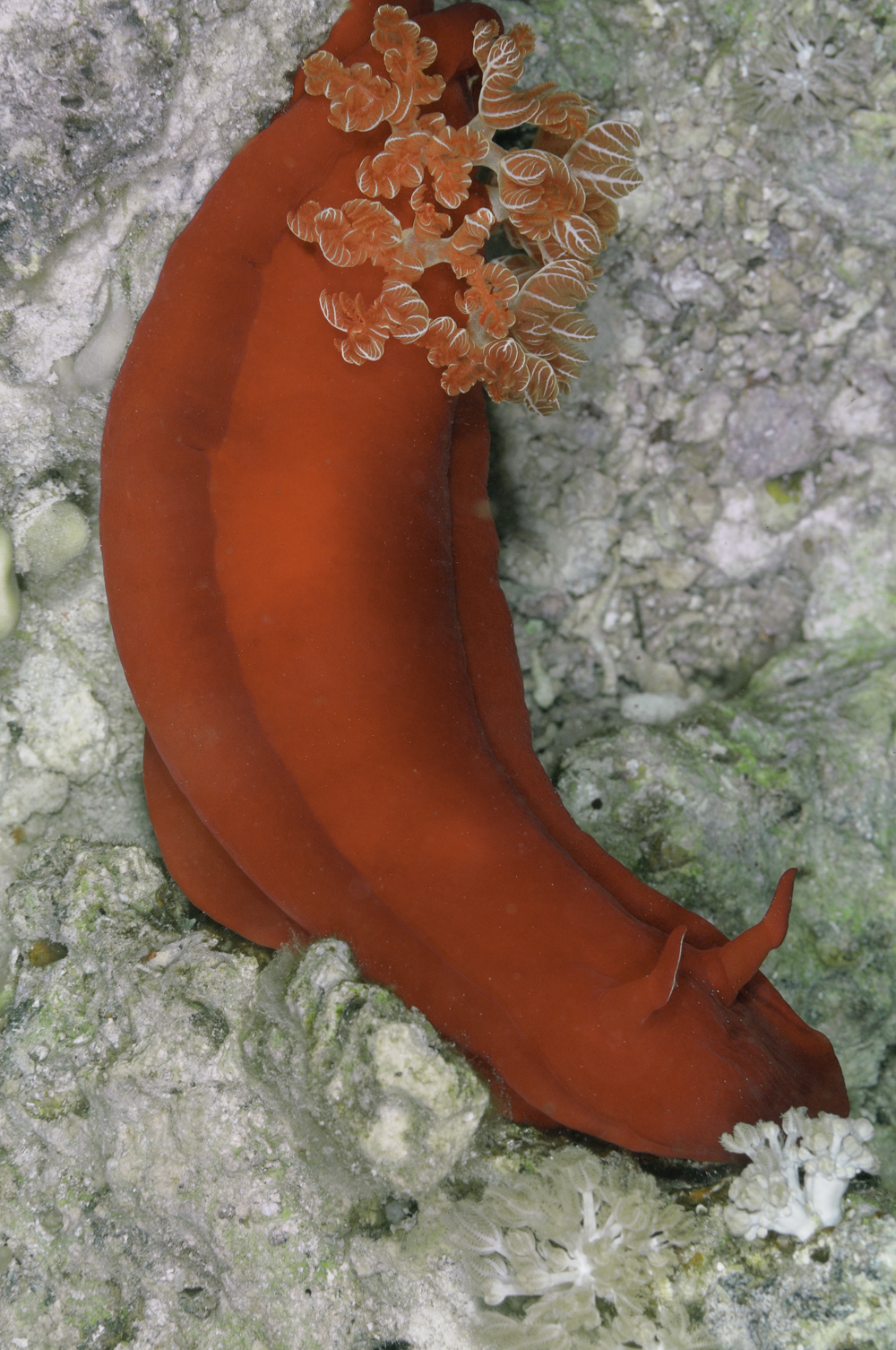 Nudibranchs are part of the mollusc grouping.  Thee are many subdivisions and confusing clarifications that excite taxonomists and confuse the rest of us, but for our puposes I’ll stick with this simple classification.  The Spanish Dancer (Hexabranchus sanguinea) above is a large nudi, which shows all the key nudibranch features:  sensory organs known as rhinophores at the front end, and naked gills (literally nudi and branchus) on the dorsal surface. 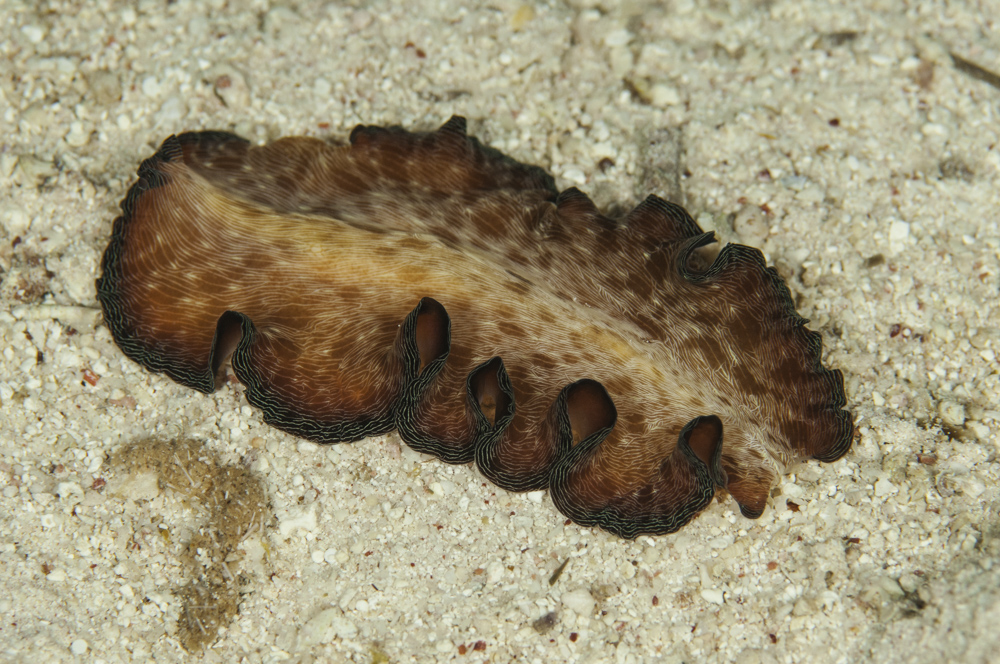 This fellow, Pseudobiceros fulgor, is a typical flatworm.  It lacks gills or any obvious protrusions from the body and is, as the name suggests, an annelid, a type of worm.

The difficulty can start when the two biologically distinct types of animal start to resemble each other.  Take the Spotted Doris pictured below, for example.  You need to look really close to see the animal’s rhinophores. Its vestigial gills are out of view.  You could easily confuse this nudi for a flatworm. Rhinophores often have complex whorls and textures to increase their surface area, thus aiding with their chemosensory function. 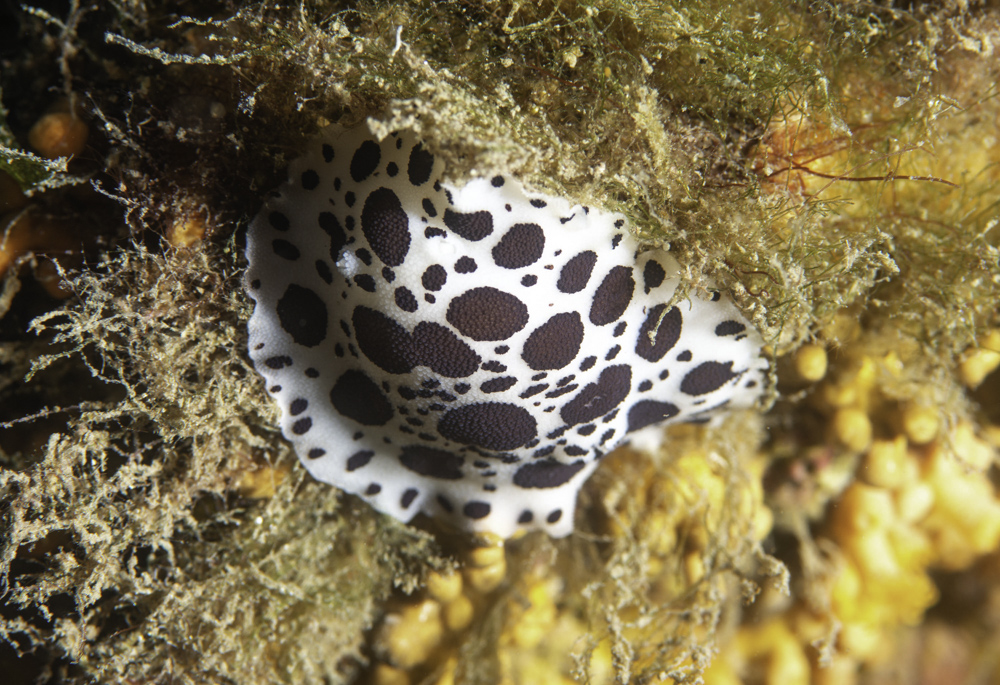 This critter (Chromodoris sp.) is an easily recognised animal and advertises its toxicity (which it derives from its sponge based diet) with bright warning  colors. 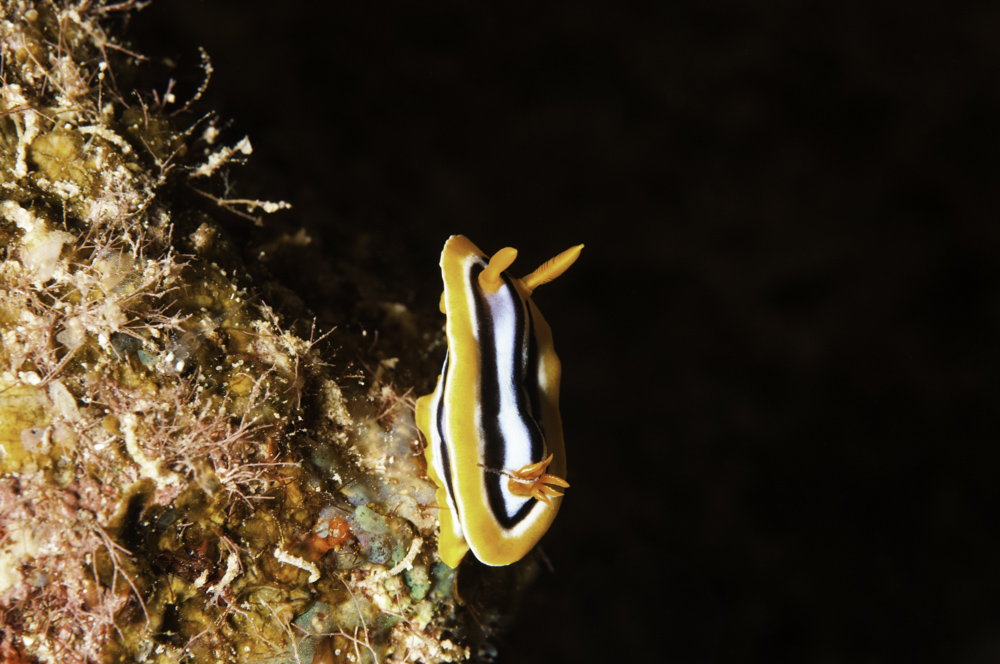 Sometimes flatworms will appear to have rhinophores, but they are actually just extensions of the body margin.  P. bedfordii is a classic example. 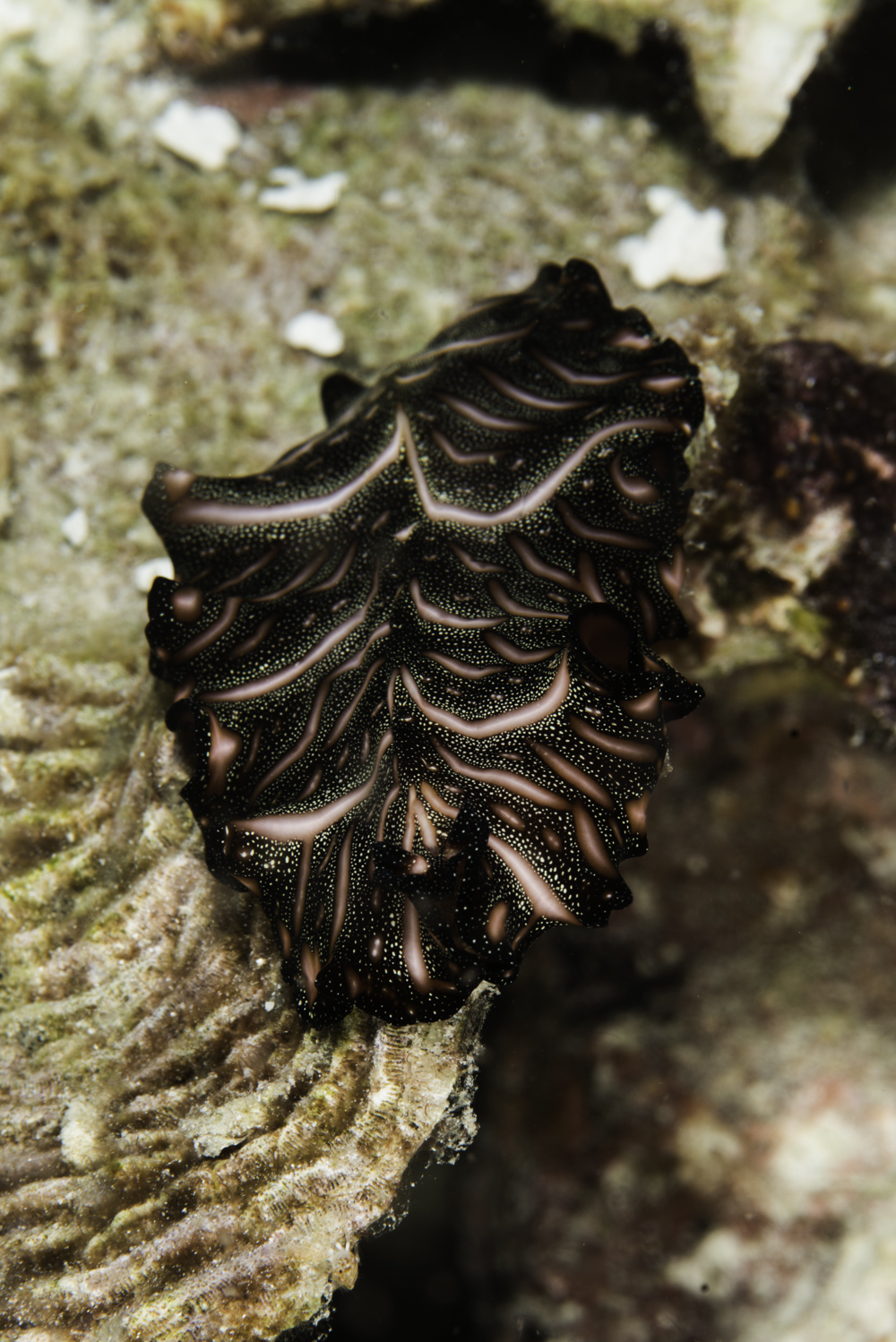 Here’s another flatworm species, this time from the Maldives, which shows typical ‘false horns’. 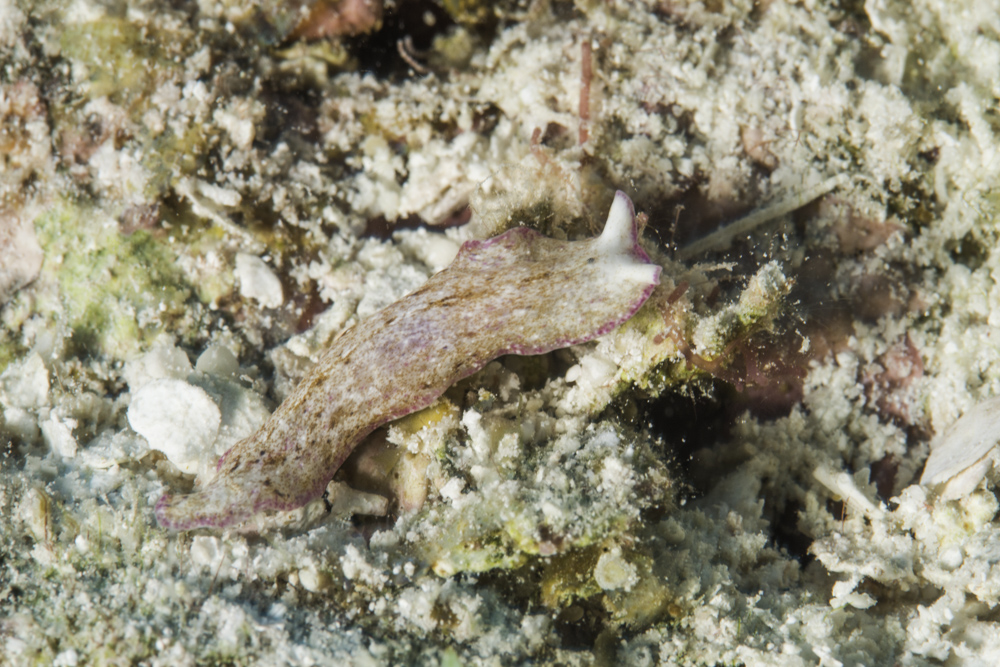 The more troublesome animals are the sacoglossans, which appear to be both or neither depending on your point of view.  They are in fact molluscs which feed on marine algae.  This one is Thuridella hopei from the Mediterranean. 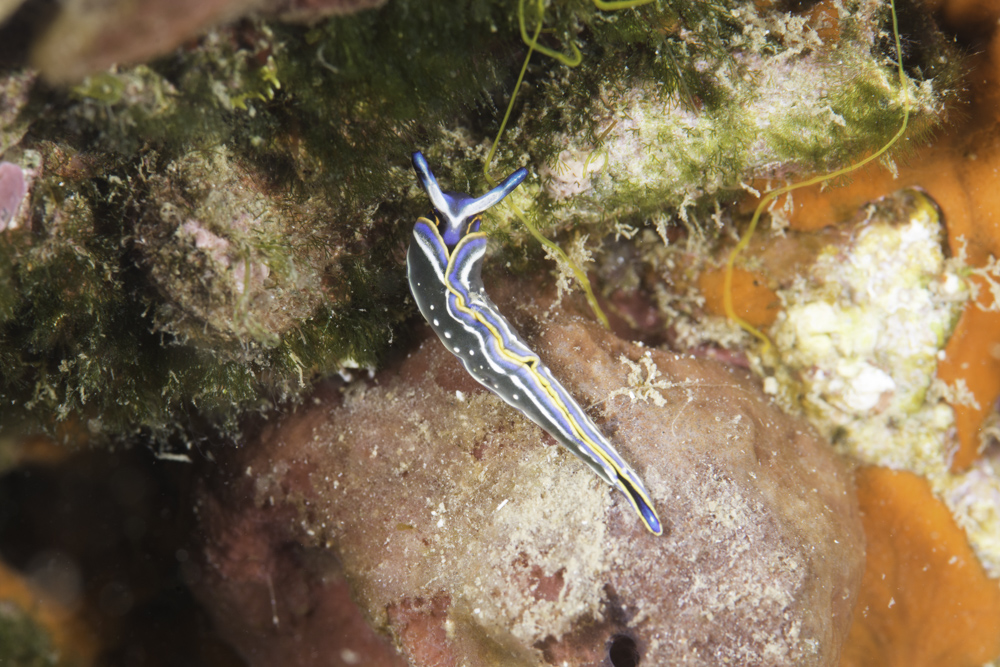 Sea Hares such as this Dolabella auricularia at a whopping 30cm have quite distinct protrusions that give them their common name.  They are molluscs, despite looking very similar to some flatworms. 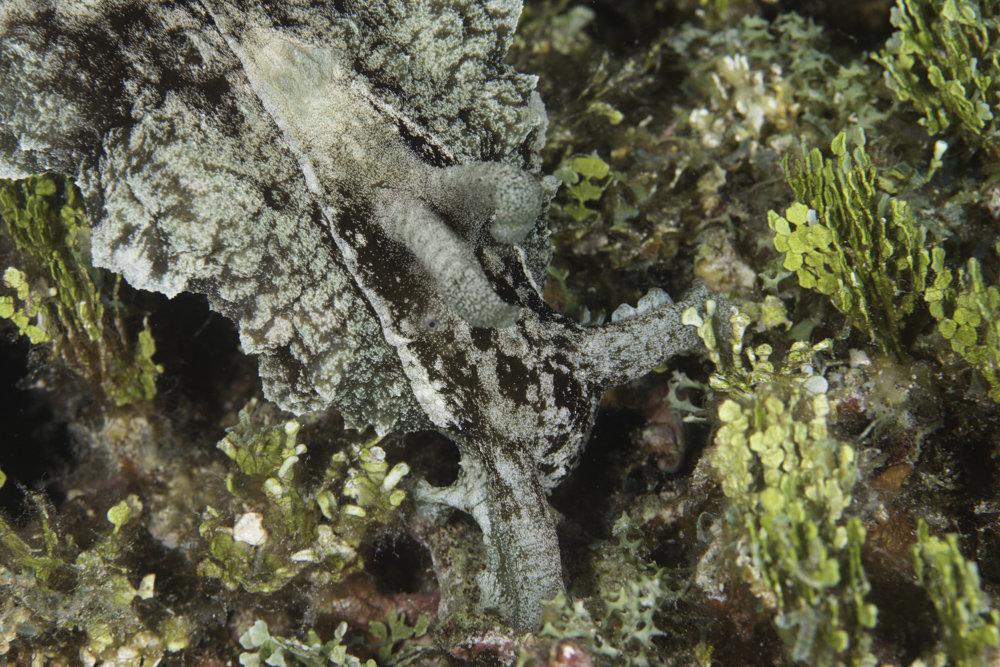