Obama’s Expansion Action: What Does It All Mean For “Lazy” Fish 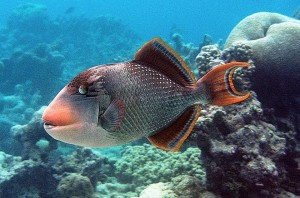 I’m not quite sure what constitutes a “lazy fish” but I guess we’re all about to find out. Yesterday, Thursday September 25, 2014, President Barack Obama took it upon himself (in lieu of Congress) to expand the Pacific Remote Islands National Monument, originally instilled by President Bush during his term. The expansion covers an area six times the original ocean area around various Islands of the South Pacific, excluding four islands utilized by Hawaii-based Tuna fishing fleets in hopes of preventing economic hardship. Under the Antiquities Act, Obama was allowed to do this at his whimsy. How sweet of him. While I don’t necessarily agree with his methods of going about the expansion, this is all fine and well and the oceanic population could very well benefit from the move, specifically “lazy fish”. What in the hell does that actually mean, you ask? Let me expand for a moment. Think about the area that this Monument covers. Now think about your fish  . You’ve got your “traveling fish”, the explorers, the wanderers, the dreamers. They come and go as they please and relish in enjoying the world. They want to see everything! I would categorize myself as a “traveling fish”. They go well outside the boundaries of the expansion and thus are more likely to be scooped up out of the ocean. Even before the expansion was instilled, very little fishing occurred in the area aside from Tuna fishing. I would categorize myself as a “traveling fish”. Then you’ve got your “lazy fish”. The homebodies. These guys are perfectly content where they are, couch surfing in their anemones and avoiding any sort of adventure or drama. Fish who stay within this safe zone are able to fruitfully reproduce and exist, passing along their secluding habits to their offspring (party poopers). The result? Healthier marine fish populations. I would categorize Jared as a “lazy fish”. So it’s simple, don’t leave the safe zone and you won’t get fished out of the sea. That being said, what kind of fish do you want to be? Personally, I’d rather take the risk of getting eaten up any day in hopes of seeing the world. On the surface, there are few downsides to the monumental expansion, but I’m curious to see how this all will play out.