Lurking throughout the Caribbean is a petite piscine which rarely goes noticed and of which little is written—the Blackbelly Blenny. This charismatic little fish is not quite like anything else available to aquarists, especially with regards to its idiosyncratic way of crawl-swimming about the reef. And, with a maximum size of just 5cm, this is definitely a species with great potential in smaller aquariums.

Precisely where this genus fits within this diverse group has been contentious. Morphologists have vacillated between a placement with the chaenopsids (both groups being scaleless) and near the labrisomid genus Paraclinus (based on the dorsal fin being comprised mostly of spines). The recent molecular study of Lin & Hastings 2013 sides with this second hypothesis. 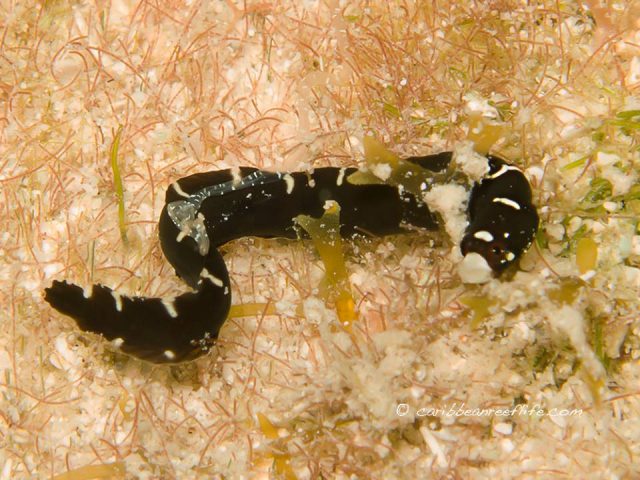 Little seems to be known about this beguiling fish in any detail. It is said to be carnivorous, and the only aquarium record I could find (seen in the video at the top of this post) mentions that live copepods were initially required to get a feeding response (in time, it learned to accept frozen foods from a pipette). The sexes are said to differ considerably in appearance, with the males typically being a dark-brown, with a characteristic white dorsal stripe. Females, on the other hand, are mostly colorless, with a few fine dark lines beneath the eye, though there is apparently also a light morph of the male which can appear similar. 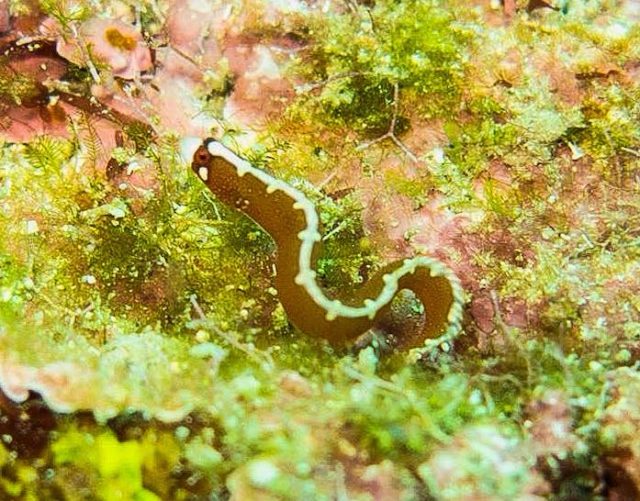 Beyond these basic facts, not much else can be said of this lilliputian labrisomid. The rare videos shown here give an indication of the unique manner in which this fish locomotes, seemingly a mix of swimming and a serpentine crawl. With its cryptic demeanor and small size, it’s no wonder that the Blackbelly Blenny has stayed off the aquarium radar for so long, but this is definitely a species with much to offer for those seeking something out of the ordinary for a nano or pico tank.