Ocean Acidification | Beyond the Clownfish 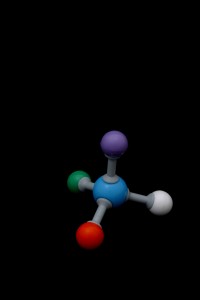 There’s been a lot of reports published lately about the acidification effects of the oceans on clownfish, and I’m sure you’ve read something already, so I’m not going to cover that here. What I would like to talk about is the effects it may have on calcifying species such as hard corals and snails. As has been documented, the oceans are increasing in acidity because of increased CO2 diffusing into the water. This can be thought of basically like a big calcium reactor. The way a calcium reactor works is that as the CO2 is injected into the water, the pH drops. This is the increased acidity that is happening in the oceans today, and just like in a calcium reactor, it greatly effects anything calcium based. Lower pH, or high acidity, is used to break down aragonite in reactors to add calcium to the aquarium water, and if the conditions are right in the ocean it will do the same. What this means for the calcified creatures in the ocean is that pH may be too low one day allow deposition of calcium in animal shells and skeletons, and if it gets bad enough it may even dissolve already deposited calcium. This could not only destroy calcified creatures, but it could disturb the balance of the oceans killing everything! Greenhouse gases truly are everyone’s concern.

This weekend a team of researchers published findings from a study located near the shores of a dormant volcano where CO2 bubbles going into the water has increased acidity. They found that calcified animals such as corals and snails are not able to live in this area. It is instead populated by plants that favor these conditions.

I don’t like to think of myself as a crazy environmentalist, but this situation truly needs to turn from something being analyzed to something that action is taken to fix. The worlds oceans sustain us all, and we cannot afford to lose them.