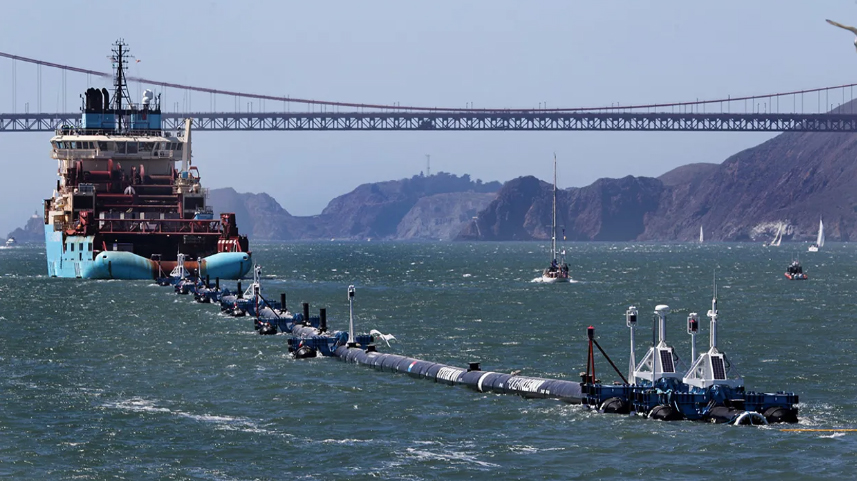 A huge floating device designed by Dutch scientists for the non-profit Ocean Cleanup successfully captured and removed from the Great Pacific Garbage Patch, the company announced Wednesday. Ocean Cleanup has been working hard to improve its device and attack the plastic waste environmental crisis for seven years. The device that captures plastic in its fold like a giant arm, according to Business Insider.

The company announced that it was able to capture and hold debris ranging from large cartons, crates and abandoned fishing gear, lost netting and other debris and microplastics that are as small as one millimeter, according to an Ocean Cleanup press release.

“Today, I am very proud to share with you that we are now catching plastics,” Ocean Cleanup founder and CEO MORE