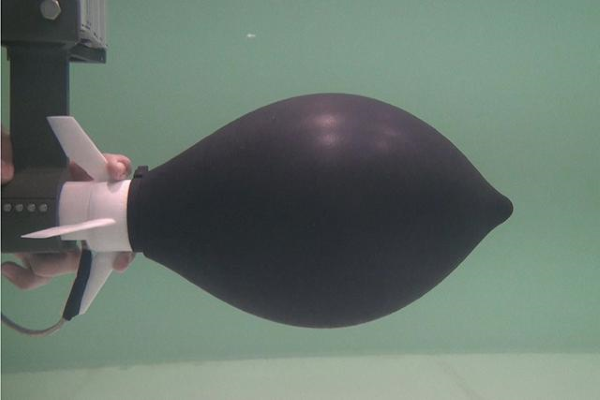 A group of scientists from the University of Southampton, Massachusetts Institute of Technology (MIT) and the Singapore-MIT Alliance for Research and Technology have developed a submarine that could help define new levels of underwater exploration. The submarine would be the fastest underwater vehicle ever developed. The super fast sub will be able to accelerate  from 0 to 60 miles per hour in one second.

The submarine’s propulsion system is inspired by the biology of the Octopus.  The vehicle will be built like a deformable octopus-like robot with a 3D printed skeleton with no moving parts and no energy storage device other than a thin elastic outer hull. The sub’s unique design allows it to inflate and deflate through water moving from the base much like an octopus’ siphon. Unlike conventional submarines powered by large engines and propellers, this sub has very few moving moving parts. By using this method of propulsion, the vehicle will be able to maneuver around obstacles like coral reefs with ease. MORE