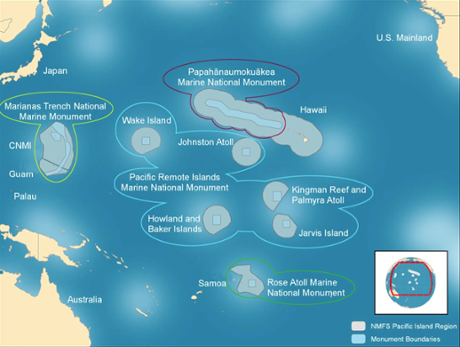 Back on January 6, 2009, President George W. Bush established the Pacific Remote Islands Marine National Monument under the Antiquities Act of 1906. Incorporating nearly 86,888 miles within its boundaries, the monument covers nearly 50 nautical miles, including several pacific reefs within its reach. No surprise here, but Thursday September 25, 2014, President Barack Obama went about his preferred method and completely went over Congress to expand the monument to nearly 6 times its size – or about 490,000 miles. The above photo shows the size of the original monument, and a visual of what the expansion would look like is featured below. This expansion will ban commercial fishing and deep sea mining within the set borders – including the tiny state of Kiribati around the Pheonix Islands. That specific region will be protected within 158,000 square miles, or roughly the size of the state of California. The seas around four of those islands, Howland and Baker islands, Palmyra atoll and Kingman Reef, are excluded from the expansion due to protests from Hawaii-based tuna fleets and will be open to fishing. So what’s the goal here? Here’s a word from the White House on the matter:

“Expanding the monument will more fully protect the deep coral reefs, seamounts, and marine ecosystems unique to this part of the world, which are also among the most vulnerable areas to the impacts of climate change and ocean acidification.”

“We have very few places left in the ocean that are still near pristine and it is very important to protect them,” said Enrique Sala, explorer-in-residence for National Geographic.

“These marine protected areas are very important for the ocean. The reason why we are going to get more countries to do them is because the whole biosphere, including the fish, need to be able to regenerate,” she said. “If everyone is just fishing, fishing, fishing, there is no space for that to occur.”, explains=Catherine Novelli, undersecretary of state for economic growth, energy and the environment.

It’s not clear how the expansion will effect collection of reef species within the aquarium trade – I’d be interested if anyone had further information on that. Read more about the whole plan at The Guardian. Also be sure to check out the official fact sheet on the expansion over at www.whitehouse.gov. 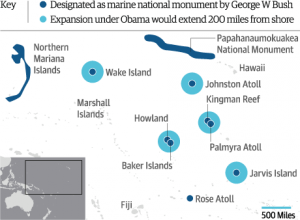 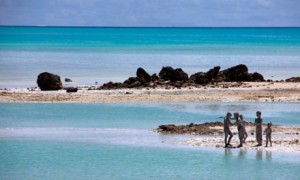