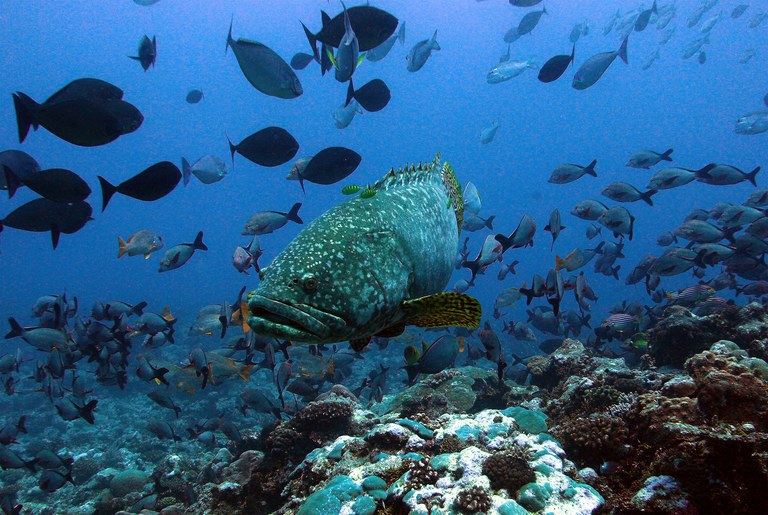 One of Australia’s leading coral reef ecologists fears that reef biodiversity may not provide the level of insurance for ecosystem survival that we once thought.

In an international study published today, Professor David Bellwood from the ARC Centre of Excellence for Coral Reef Studies (Coral CoE) says we need to identify and protect the most important species within reef ecosystems.

In coral reefs, just as in any modern-day society, there are vital jobs that keep the ecosystem safe and functioning.

Professor Bellwood says, in many cases, a single species of fish carries out a unique and essential role, making the ecosystem vulnerable to loss of that species.

Professor Bellwood and a team of international colleagues, led by Professor David Mouillot from the University of Montpellier, examined the ‘jobs’ of over six thousand coral reef fish species across 169 locations worldwide.

“What we often assume is that if we lose one species on a reef, there are many others that can step in and take over their job,” Professor Bellwood explains.

But he and his colleagues fear that’s not the case. They believe if a reef ecosystem were to lose a species that carried out a ‘specialist’ role, the impact could be profound.

“We could easily lose a type of fish that has no substitute, no replacement,” Professor Bellwood says.

“Unfortunately we have become complacent, we have assumed that biodiversity will buy us some time and give us some insurance, but that’s not necessarily the case.”

“It’s not about numbers of species,” adds Professor David Mouillot. “Biodiversity is important and desirable in an ecosystem, but it is not necessarily the key to being safe and secure”.

Professor Bellwood singles out the parrotfish, explaining that out of thousands of reef fish species, on the Great Barrier Reef only one parrotfish species regularly performs the task of scraping and cleaning inshore coral reefs.

“This parrotfish is a particularly valuable species,” he says, likening this finding to a large city with many inhabitants, but only one doctor.

“To protect ecosystems, we need to ensure that specific jobs are maintained,” Professor Bellwood says. “And that means we must protect the fish that do them.”