Miami’s unique human-engineered waterways have inadvertently provided us with a crucible in which to observe corals evolving in real time. By encrusting the City’s infrastructure and cementing our detritus together, Miami’s urban corals demonstrate they are capable of colonizing our world in a post-sea level rise future. 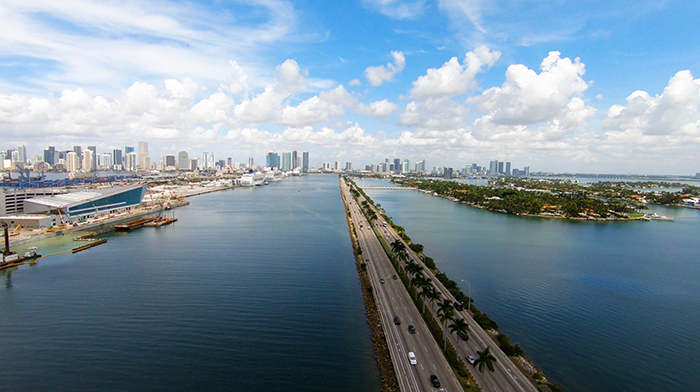 Coral Morphologic first employed the adjective super to characterize an evolutionarily-advanced coral that had pioneered (as a larva) into a disturbed man-made environment, settled, and thrived to adulthood – as opposed to using the word to memeify a coral that has survived a bout of bleaching or disease. Because of the difficulties involved with determining the genet age of a coral in the wild, identifying so-called super corals is difficult on a natural reef. For instance, it is possible that a fist-sized coral could be a juvenile recruit just a few years post-metamorphosis, or it could be a lone-surviving clonal remnant of a coral that settled long before humans began belching industrial gases into the atmosphere.

Therefore, Coral Morphologic posits the surest way for scientists to identify these evolutionary trailblazers is to seek out the healthiest corals living on man-made infrastructure in a heavily-altered environment. Fortunately for researchers, estimating the age of corals growing on submerged man-made infrastructure is simple, as most artificial habitats have a recorded date of deployment. Armed with historical information, a scientist is empowered to study these opportunistic corals with far more certainty of their birthdate than those encountered offshore on the natural reef tract. In Miami, we know the rocks colonized by corals along the MacArthur Causeway were placed there in the early 1990’s, whereas the riprap in front of PortMiami Pilot’s House was deployed in 2010, making it the perfect location to study a new generation of coral recruits.

More: ‘On Super Corals and Where to Find Them (A Closer Look at Miami’s Urban Coral Ecosystem)’ – Part 2