One of the largest plecos now described 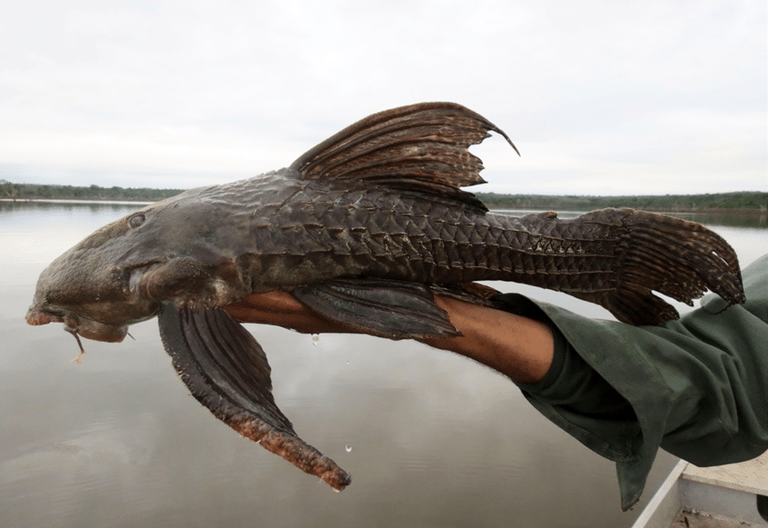 
L186, now formally (and aptly) named Pseudacanthicus major, has been kept by aquarists for many years now … in very large aquariums.  Don’t expect this pleco to handle algae duties.  This massive pleco is an omnivore that will eat plants but prefers to forage the substrate at night for meaty foods such as crustaceans and bivalves.  It takes a lot of protein in your diet to look this buff!

The new species is described in ZooTaxa.