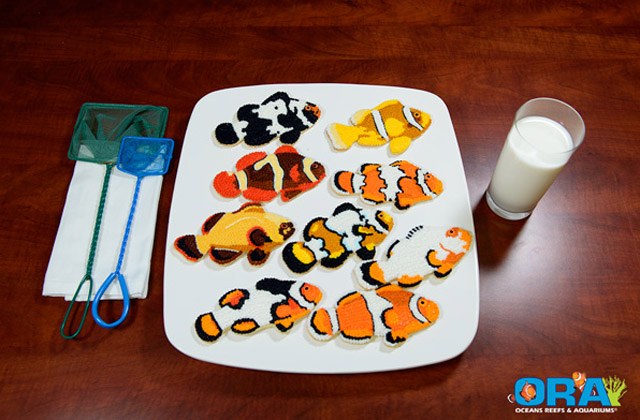 
This morning, ORA issued a press release announcing the dramatic change in their company’s direction.

Effectively immediately, ORA will cease production of its “non-consumable” marine ornamental product line to focus heavily on the edible pet industry. With the surging popularity of delicious teacup poodles, it was only a matter of time before Americans’ insatiable appetite spread to the aquarium industry.

“What we seem to have produced are the most edible fish in the aquarium hobby,” claims ORA President Dustin Dorton.  “Did I say edible? I meant delicious …” Dorton mumbles to himself while pretending to swim the tasty Premium Picasso confection directly into his mouth.

Dorton refused comment on a fermented seawater line rumored for release later this quarter, although he confirmed the “imminent” release of dottyback and mandarinfish edible pets.

While ORA will leave a sizable void in marine ornamental aquaculture, having experienced ORA’s edible pets product line ourselves, our staff is unanimously convinced ORA has made a smart and delectable business decision.