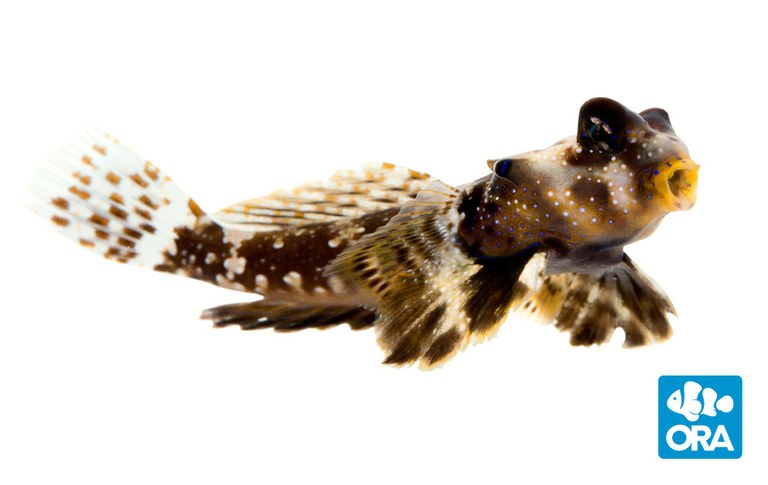 For the first time, aquarists will have the choice between a wild caught fish and a captive bred, pellet eating, frozen mysis chomping Scooter Dragonet. Though eating prepared foods, these fish will not swim to the surface to eat with other aquarium fish. They are passive eaters that prefer to eat from the bottom.

Males have an oversized and dramatic dorsal fin with stripes and eye spots. Males can be kept in harems of multiple females. Max size is usually around 3” in the aquarium.

We initially started working with them in 2010, alongside our Mandarin Dragonets. But found them to be much more difficult to produce. Something in our larval diet was missing. The species was put on hold for nearly two years before we figured out what they needed. Since then we found that they grow very fast, reaching 1.5” in just 4 – 6 months. They can even start spawning at less than an inch in size.

Rapid growth, popularity in home aquariums and their eager acceptance of frozen and prepared foods make these fish a particularly great for aquarists.