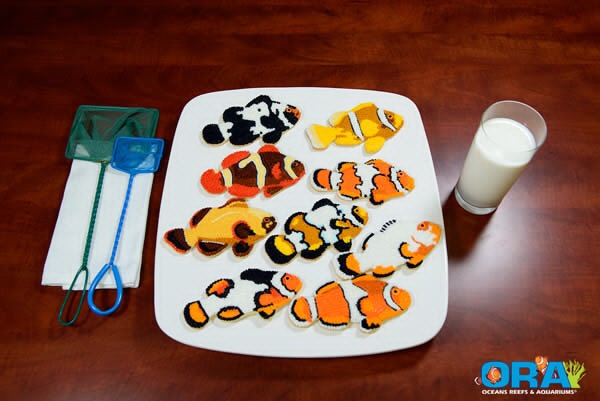 In a dramatic turn for a typically good natured company, ORA has decided to stop production on its “non consumable” product line and instead focus heavily on the edible pet industry. With the surging popularity of delicious teacup poodles, it was only a matter of time before Americans hunger spread to the aquarium industry.

The edible aquarium trend died out quickly, likely due to the challenging textures and poor palatability. Thus far ORA’s shift to sugary-sweet digestible livestock has been met with great fanfare amongst hobbyist circles.

“What we seem to have produced are the most edible fish in the aquarium hobby. Did I say edible? I meant delicious.” ORA President Dustin Dorton was overheard mumbling to himself, while pretending to swim the tasty confections directly into his mouth.

With worldwide appetites surging for tastier pets, ORA is poised to be the leader in producing aquatic animals that wash down easily with a glass of milk or breakfast beer. Dorton refused to comment on rumors of a fermented seawater line potentially set for release later this quarter.

Read More, or less, it’s up to you really.