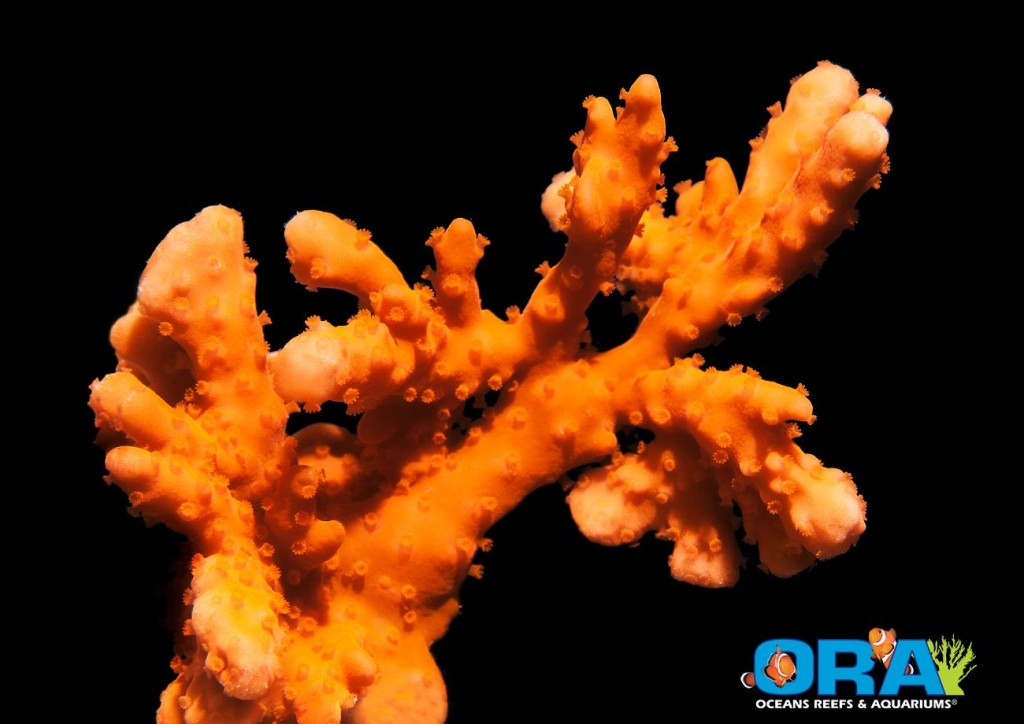 ORA’s cultured corals have maintained and ever-growing demand, and the latest introduction surely will be added to the drool-worthy list. It should come as no surprise that while there is a seemingly endless array of uniquely-named coral cultivars available from just as many aquaculturists, few (if any) rival the level of notoriety that an ORA coral can achieve. I believe, this is in large part due to the way ORA goes about selecting corals for commercial-scale culture. In some cases, such as the ORA Red Goniopora (see Rethinking Goniopora in the May/June 2011 Issue of CORAL Magazine), it can take a few years, to the better part of a decade, to bring a new coral into cultivation and establish enough broodstock colonies to provide a stable, ongoing supply of MORE: ORA’s Latest Coral Cultivar – ORAnge Setosa (Montipora)