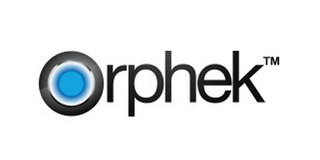 Orphek has released a legal statement declaring that Mike Maddox is not now, nor has he ever been an employee, or extension of Orphek in any form. At this point in time we would like to reach out to the community and express our position on the matter and  disappointment in the comments Mr. Maddox has made and the events that have followed.

Orphek sent Captive Aquatics one lighting product to test over a year ago, and we do link his review along with many others on our Orphek USA web site. Orphek has been well aware of his positive support of our products and cannot fault him for his enthusiasm, but we have never sold him any products or paid him for his comments thereof. Mr. Maddox contacted Orphek to write an article for Coral Magazine in which he quoted me (Shawn Wilson) heavily from several hobby forums I participate in.  However, I have had no direct contact with him at any point in time. This is the extent of the relationship between Mr. Maddox and Orphek. Orphek remains completely transparent in all business relationships.

Mr. Maddox fraudulently misrepresented himself as the director of Orphek USA, which we were made aware of after he wrote the blog entry in question. As soon as we were made aware of his libelous public comments, we asked him to delete the blog entry as a favor to a company he is trying to promote, however erroneously. We were made aware of his unauthorized buyorpheklights.com website over a month ago and requested him to take it down immediately, and he complied. Orphek makes every effort to legally stop any fraudulent marketing activity of our product, just as Apple Computers would not allow me to open buyapplecomputers.com without prior authorization. We have reviewed our web site statics and have not found any links to our site originating from Captive Aquatics or buyorpheklights.com. We suspect that he was building a market for Orphek products and intending to capitalize on sales made directly though his unauthorized web site.

The LED lighting industry is a very competitive one and we work hard to promote our technology based on it’s merits, not the limitations of competing technologies. We do not shill our products on hobby forums or pay bloggers to give positive reviews. In the past we have had overzealous resellers show up on hobby forums to market our products without consent and they were swiftly cut off from our chain of distribution. These things inevitably happen in a passionate hobby, and we do our best to weed out the people who break the rules of etiquette and fair play. Orphek works too hard to have independent people negate the good will we have carefully built over time. The technology stands on its own and does not require shady practices to advance in the market. I am the sales rep for Orphek Canada and a principal in new product development, yet I do not use my influence in the reefkeeping community to peddle Orphek products.

Reefkeeping blogs are rife with misinformation, favoritism, sensationalism, and general bad judgement. While hobbyist forums are protected from libel claims, and any moral responsibility for that matter, blog writers have the same legal responsibility as any other form of news media. Orphek will not use the blog war between two irresponsible publishers as a back door method of promoting our products, nor do we attach any liability on the part of Ecotech Marine for the false statements of Jake Adams. Tim Marks from Ecotech Marine was kind enough to show me the radion in person at MACNA and I sincerely wish him luck in his new product launch. The radion is marketed to a different market than that of Orphek so there is an overlap but no direct conflict between the two product lines. Orphek does not participate in negative marketing campaigns or mudslinging. We have had our own share of aggressive forum critics who repeatedly show up on any thread with Orphek in the title and take advantage of the opportunity to push other products. I do not wish this kind of negativity on anyone, especially Ecotech Marine who has developed an evolutionary water moving device and become a major part of the reefkeeping fabric.

We were very fortunate to Have Dr. Sanjay Joshi test and review our lights for MACNA 2011 Des Moines. Orphek is up against some heavy hitters in a very competitive industry. You can only imagine how hard it is to compete with the R&D resources of companies like Cree and Philips that have won awards in their fields. We are not at all surprised that our products are received as “to good to be true”. I was very proud of the results we attained in Sanjay’s presentation at MACNA and encourage anyone reading this to read his upcoming articles in Advanced Aquarist and Coral Magazine. Sanjay is very well known for his ten years of impartial lighting tests, his ethics are far beyond reproach. This is why we were so honored to be included in his testing protocol, and why the inflammatory and unsubstantiated comments of Mike Maddox could not have come at a worse time. I assume Mike had a “fake it till you make it” approach to entering into the LED lighting business.

I have personally communicated with Mr.Saltwatertank and he has agreed to let the matter lie and write it off as the poor judgement of a single individual who was not acting on the guidance of Orphek. We thank him for his professionalism in taking the high road. The reef blogging industry is no different than any other news media, your reputation as an unbiased writer is paramount. While you are expected and encouraged to have your own opinions and views. Mr.Saltwatertank has clearly shown through his other LED lighting reviews that he is fair but tough.

There is room in the aquarium industry for more than one lighting product and Orphek welcomes Ecotech Marine into the market. We have been contacted by numerous publications to comment on the matter and we are glad that we were able to have Mr. Maddox’s comments deleted swiftly. We are disappointed that Reef Builders and Jake Adams made no attempt to confirm their story with Orphek before publishing it. The Reef Builders article is full of false statements and unsubstantiated claims about Orphek, but we are prepared to write it off as the poor judgement of another individual, and have no intention of pursuing a legal motion at this time. We believe that the reefing community are able to evaluate lighting products and discern fact from fiction.