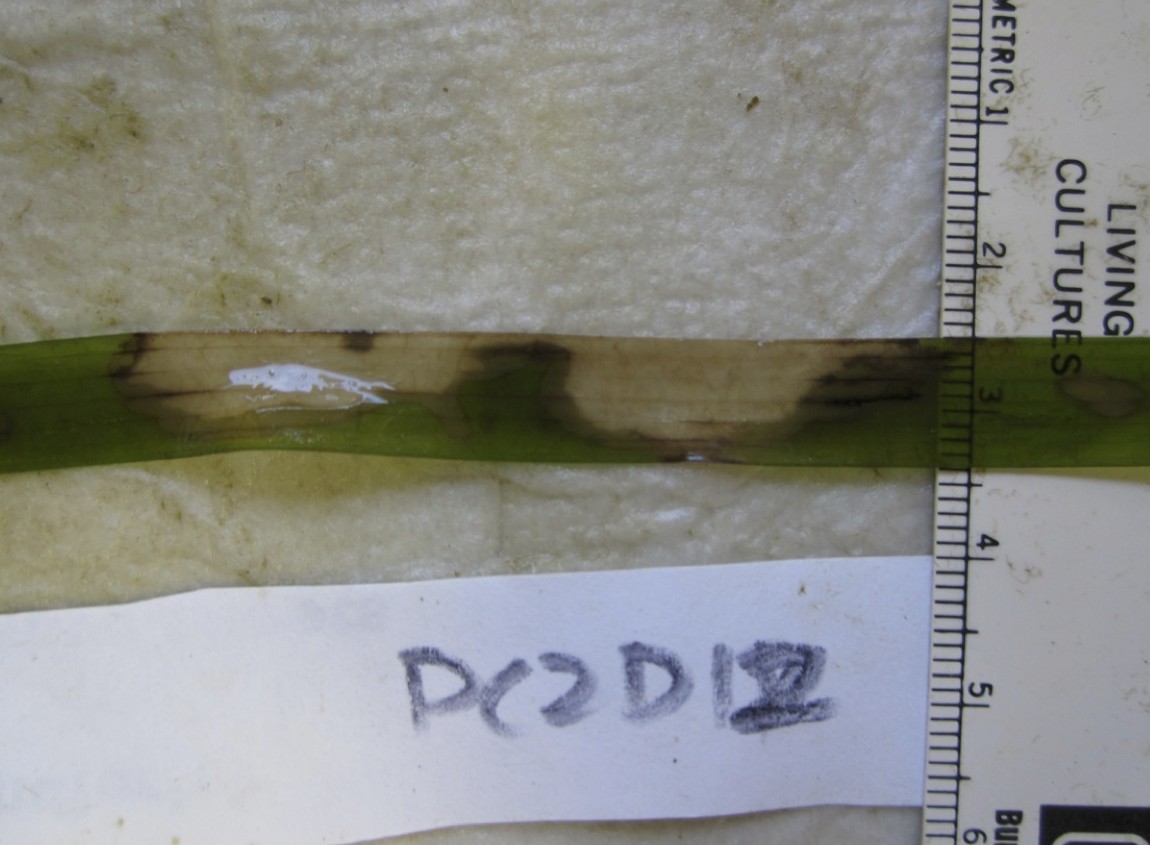 Sometimes regarded as rare or insignificant, marine fungi are both phylogenetically and ecologically diverse.

Like all fungi, marine fungi are heterotrophic. Although a large portion of marine fungi are saprobes – organisms that feed on decaying organic matter, many species of marine fungi form symbiosis with living marine animals. While some of these relationships are best described as parasitism, there are many cases of mutualism as well. One study investigated the secondary metabolites produced by marine fungi participating in symbiotic relationships with sponges. This study revealed that symbiotic marine fungi produce chemicals that may assist their sponge host in staving off pathogens (Höller et al., 2000).

Although these species of marine fungi (and many others) facilitate biodiversity, a fungus-like marine protist genus, Labyrinthula, is believed to do the opposite. Labyrinthula have been found to parasitize the fronds of Zostera marina eelgrass. This parasitic relationship has proven to be deadly for eelgrass in what are known as eelgrass wasting epidemics (Bigelow et al., 2005). These wasting epidemics often deprive fish and invertebrates of eelgrass habitats. Simultaneously, marine mammals and sea turtles become stripped of the eel grass that once constituted their diet.