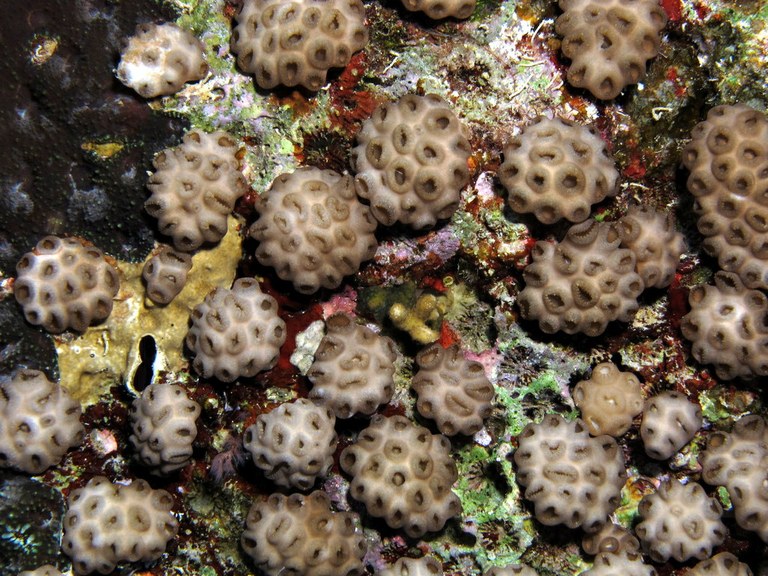 Mat zoanthid or rubber coral, Palythoa tuberculosa, which is highly toxic, producing one of the most toxic non-peptide substances known. The toxin is produced by symbiotic bacteria. Photo by Derek Keats / Flickr.


Last year I wrote about a paper in the journal PLoS ONE detailing how researchers had found deadly palytoxin-containing Palythoa spp. zoanthids in aquariums in the United States. Shortly thereafter, Adrienne Longo-White recounted her experience with poisoning from palytoxin while working on and around saltwater aquariums and her story was pretty scary. She explained everything she went through from onset of the poison, the emergency room visit, and finally her recovery. Recently while reading the 3Reef forums I happened upon another incidence of palytoxin poisoning. However this time it was from just rubbing ones eye.

For those of you that do not recall what palytoxin is, here is a snippet from my blog post last year explaining what it is and what can happen if you are poisoned by it:

…Palytoxin is produced by certain zoanthid species and has a LD50 in mice of just 300 ng/kg — meaning that 50% of mice dosed with just 300 nanograms of palytoxin per kilogram of body weight will die within a specified testing time. To give you a bit of scale on its potency: 1 gram of palytoxin can kill approximately 170 million mice – that’s a lot of mice! This toxin is second only to maitotoxin in its lethality which has an LD50 in mice of 50 ng/kg. Palytoxin targets the sodium-potassium pump proteins in cells and effectively shuts down the ion gradient that is essential for cell function. Symptoms of palytoxin poisoning include “angina-like chest pains, asthma-like breathing difficulties, tachycardia, unstable blood pressure, hemolysis (destruction of red blood cells), and an electrocardiogram showing an exaggerated T wave. The onset of symptoms is rapid, and death usually follows just minutes after.” (http://en.wikipedia.org/wiki/Palytoxin) It’s nasty stuff.

Obviously this is a compound we do not want to come into contact with in our aquariums!

What appears to have happened is a member of the 3Reef forums named ‘schackmel’ was working at her local fish store while they had a huge sale on zoanthid colonies. She purchased a colony, took it home for her tank, and dipped it as one should before adding it to any system. The zoanthids appeared stressed from the dip based on the forum note and somewhere, somehow, ‘schackmel’ rubbed her left eye after handling them. What followed was pretty frightening to say the least (not for the faint of heart):

A closeup of the damaged eye. Note the ulcer around the cornea.

‘schackmel’ went from 20/70 vision on Saturday to 3/200 on Wednesday. 3/200 is legally blind. One big thing to note is the white ulcer surrounding her cornea. The doctors are very concerned about this.

Initially the doctors did not know what to do as the problem progressed far faster than anything they had encountered before. Fortunately ‘schackmel’ was able to explain to them what palytoxin is and what it can do to a person.  Currently she is on Vicodin for the pain and Prednisone (a steroid) in order to help with the healing process. She has seen eye specialists and seems to be making some progress as the pain has somewhat lessened although not much has changed with her vision.