Over 100 Caribbean Reef Fish died from a parasite treatment at the Albuquerque Aquarium on Wednesday. The aquarium had been trying to treat a stubborn Trematode outbreak for several months in one of their exhibits.

The aquarium had been using Praziquantel, an commonly used medication to remove external parasites in aquarium fish, without any success. However, since Praziquantel was proved to be ineffective against this case, the aquarium decided to use a much stronger drug called ‘dylox.’ Dylox is often used as an insecticide for lawns and gardens and occasionally used in aquariums to treat particularly difficult parasite outbreaks. The aquarium stated they used the drug successfully in the past. Sadly, in this case,the drug caused devastating results. Aquarists stated that within minutes of putting the Dylox in the tank, the fish began sinking to the bottom of the tank.

The aquarium thinks that there was either an accidental overdose of the medication or that the fish may have been in a weakened state from the trematode outbreak, and the added stress from the Dylox treatment overwhelmed many of them. 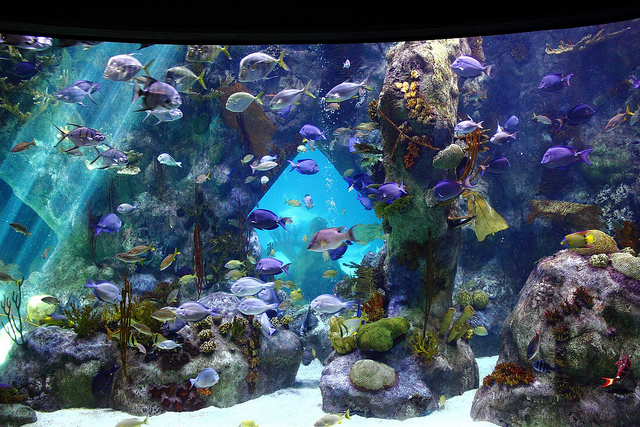