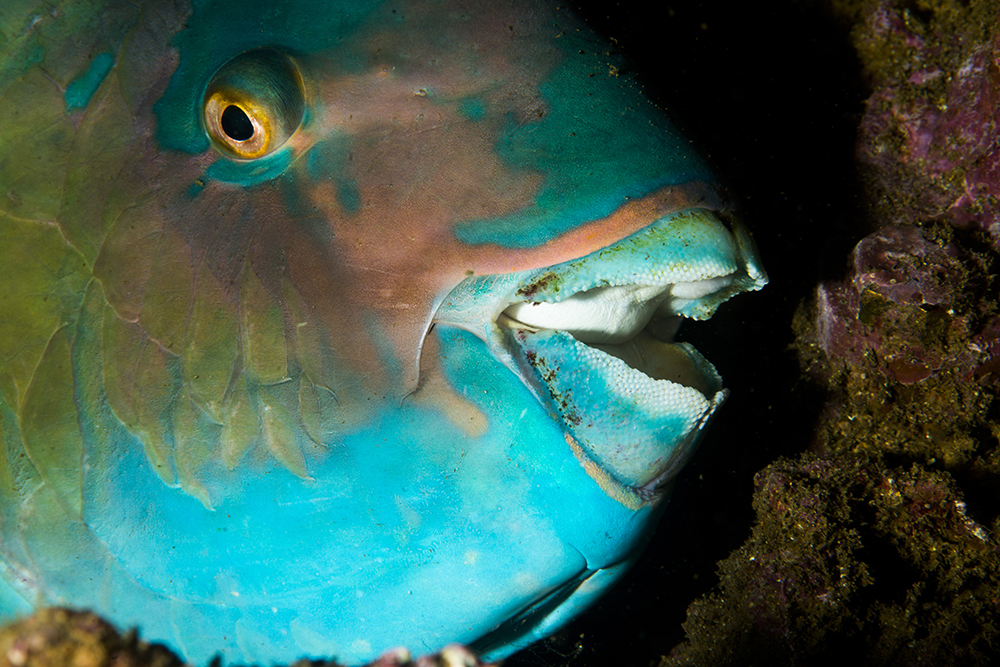 By now I think everyone knows that Parrotfish are responsible for creating an awful lot of the white sand we enjoy sunbathing on during our vacations in some tropical paradise.  But just how do they spend every day crunching coral and not lose their teeth?

I was editing some images of a parrotfish (main image) and noticed, for the first time, the interesting form of their ‘beak’, the structure, composed of fused teeth, that they use to bite off and scrape away pieces of coral, which they then grind up using teeth further back in the mouth.  I did a bit of digging and came up with an enlightening research report from November of last year. 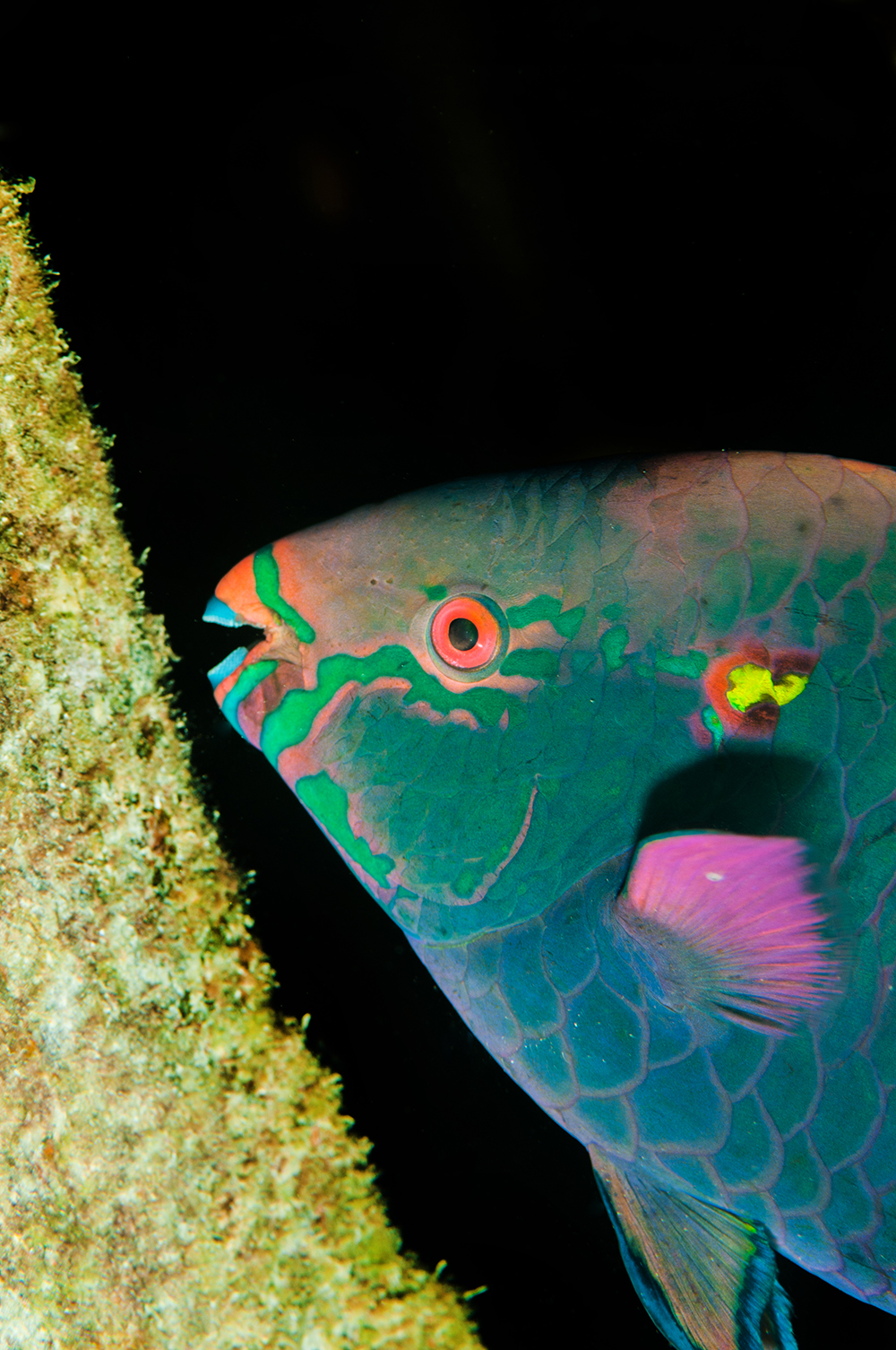 A team of researchers, including some at the Department of Energy’s Lawrence Berkeley National Laboratory (Berkeley Lab), discovered that parrotfish teeth owe their hardness not only to the material they’re made from, but also to its nano scale structure, which they liken to ‘chain mail’.

The researchers used a technique known as PIC (polarization-dependent imaging contrast) mapping, using equipment at Berkeley Lab’s Advanced Light Source (ALS) – an X-ray source known as a synchrotron light source.  The technology allows scientists to observe the nano scale crystal structures.  In this case, they were studying Fluorapatite, the mineral that makes up  parrotfish teeth, which contains calcium, fluorine, phosphorous, and oxygen.

“If you are looking at a tooth, or a bone, or a mollusk shell, or a piece of coral, this is super-interesting. It tells you how nanocrystals are arranged with respect to one another. You can see these beautiful images that look better than abstract art, and learn how biominerals form and function.” said one of the researchers in a press release.

An X-ray-based technique known as PIC mapping shows the size and orientation of fibers at the back (left), the middle (center), and the tip (right) of the enameloid layer of a parrotfish’s biting tooth. The orientation angle of the crystals is color-coded (chart at bottom). The imaging technique revealed a chain mail-like interwoven pattern. Credit: Berkely lab

The crystals are, in effect, interwoven to create structures with immense hardness.

“Parrotfish teeth are the coolest biominerals of all,” another researcher said. “They are the stiffest, among the hardest, and the most resistant to fracture and to abrasion ever measured.”