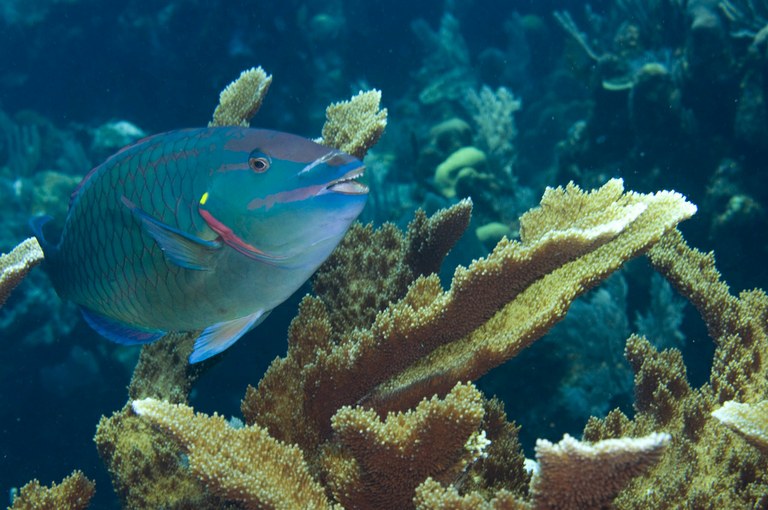 
Reservoirs of zooxanthellae around a coral reef are vital for coral larvae settlement. Understanding where and how this zooxanthellae got there and are maintained are important factors to know when studying coral reef ecology.

In the paper, Castro-Sanguino and Sánchez studied the feeding patterns and subsequent defecation locations of the stoplight parrotfish, Sparisoma viride. Three different locations in the Caribbean were chosen and individual parrotfish were monitored for 5 and 15 minute intervals noting where they fed, what they fed upon, amount of feces, and where the feces were spread relative to where they had been eating.

What they found were that, yes, the Symbiodinium spp. were found in their feces and that the bacteria that were spread in the feces were viable and cultivable and that cell cultures yielded Symbiodinium spp. zooxanthellae in clades A, B and G.

This finding highlights the necessity of parrotfish in and around coral reef waters in maintaining the health and vitality of coral reefs.