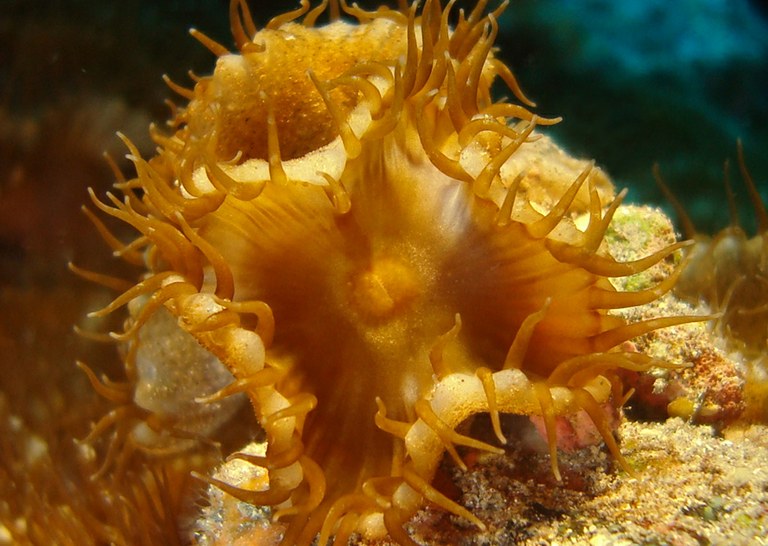 
Palytoxin can be found in our tanks. Maybe not all of them, maybe not even some of them, but it’s out there. I do not mean to sound alarmist. However, I do feel the point needs driven home. The more I read online, the more I am convinced this subject needs exposure to reefkeepers everywhere.  The veteran reefkeepers know about it, but many newcomers to the hobby do not, and it is important they know in order to better protect themselves while enjoying our boxes of the reef.

I am sharing this post with permission, in its entirety for Mario Tango, who posted about his recent experience with palytoxin poisoning.  It is another sobering reminder that the creatures we keep do indeed have defense mechanisms and, if we are not careful, we can fall victim to them.

We here at Advanced Aquarist wish Mario and his family a speedy recovery and we thank them for their willingness to share their experiences with us.

In Mario’s own words:

The day of 1/10/13 I purchased a few new corals for my 72-gallon bow reef aquarium. On my way home I mentally played with changing my aquascape a bit to fit my new corals, and open my tank up a bit for better flow.

5:00pm and the new corals are acclimating. Since the corals I purchased were Acans, I needed real estate at the bottom of the tank since I am running MH lighting mixed with130w PC actinics. I decided to start re-aquascaping.

6:30pm and the aquascape is now done and looks great. In that time frame I decided to rid my tank of roughly 15lbs of liverock. I had the extra rock that was moved sitting next to the tank in a pot. I wanted to save this rock for later use, but I have no where to allow it to dry out since we live in an apartment complex so I decided to boil it. Yes, this is where the trouble started. [Note: It is not uncommon in the freshwater hobby to boil rock after using it for an extended period of time.]

An example of the polyps that Mario boiled.

7:00pm and the rock is boiling on the stove and I am doing my daily duties around the house before my wife comes home from work.

7:30pm my wife arrives home, and on a whim we decided to go out for dinner. By this time the water in the pot is full boil so I cut the stove off and place the pot on the back burner.

8:00pm we leave for dinner and I notice that my nose is tingling much like having allergies. I suffer from hay fever so I know the signs of my allergies coming on. Once we arrived at the restaurant my nose was pouring like I had a cold and my wife started to complain of a tight chest and a cough. We pushed through it not thinking anything of it.

10:00pm and we arrive home and we are both sick. Thinking that we are both getting the Flu or a nasty cold we bundled up warm to take our dogs out (110lb Lab and 70lb Golden Retriever) to do their nightly duties. I feel short of breath and my wife and I have a nasty headache, even though we are completely bundled up we are freezing cold. After the outing with the dogs we sit down on the couch to relax and watch a bit of TV before we go to bed. Both of us are sick and grumpy. Body aches, headache, sneezing, running nose and labored breathing. We call it a night and go to bed.

1:00am and the our Lab wakes us up to a flurry of vomiting. We clean it up and go back to bed feeling worse than when we went to bed the first time. Now we cannot fall asleep. My wife is moaning and stating that she feels like she has the Flu. I feel the same and know something is going on in the house. I don’t want to alarm her so I refrain from teller her how bad I actually feel as well.

1:30am and she is asleep but I am noticing both dogs are breathing very heavy and restless. Our Lab gets up and goes into the kitchen and from a weird smell I realized that he defecated. I wake my wife up and we clean it up. by this time she is moaning and groaning. I take the dog out and he walks maybe 20 feet and lays down. Anyone that has a Lab knows this is not typical behaviour for the breed. I got him up, he urinated and the defecated and laid back down. I was finally able to get him in to find my wife back in bed stating that she may want to go to the ER. She stated she felt like she was dying. I have never heard he whimper and moan like this. I was feeling just as bad but pushing through it but felt horrid and almost morbid.

2:00am and I come up with the idea we have mold issues. We had a flood 2 weeks prior that flooded out my car and made its way into the crawl space below our apartment complex. I search and search for mold but cannot find any.

2:30am and I walk into the kitchen again. In the corner of my eye I see the pot of boiled rocks and the light bulb in my head went off like a Nuclear explosion. I jump on the PC and search for coral poisoning and find that certain types of zooanthids find their way onto liverock. This is evident in my tank as there are ugly zoos on some of my rock. I then find that these types of polyps contain Palytoxin.

2:45am and off to the ER for both of us. Prior to leaving I took to pot of rocks and dumped them onto the lawn outside and rushed out.

3:30am and we are rushed into the ER with difficulty breathing. The Dr. and Practitioner see us both at the same time and listen to my story. I explain how I boiled live rock from my saltwater aquarium and think I poisoned myself and wife as well as dogs by these little polyp things that may have been attached to the rock. I still believe that he thought we were nuts and were looking for pain meds. After running our vitals, he finds me with a fever of 101.5, wife @ 101.3 and both of us had high blood pressure readings. He asks me, “Do you guys want any pain meds?” My answer was to the effect of “Doc, we aren’t druggies, we don’t need pain meds, we need to know what they hell is going on.” I think that squared that thought process away in his mind.

4:30am and he comes back with questions about Palytoxin. Imagine that, the doctor is asking me about a toxic substance in corals. He states he has never come across anything like this before and needs more information. I explain to him to read online as there has been a few documented cases of Palytoxin being ingested causing serious side affects. I also explain I am not a Marine Biologist so I do not have any type of information that would pertain to treating it. He states that he has researched it and found a few documented cases, and also called Poison control. Poison control stated that he could only treat the symptoms if the patient was still “alive” and let it run its course. Prior to all this at around the 3:30 mark I would assume, they started IVs and took blood and urine samples as well as chest xrays. the chest xrays came back with symptoms of Bronchitis.

5:00am. After our conversation about poison control they gave us Steroid breathing treatments to ease our difficulty breathing and Tylenol for our fevers. He placed us on heart and oxygen monitors and said that its just a waiting game and he will monitor us for a while and we should both get some sleep.

We left the ER at roughly 9:00am feeling much better but still in a lot of chest pain. Two days later, both of us are still feeling the effects of the toxin. When we take a deep breath our chest hurts like we have been in a pool or water for too long. Growing up on the beach we called it being water logged. Our abdomens hurt horribly from the violent coughing we are experiencing. We are both on Ventolin Inhalers and 800mg of Motrin as well as Z-Pack’s for any type of bacteria we inhaled. We were also advised to see a respiratory specialist in the near future. Both dogs are fine now, we opened the windows and allowed any residual toxins to vent out.

Going back to the point of boiling, I do not recall if there were any polyps on the rocks. I can tell you I quickly examined them for any life just out of curiosity. I guess I missed something.