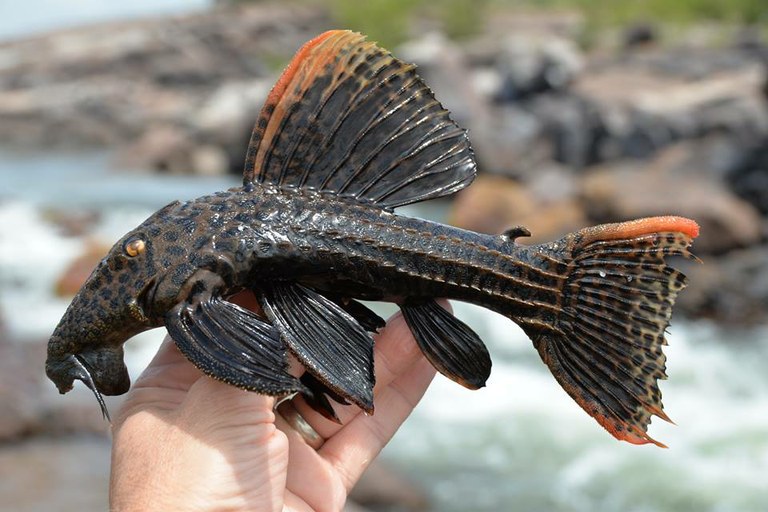 Pseudacanthicussp. L025* is now described as the new species Pseudacanthicus pirarara in the Journal of Fish Biology. (*Undescribed plecos are identified using the “L” numbering system).

The most defining quality of Pseudacanthicus pirarara is its common namesake: the scarlet (to orange-red) leading edges on all its fins (most notable on its front dorsal and caudal fins).  This is an impressively large and muscular Loricariid, achieving mature lengths in excess of 45cm (17.7 inches). It is found from the fast-flowing drainage of Rio Xingu and Rio Iriri, Brazil.

We’ve seen fishkeepers’ accounts about L025 dating back to circa 2010.  To no one’s surprise, fishkeepers were instantly struck by its beauty, so it commands prices in the hundreds of dollars (that is, if you can find one for sale).  In aquariums, it reportedly prefers well-oxygenated, clean waters, which mirror its natural habitat.  Pseudacanthicus pirarara is primarily carnivorous and said to have a ravenous appetite. It goes without saying that this species requires a very large aquarium.