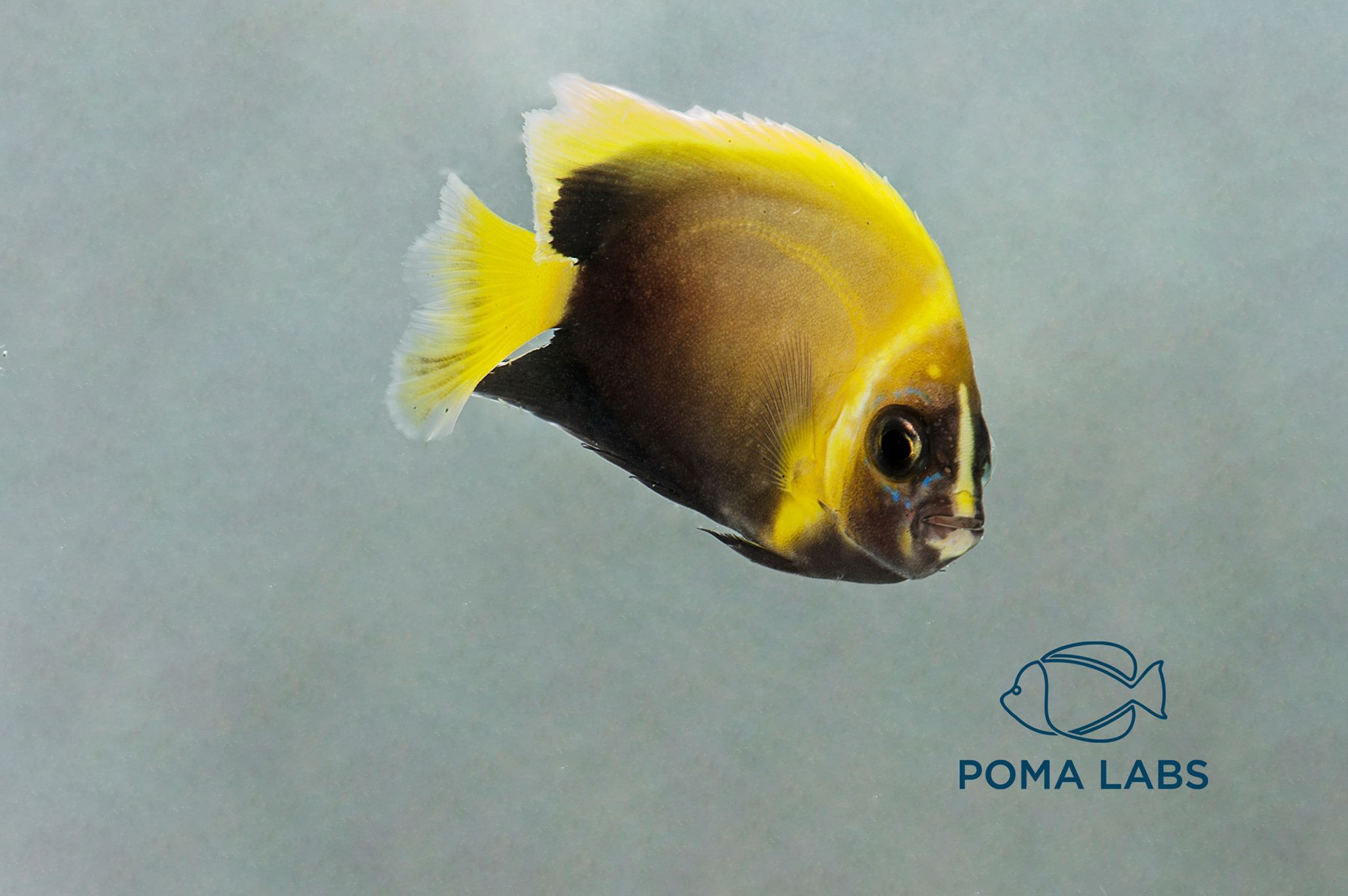 What you’re looking at here is arguably the single rarest fish to ever grace an aquarium.

This juvenile angelfish comes courtesy of Dr. Matt Wittenrich of Poma Labs, and it marks an important innovation in the breeding of marine fishes. Until now, the genetic mutation responsible for producing long-finned variants has been mostly lacking on the saltwater side—the only exception to this rule being the longfin clownfish introduced a few years back by Sustainable Aquatics. Meanwhile, freshwater aquarists have been enjoying their longfin cichlids and guppies and catfishes for decades.

With so many advances having been made by marine fish breeders in recent years, it was perhaps only a matter of time until this mutation showed up again, but it’s especially exciting that it would be found in this particular specimen. Because this isn’t your typical angelfish, but, rather, this happens to be just the second Bluespicuous Angelfish ever to have been bred. This new hybrid was introduced to the world by Poma Labs just last year and represents a mix of the illustrious Blueline Angelfish (Chaetodontoplus septentrionalis) and the ultimate in aquarium trophy fishes, the Conspicuous Angelfish (C. conspicillatus).

These are two species whose limited geographic ranges keep them from ever commingling in nature, but, thanks to the magic of science, we now know what their impossible offspring looks like. The original Bluespicuous is happy and healthy and still growing in the aquarium of Ted Krupman, and it’s been showing a fascinating blend of the parent species’ color patterns so far. With each passing day, this fish has developed more of the blue lines found in C. septentrionalis, to go along with the well-defined blue ring around the eye from its Conspic heritage. Now, imagine an adult specimen with the long, trailing fins of a Veiltail Oscar, and you’ll see why this fish has the potential to become an all-time great. 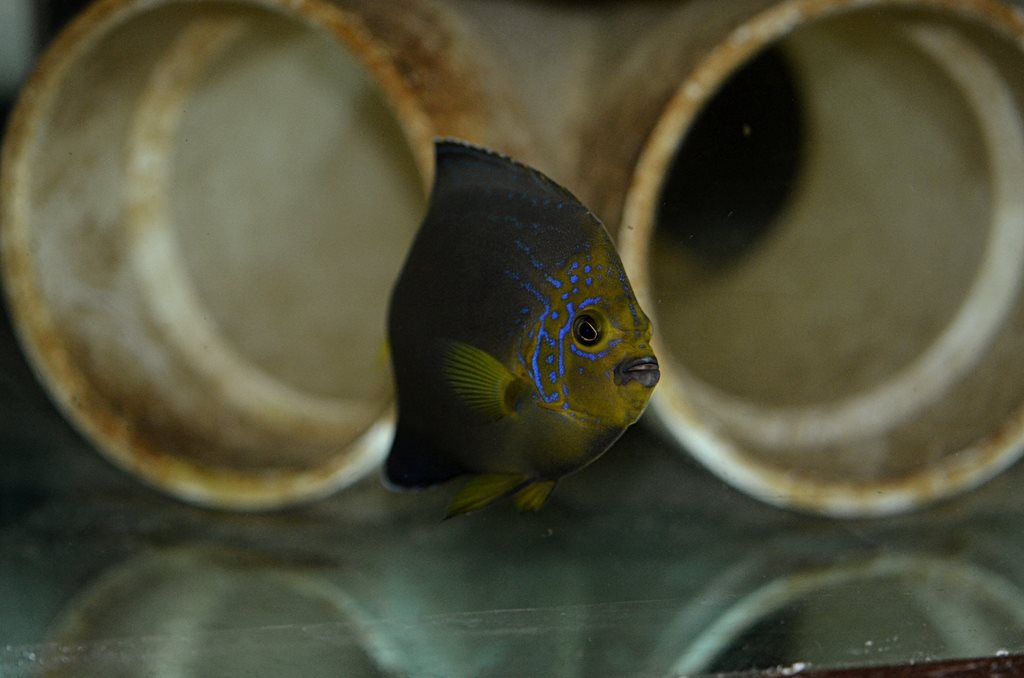 Whether or not this unique breeding success can ever be replicated remains to be seen. And with just a single specimen in existence, expect it to be a good long while before the Veiltail Bluespicuous becomes a common sight. Poma Labs will be offering this remarkable specimen for sale, giving all those rare fish collectors out there a chance to acquire a truly one-of-a-kind aquarium showpiece. If you’ve got the means, you’ll not only be getting a great fish, but you’ll also be directly supporting the work done by Dr. Matt Wittenrich to breed new and exciting fishes like this into existence. 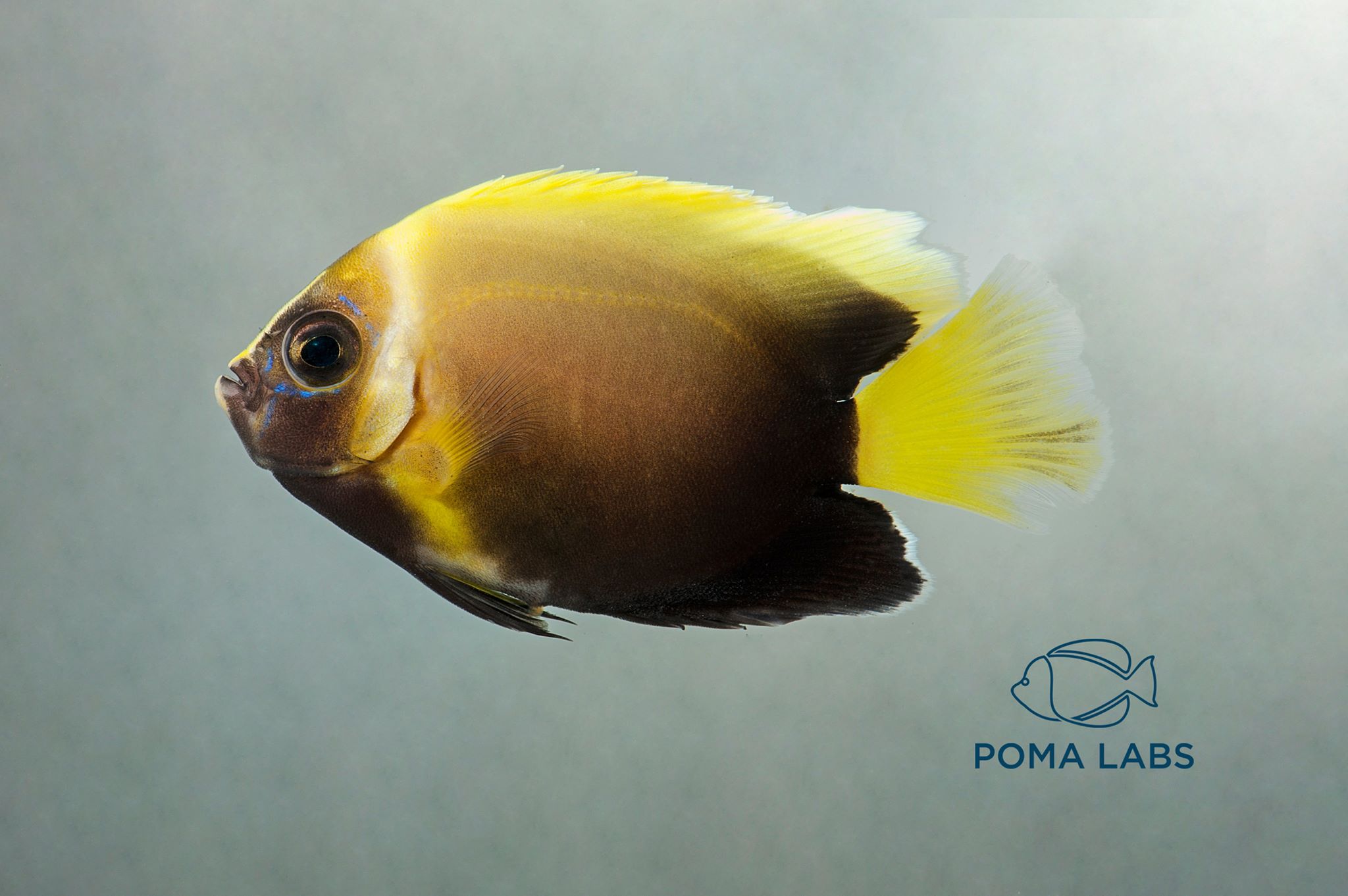