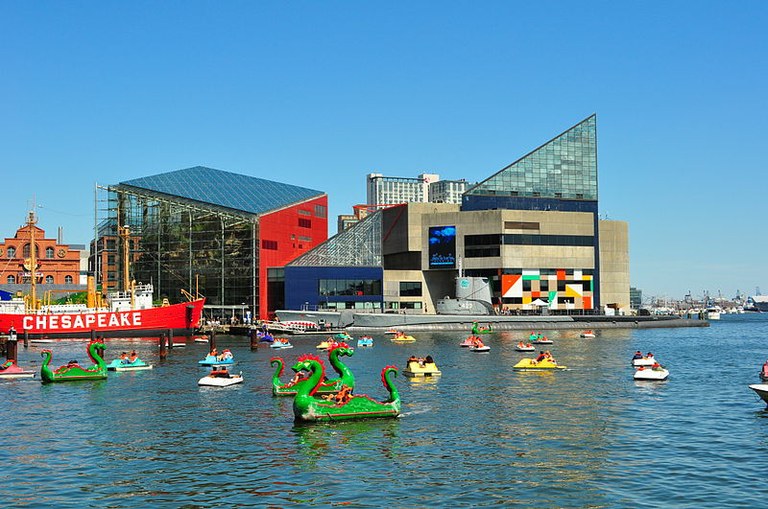 The beautiful architecture of the National Aquarium. Photo by Andrew Horne

After five years of decline, Baltimore’s National Aquarium saw its first attendance increase since 2006 with 2.4% more people attending the AZA accredited aquarium in 2012.  According to the Baltimore Sun, the National Aquarium will shift its focus over the next five years from education and entertainment to environmental advocacy.

In more positive aquarium news, the state of Ohio was without a public aquarium for 26 years before the Greater Cleveland Aquarium opened its doors on January 21, 2012.  In its first year of operation, the aquarium drew over 400,000 aquatic life lovers, thus becoming a financial success for both the aquarium and the City of Cleveland, which collected over half a million dollars worth of aquarium-related tax revenue.  Thanks to its successful inaugural year, the Greater Cleveland Aquarium will roll out a new deep sea exhibit on February 16, 2013 as well as lower admission prices for everyone effective immediately.

Advanced Aquarist encourages all our readers to visit public aquariums either in your area or on your next vacation.  Your support helps makes their education, research, and conservation efforts possible.