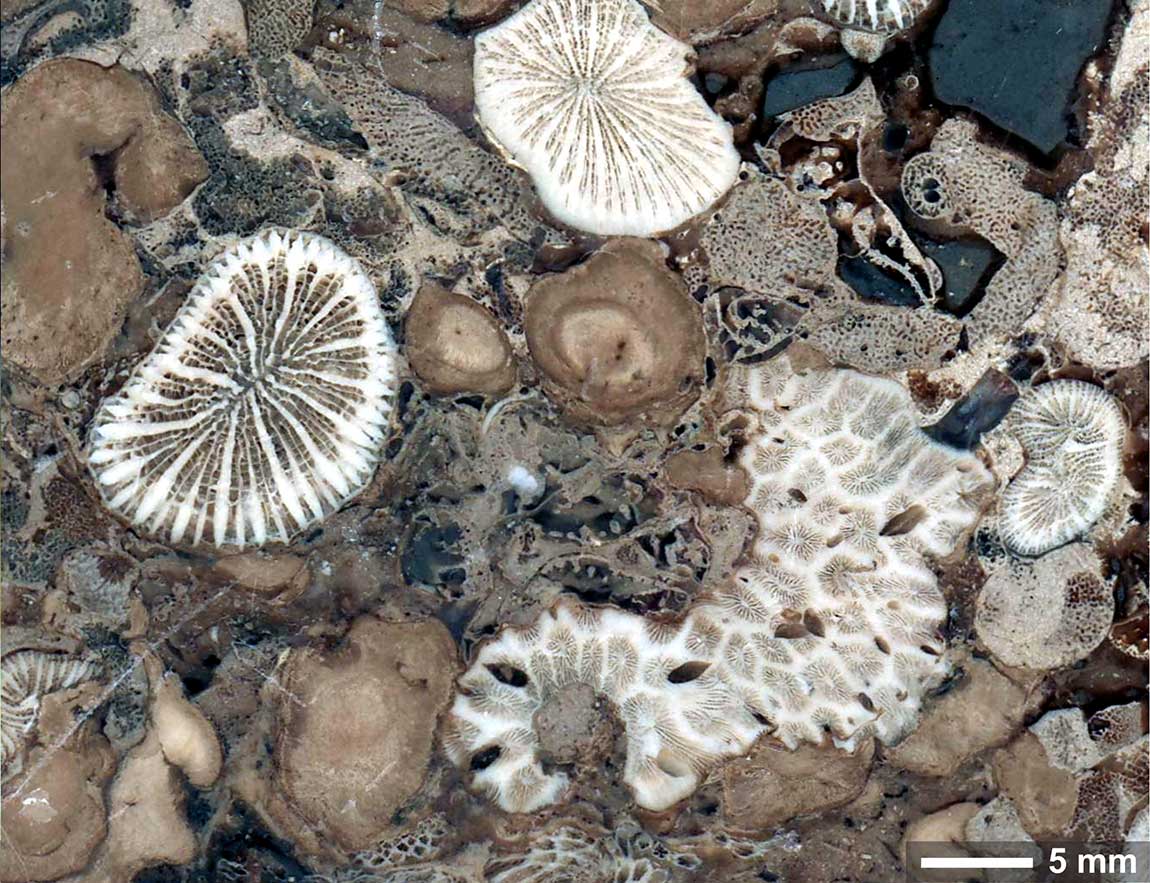 The fossil used in the study is over 210 million years old. It contains well-preserved symbiotic coral fossils, collected in Antalya, Turkey. It originated in the Tethys Sea, a shallow body of water that existed when the Earth’s continents were one solid land mass.
Credit: Jaroslaw Stolarski, Polish Academy of Sciences.

Coral and symbiotic algae: it’s a match made in heaven, but when did the relationship begin?  Princeton scientists might have found the earliest evidence of one of nature’s most remarkable examples of symbiosis.

The study, which was published in the journal Science Advances, found strong evidence of the relationship which powers so many of the corals we are familiar with today, dating back to the late Triassic period, over two hundred and ten million years ago. The team also linked the relationship to an expansion of coral reefs worldwide.

“The onset of symbiosis with algae was highly profitable for corals,” said lead author Jarosław Stolarski, a professor of biogeology at the Institute of Paleobiology at the Polish Academy of Sciences. “It allowed them to survive in very nutrient-poor waters, and at the same time grow and expand.”

The team looked at fossil microstructures and levels of carbon, oxygen, and isotopes of nitrogen in the fossils, to identify the role algae played, as they are too small to leave fossils directly. Modern symbiotic corals have a lower ratio of N15 to N14 compared to non-symbiotic corals; the fossilized corals also exhibited this ratio.

You can read the press release from Princeton, where these quotes were obtained, at: