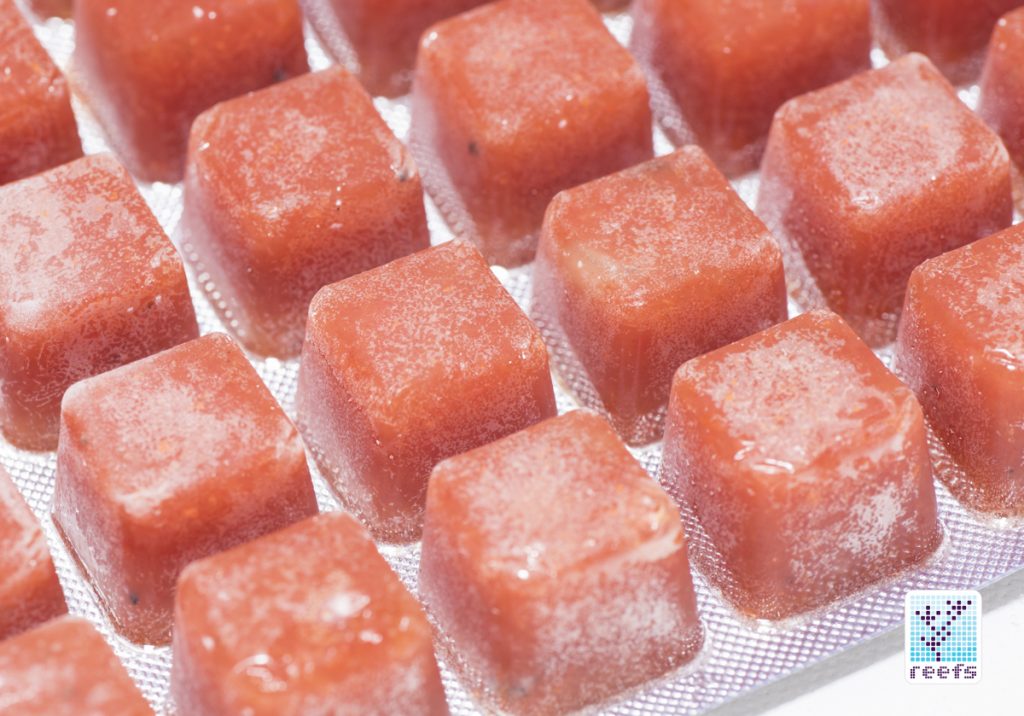 All photographs by author

Frozen food is a staple in aquarium fish diet and a great alternative to live food. You can even argue that it’s a safer alternative, being flash frozen in extremely low temperatures for prolonged time, which eliminates the risk of introducing harmful parasites to the water column. The product I am trying out today is called Calanus and it’s manufactured by Piscine Energetic, a Canadian company known in the hobby for their excellent frozen Mysis shrimp and other high-quality frozen feeds.

Before I get to the actual product, a question needs to be asked: “How does one go about reviewing commercially produced frozen food?” Since most reefers don’t have a portable laboratory to analyze the content, we tend to believe in manufacturer’s posted claims and ingredients and focus on different aspects of fish food:

WHAT’S IN IT/WHERE DOES IT COME FROM 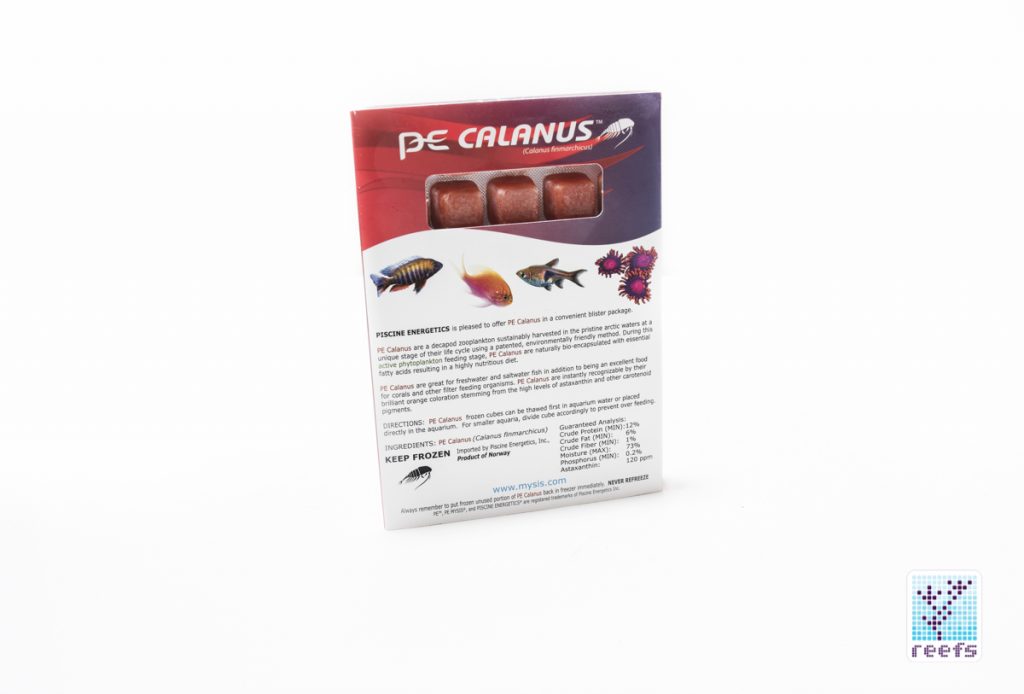 The only ingredient listed in PE’s newest frozen food is a little crustacean from which the product derives its name – Calanus finmarchicus. Calanus is a copepod found in large numbers in cold waters of the Atlantic Ocean.  PE sources its calanus in the North Sea off the coast of Norway, where it is the most abundant. Its diet mainly consists of various forms of phytoplankton, such as diatoms and dinoflagellates, and it is especially valued as a food source for fish due to its high content of protein, omega-3 fatty acids, and antioxidants. 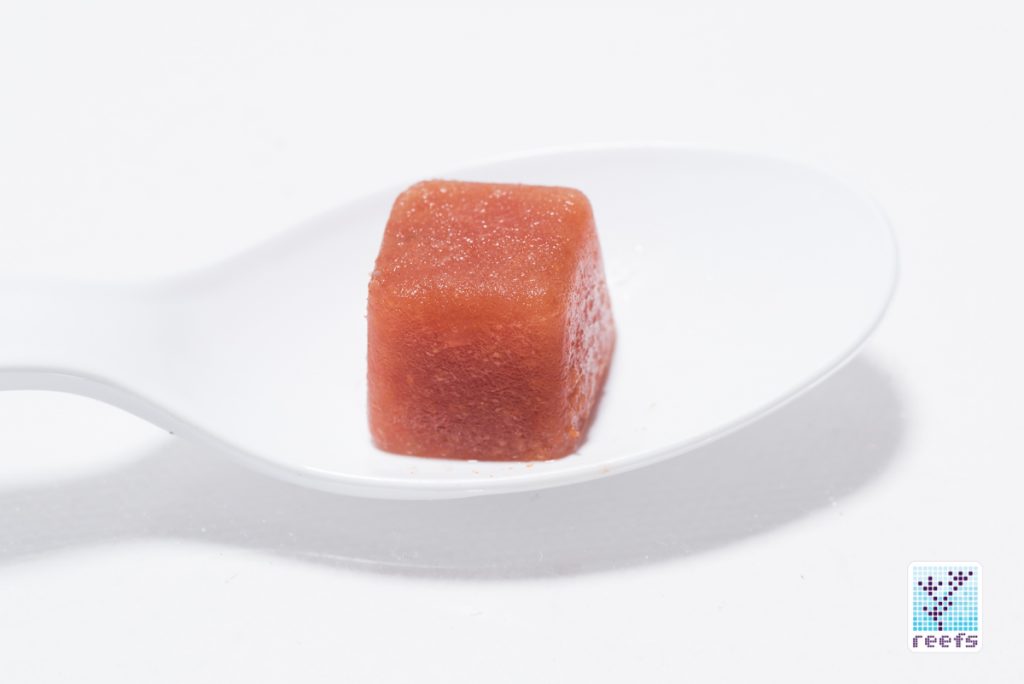 One interesting fact about Calanus finmarchicus is that it’s often the subject of studies on climate change, as it shows a rapid response to changes in temperature. Scientists track Calanus migration patterns to determine climate shifts in the North Atlantic region.

WHAT ARE YOU GETTING 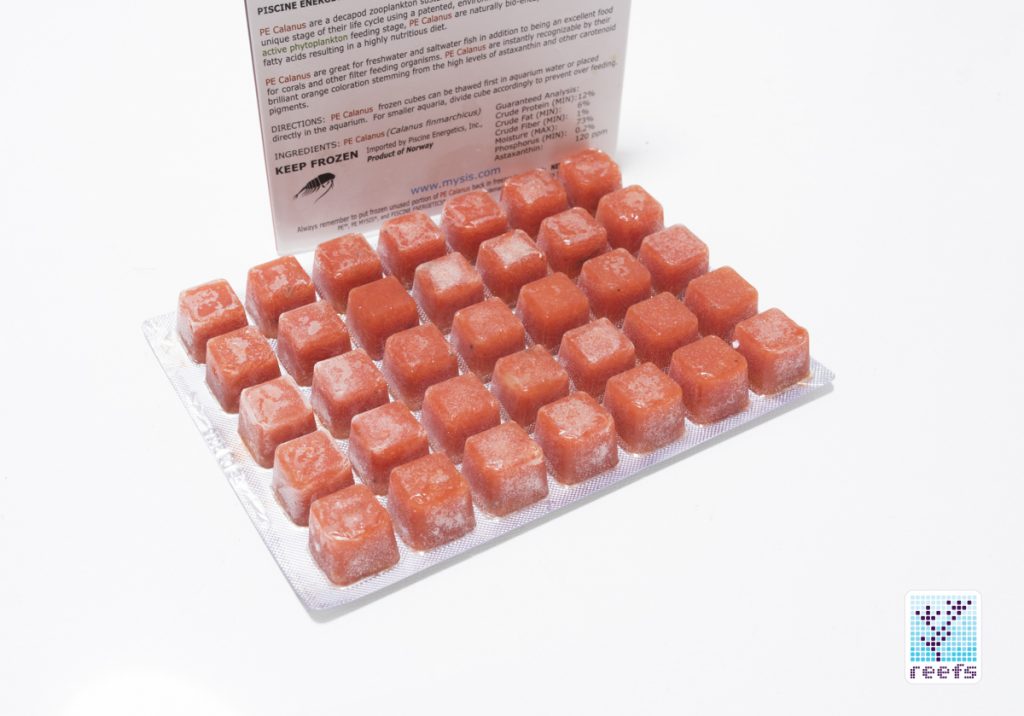 PE Calanus is sold in a single sheet containing 35 pre-portioned cubes, with a total weight of 4 oz. (113 grams). With an average retail price of around $14, it is not the cheapest frozen food out there, but what justifies the price is the fact that Calanus is a specialty food that no other manufacturer offers. PE also sells the food in a twin pack, combined with their Mysis shrimp; you get 35 cubes of each for around $24.

HOW DOES IT LOOK 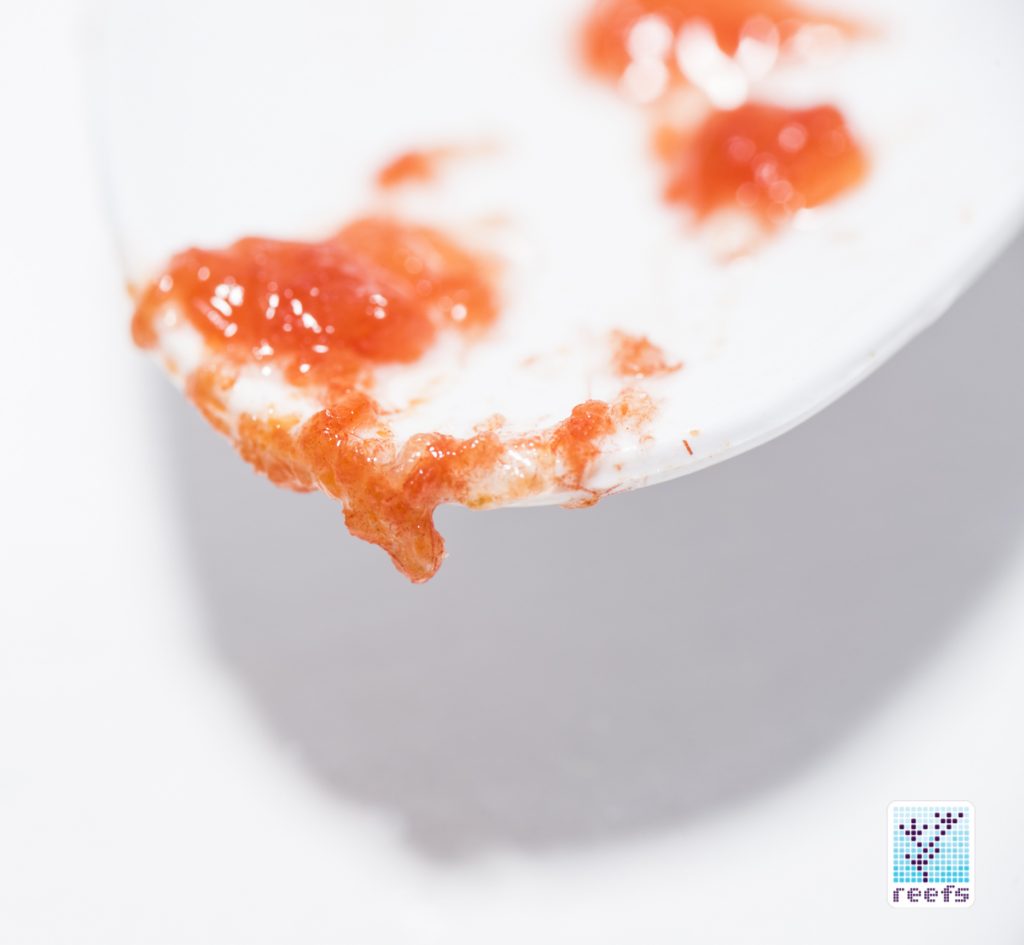 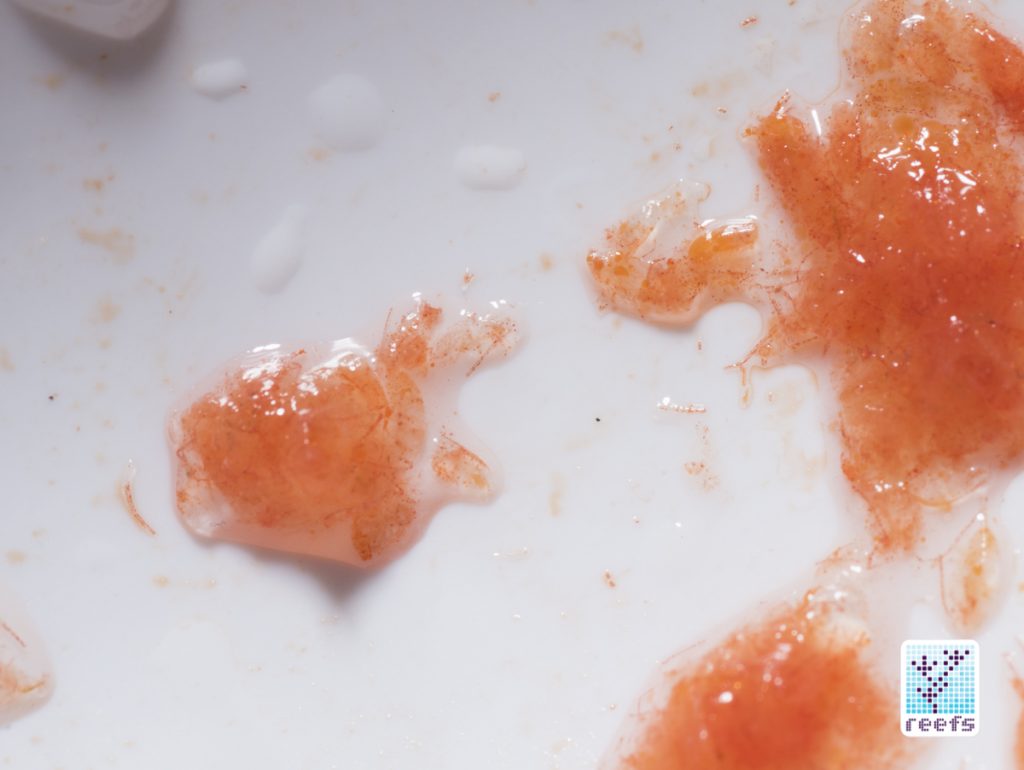 Calanus finmarchicus is a relatively large species of copepod, with an adult size of 2-4 mm long, or the size of a few-days-old brine shrimp. When it’s thawed, it stays together in a jelly-like structure. High carotenoid pigments gives Calanus its bright red color. PE advertises it as an excellent choice for both freshwater and saltwater fish, as well as corals and other filter-feeding animals. Look at the below photographs for reference: 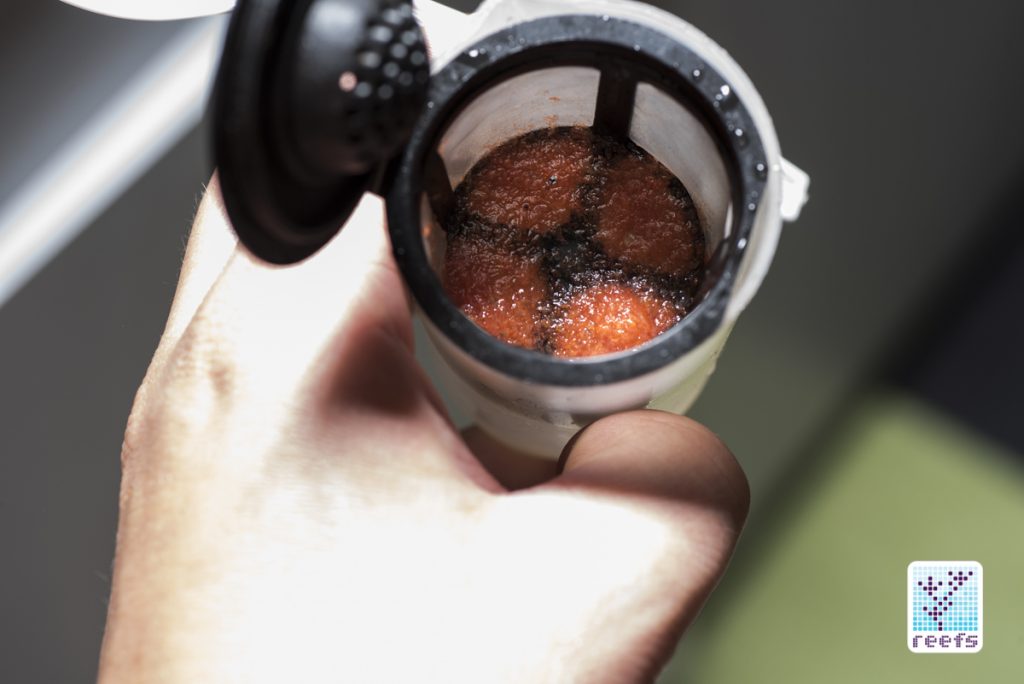 PE Calanus stimulated a great feeding response from fish in both my freshwater and saltwater aquariums. It was consumed a moment after introduction into the water column and does not cloud the water at all. Here’s a series of photographs of feeding time in my tanks: 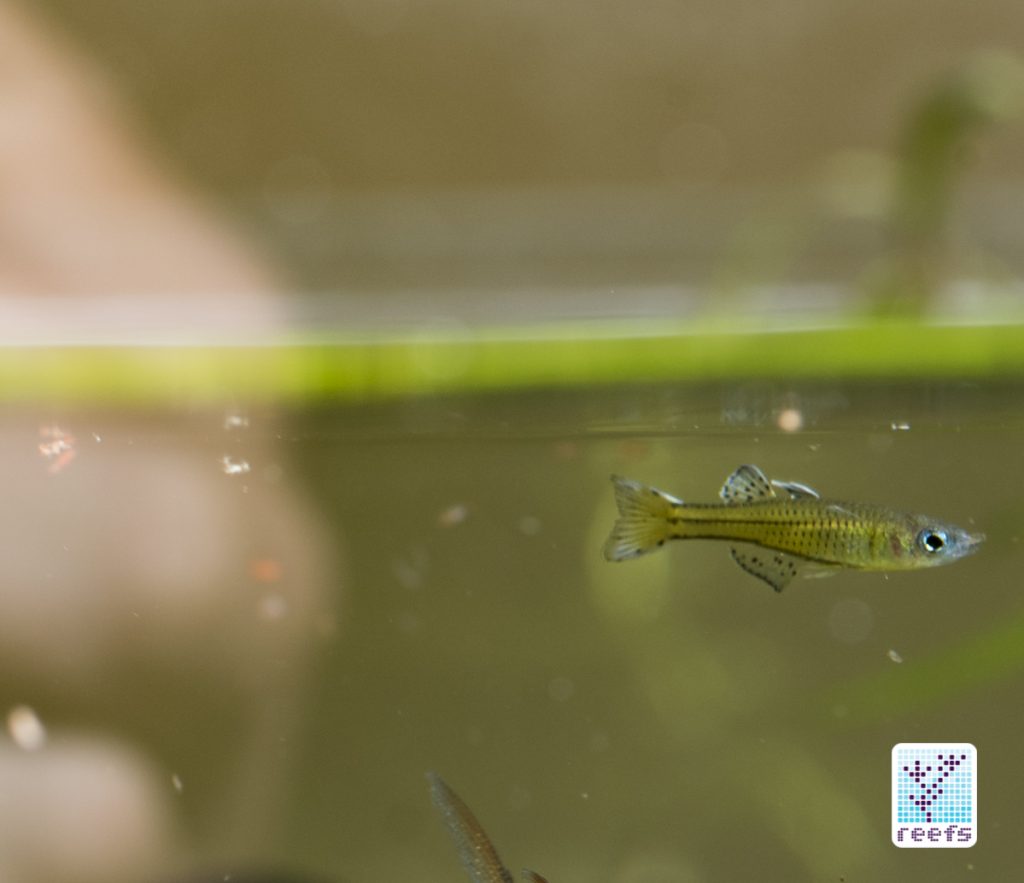 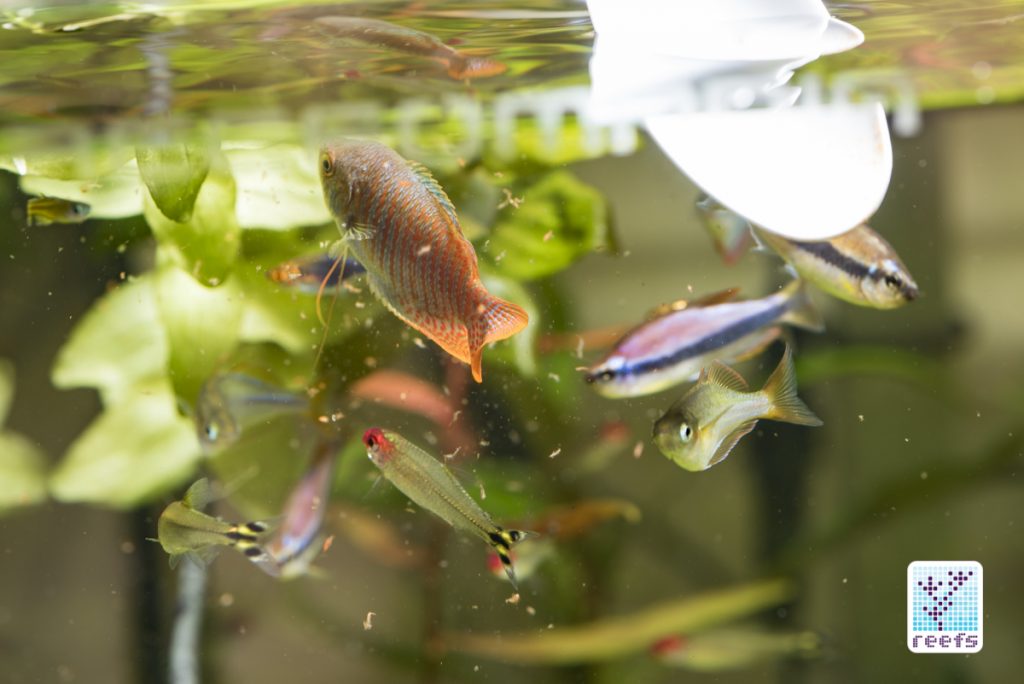 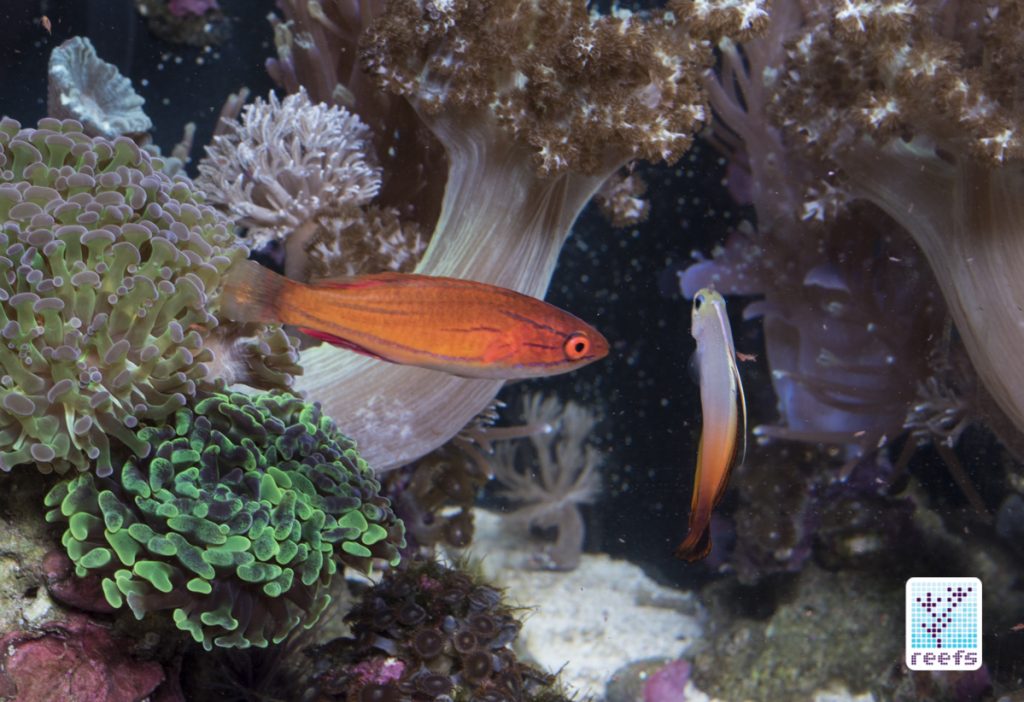 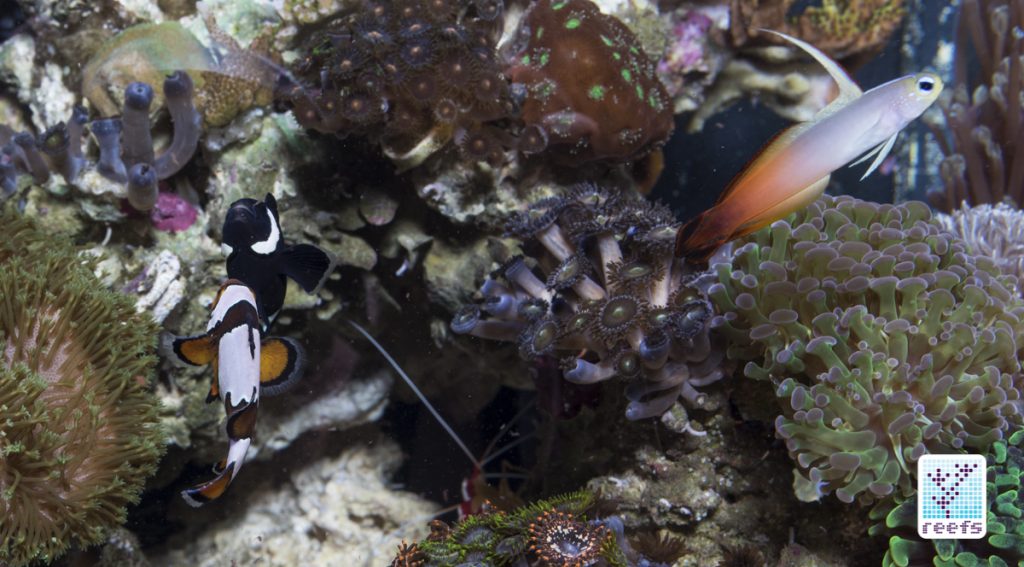 Calanus is a small-particle food, perfect for freshwater and small saltwater fish. I’ve also observed feeding response from some of my palythosa, zoanthids, as well as my tube anemones, Cerianthus membranaceus. However, it is too large for small polyp stony corals. 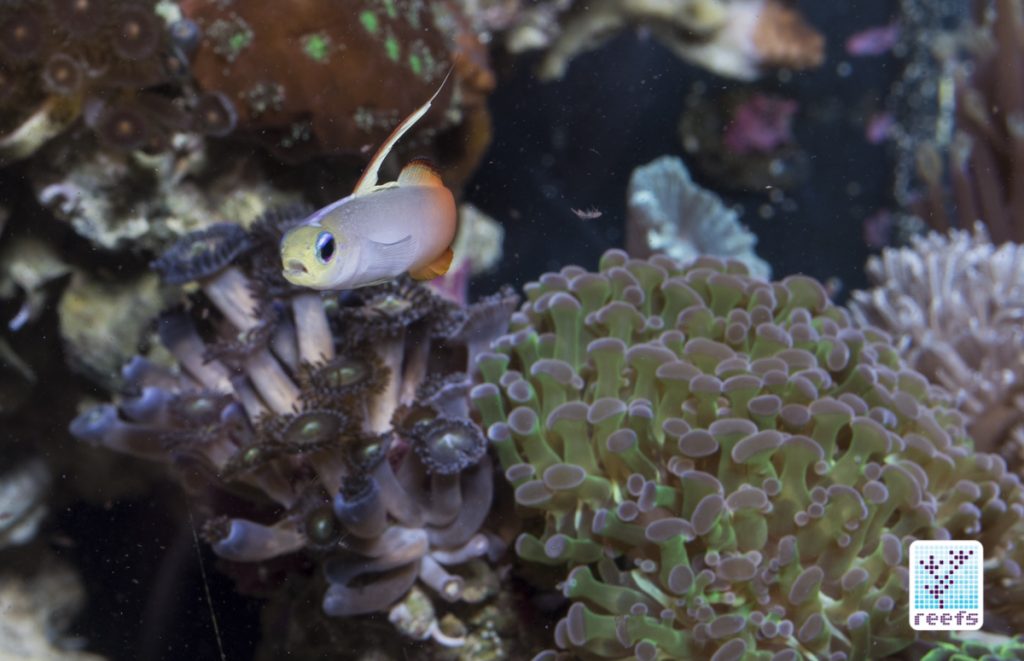 PE Calanus next to a Firefish goby for reference 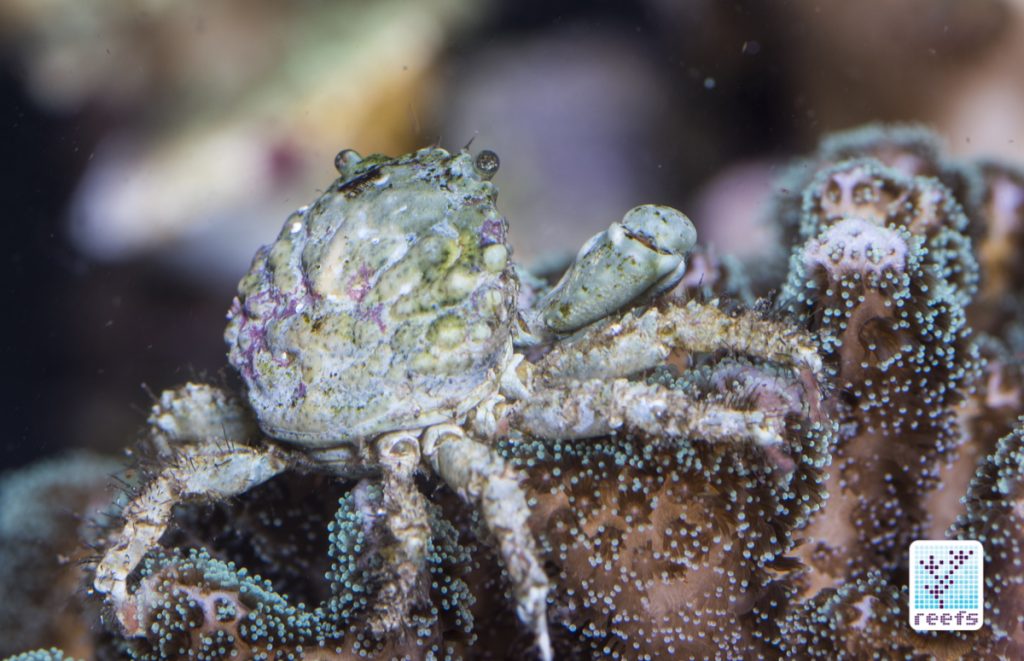 Emerald crab enjoys it too! 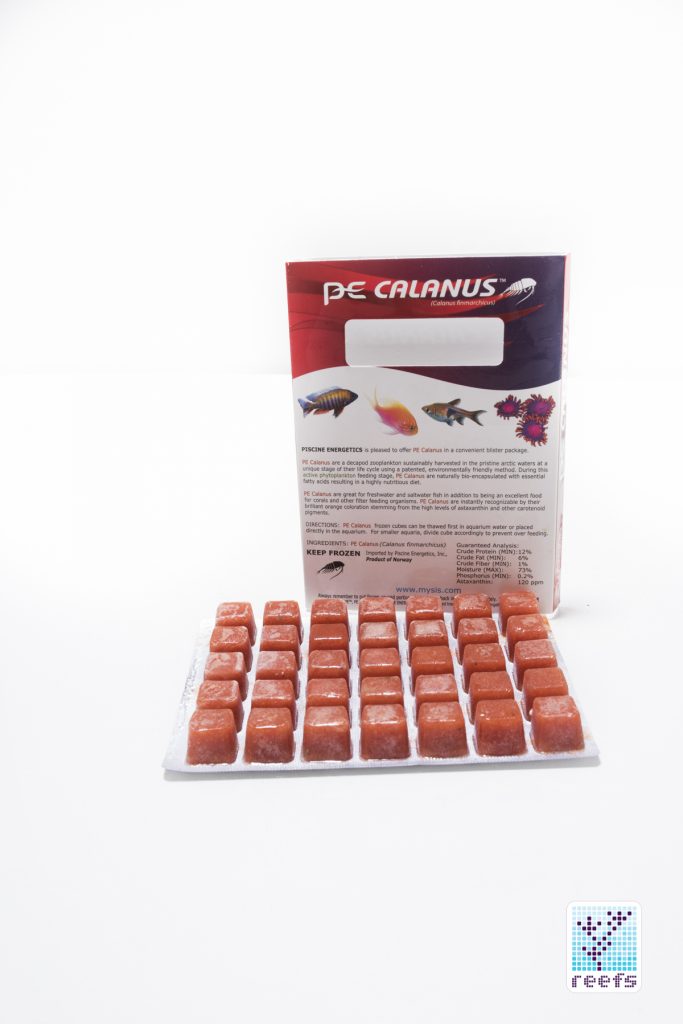 My freshwater and saltwater fish liked it! Due to its bright red color and distinctive aroma, Calanus may work well as a transition food for finicky eaters that refuse to eat other frozen treats. If you want to diversify your tank inhabitants’ diet, provide them with omega-3 acids, and don’t mind paying a more than for brine or mysis shrimp, give PE Calanus a try.