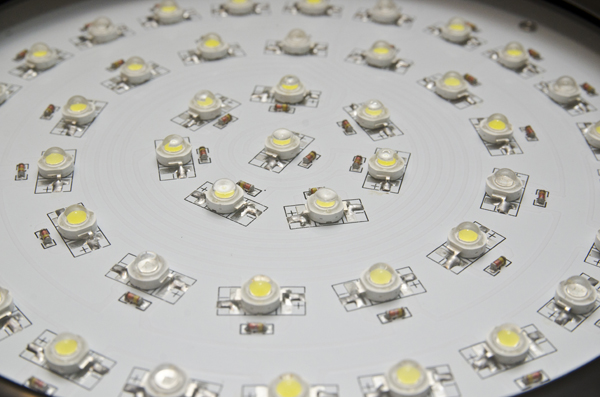 Manufacturers of aquarium LED lights are doing everything to make their product stand out of the crowd an gather a steady customer base. The manufacturer of LED panel that is a subject of today’s review tries yet another approach to attract customers to it’s product. The AquaUFO light from Sunshine Systems (LINK) surely turns heads with it’s unforgettable name and interesting looks. Let’s find out what it offers and how well it performs in the remaining part of this review…

Sunshine Systems have been on the market for quite some time, manufacturing grow lights for hydroponics systems and other LED panels for general use. Their aquarium industry targeted line of products include the subject of today’s review, the AquaUFO LED pendant. As name suggest, the light is shaped like a flying saucer from outer space and with all diodes on it even produces a light ladder… kind of. One way or another, Fox Mulder would be first to see it above your tank … AquaUFO comes in three different versions that differ from each other only by the number and color of light emitting diodes used. They all are build using 2 watt emitters that looks like Bridgelux brand and each one of them has 45 LEDs divided into two channels. Customers can choose from original AquaUFO having 22 white diodes (6500K) and 23 royal blue LEDs of a wavelenght between 460-470nm, AquaUFO +Red having the mix of 6500K white, 460-470nm blue and 660nm red emitters and finally AquaUFO UltraBlend with four types of white LEDs (6500K,10000K,14000K and 18000K) mixed in with 460-470nm blue LEDs. Those three choices of LED ratio provide an opportunity to either replace metal halide lighting and supplement with acrtnics strips (UltraBlend), experiment with wider spectrum including red wavelenghts (AquaUFO+Red) or work as a standalone daylight and actinics light source. 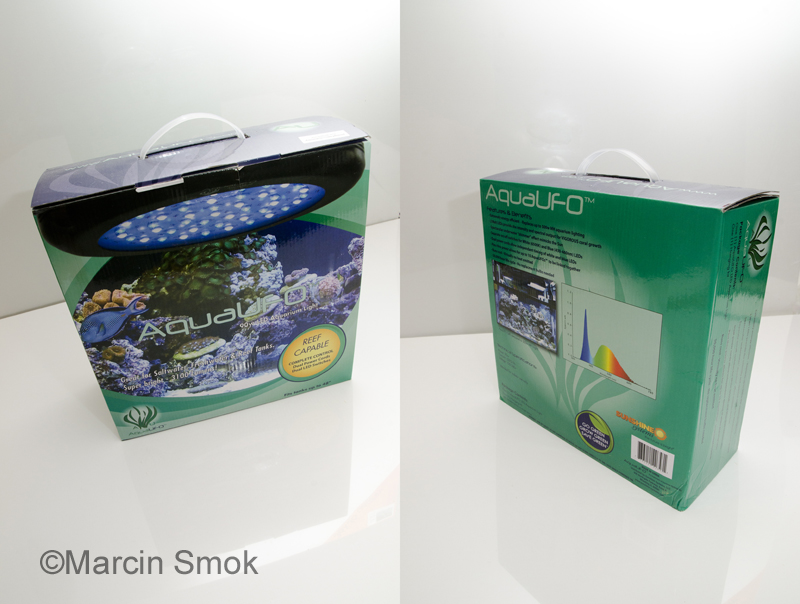 I received the AquaUFO UltraBlend pendant for the purpose of this review. Quick look at the box and we can see some of the more important claims about the quality of light that hides inside:

-chainable pendant, up to 10 can be connected together 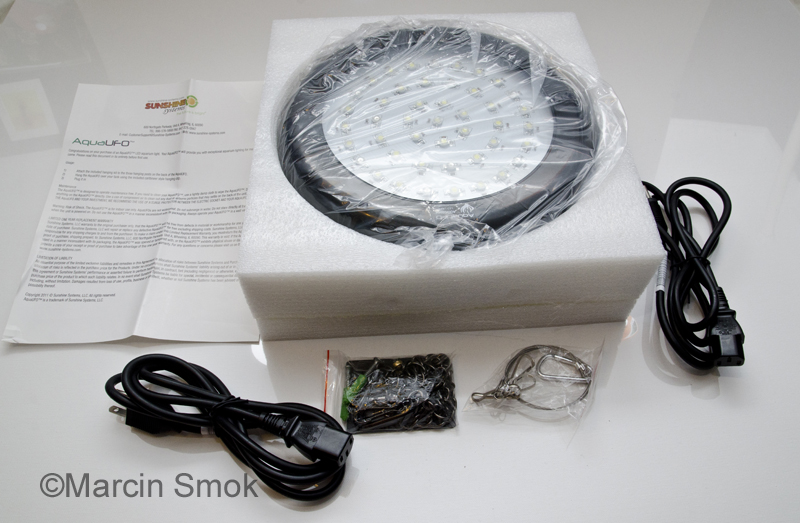 The light is well packed, with a cardboard box equipped with a carrying handle on the outside and an inner foam shell for added protection. Wrapped in a plastic bag is the oval-shaped light itself. Painted black, aluminum case has a nice, glossy finish that feels quite durable. On the bottom side, shielded behind an acrylic splashguard, are the array of diode emitters arranged in a circular fashion, all 45 of them.

On top of the light we have two switches, four 120V sockets (two for the power cables and another two to link AquaUFOs together), three hangers to attach the hanging kit and in the dead center, a 110mm DC fan sitting on top of a heatsink. Inside the box, beside the pendant, are: quick reference guide and two hanging kits, one made of black chain and another made of steel cable. I’m not sure if all AquaUFOs come with two hanging kits (description on the box says “hanging kit included”) nevertheless both hanging kits are of high quality and fits the hanger attachments just fine. 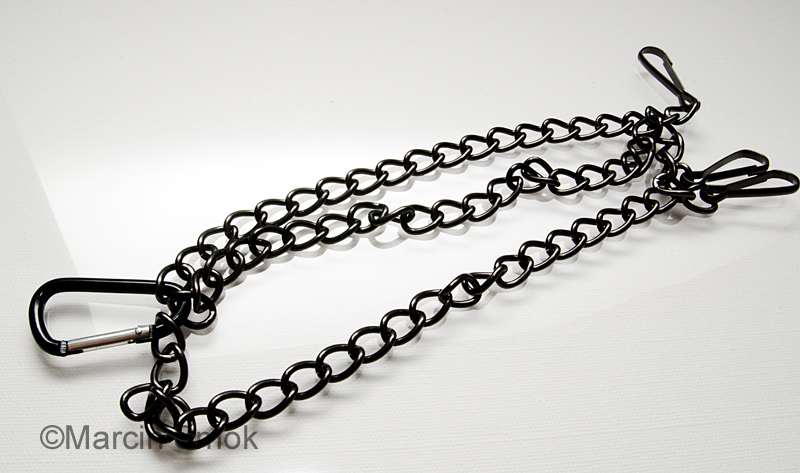 There’s also a metal plate with two anchors to mount the light to the ceiling. The plate consist of of two parts secured with a screw, which means you can remove the light without the need of unscrewing the whole plate from the ceiling. 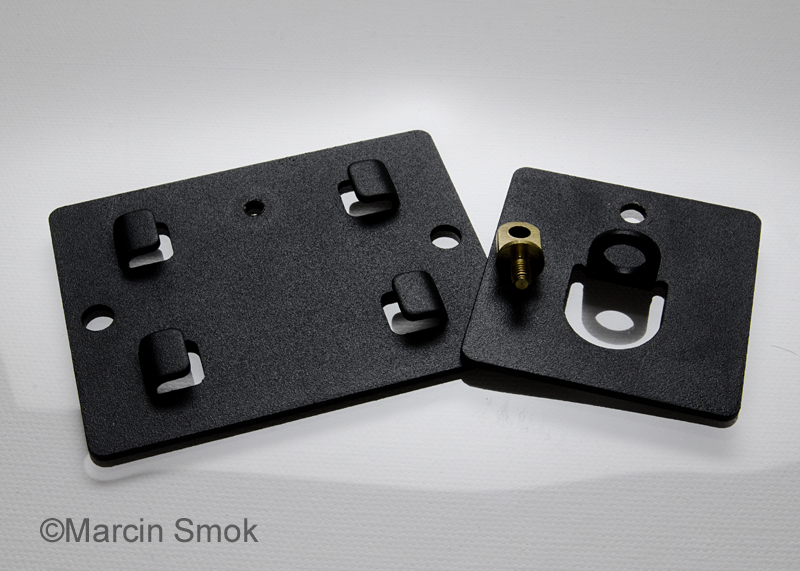 The optional legs can be separately purchased from Sunshine Systems website if you want to mount the light on the rims of your tank. 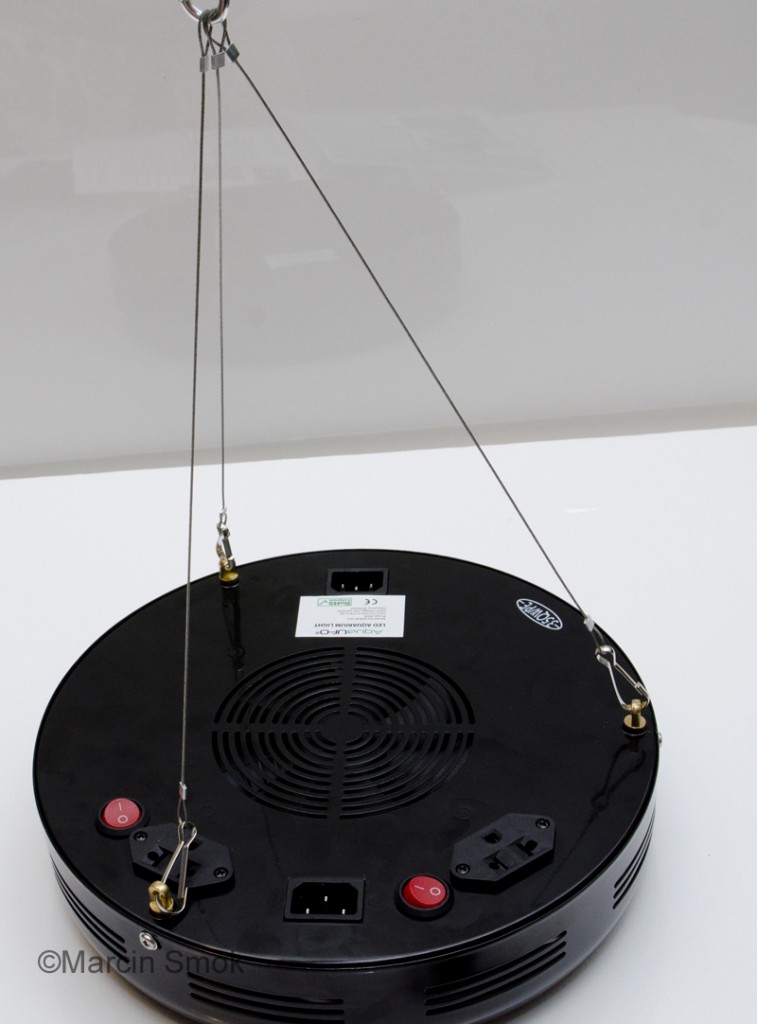 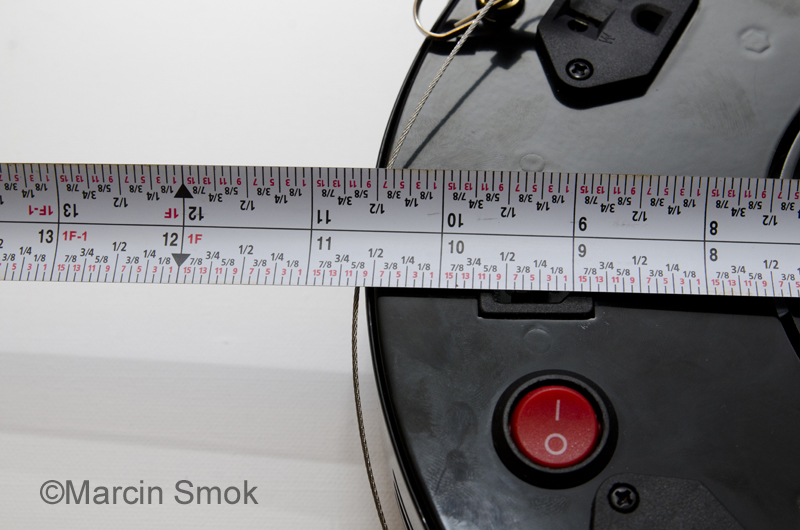 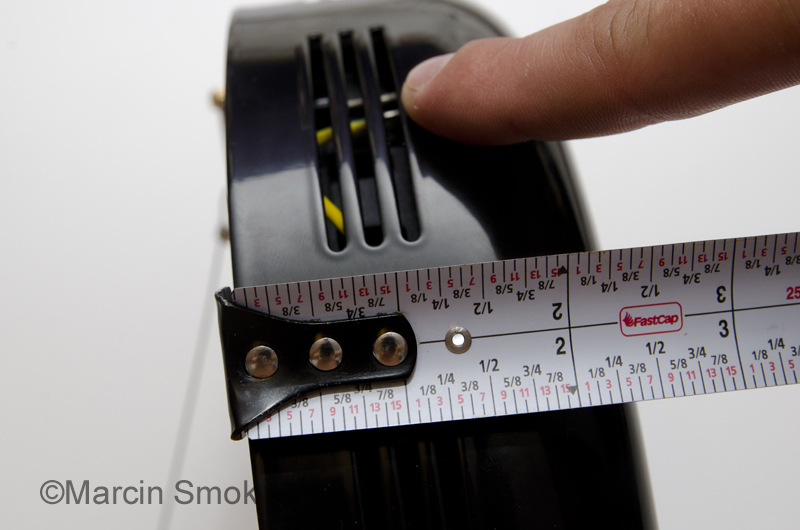 Installation process is very easy: attach the hanging kit to the pendant and connect to the plate secured in the ceiling or hanging bracket, plug in the two supplied cables and flip switches on top of the light. 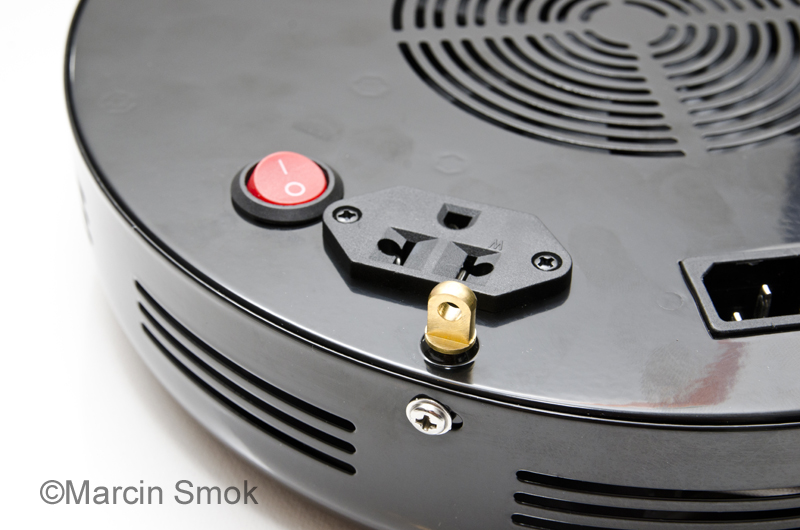 Each switch controls one channel, change position to ON and an array of 23 LEDs turns on, 6 blue emitters on the outer circle and 17 white ones throughout the whole light. The second switch brings up to life the rest 22 LEDs, 3 blue and 19 white. As I mentioned before, there are four kind of white diodes and you can see there’s a slight difference in color between the white LEDs. Light produced by AquaUFO UltraBlend falls somewhere between a 14000-20000K spectrum. 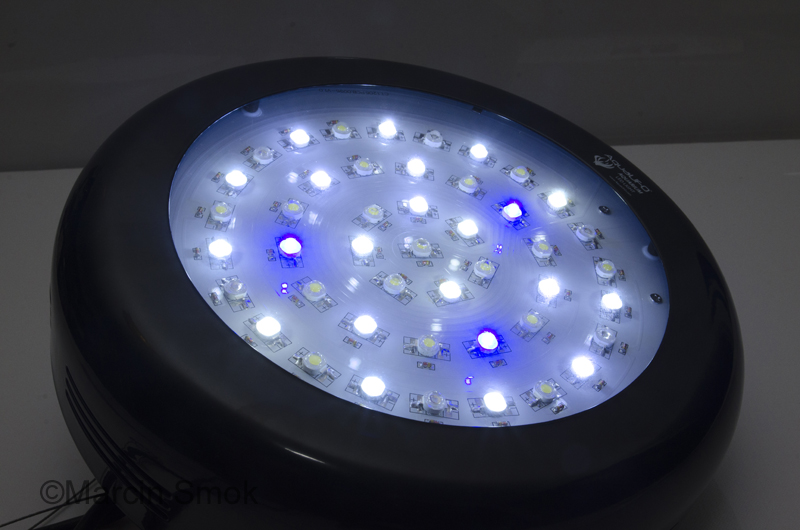 Quick check on the power draw prove manufacturer’s claim to be true- around 48W with one channel on and 90W when all LEDs are on. Upon turning either one of two channels, the fan turns on, providing an active cooling of the heatsink. Thanks to it, the light stay cool-to touch at all times, emitting virtually no heat into the aquarium. The fan itself is not particularly loud but it’s not silent either, meaning you can hear it whirling when standing right next to the light. 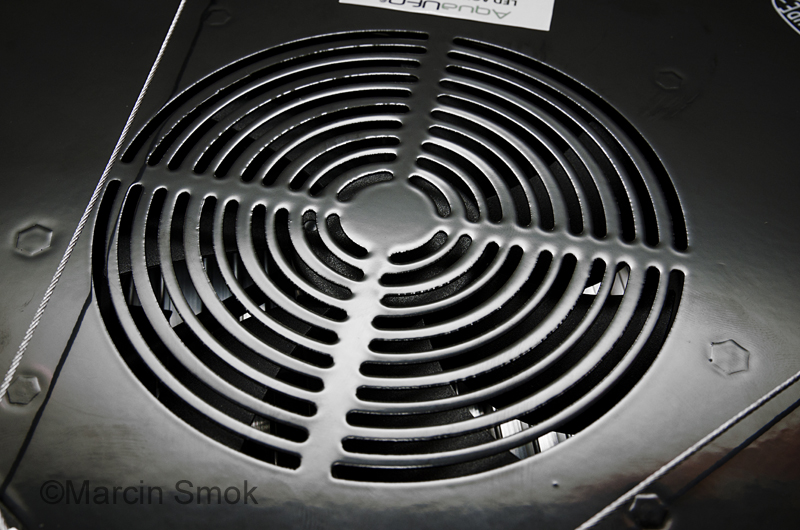 The PAR test was taken in an empty tank with three sides shaded and measurements were taken using a Seneye light meter in depths ranging from 1″ from the light source up to 20″ on the bottom. The sensor was placed in the center of the pendant and 5″ from the center on both left and right sides ( PAR results on the left and right side of the drawing). 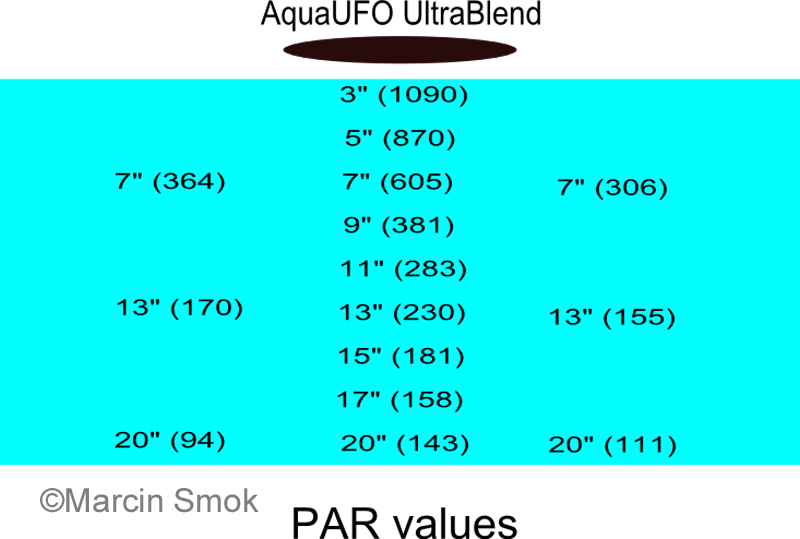 Measurements taken, I have to admit the light produces some serious PAR values on wide range of depths. Light spread is almost 24 inches in diameter ( which means the sensor registered PAR values of more than 10 (µmol photons/m2/second ) in up to 24″ from the center of light at depth of approximately 15″). The lack of focusing lenses on the emitters reflects less light penetration, however with around 200 PAR on depth of 15″ the light is good enough to grow some light-loving photosynthetic corals,in condition that other crucial parameters are in check, obviously. 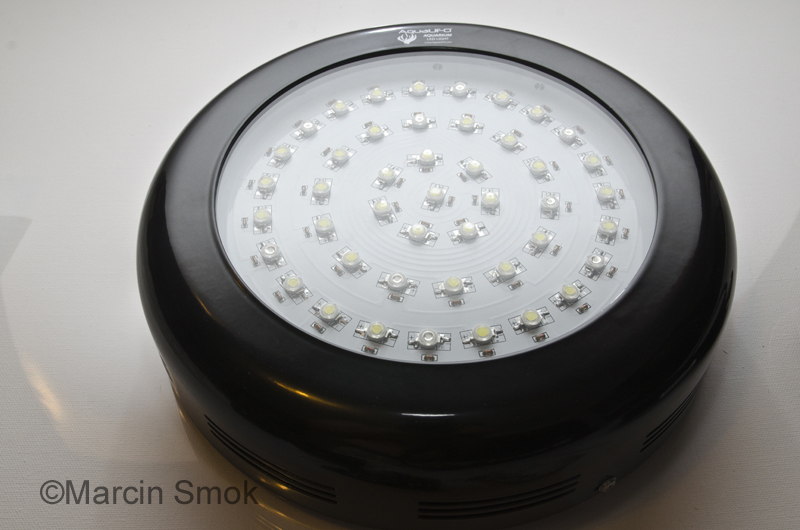 Thumbs up, thumbs down and conclusion.

-good value for the money spent

-could use better cooling fan

-no optics on LEDs contribute to weak light penetration in deep tanks ( but in contrary good light spread, see above)

Sunshine Systems AquaUFO LED pendant leaves little to complain about given it’s relatively low price ($275 at the time of writing). While it’s not the only LED panel n this price range available on the market, it’s unusual shape, the choice of three different color ratios and good overall built quality makes it stand out of the crowd. Perfect for cube aquariums as well as wide front to end setups, AquaUFO is a good choice for someone looking for a standalone reef light or replacement of metal halide pendants. It doesn’t offer the same light penetration as MH bulbs, but it gives you comparable PAR results consuming much less electricity. Again, It’s going meet strong competition from other 2W LED lights manufacturers, but it has some good selling points and shouldn’t be excluded from reefer’s wishlist.