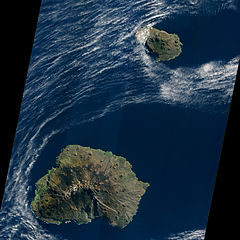 South Africa’s Water and Environmental Affairs Minister, Edna Molewa has received WWF’s highest praise.  The ‘Gift to the Earth’ award was received on behalf of the SA government for the declaration of the Prince Edward Islands Marine Protected Area (MPA) – South Africa’s first offshore MPA and one of the first of its kind for an African country.

The islands, which consist of Prince Edward and Marion Islands, are located almost 2,000km south of South Africa in the Southern Ocean.  They are home to an array of marine wildlife, including albatrosses, penguins, killer whales and Patagonian toothfish stocks. The islands form an important global biodiversity hotspot, which was subject to extensive poaching during the late 1990s.

Protection of this island group significantly contributes to the conservation of global biodiversity and the fragile Southern Oceans, in particular.

Dr Morné du Plessis, WWF-SA’s Chief Executive Officer says, “The WWF network remains committed to supporting the South African government to ensure adequate protection of this area. Although so remote, we are increasingly seeing the impact of human activities in the Southern Ocean through climate change and commercial fishing – among others. The proclamation of this MPA signals that government is aware of these issues and is committed to addressing them.”