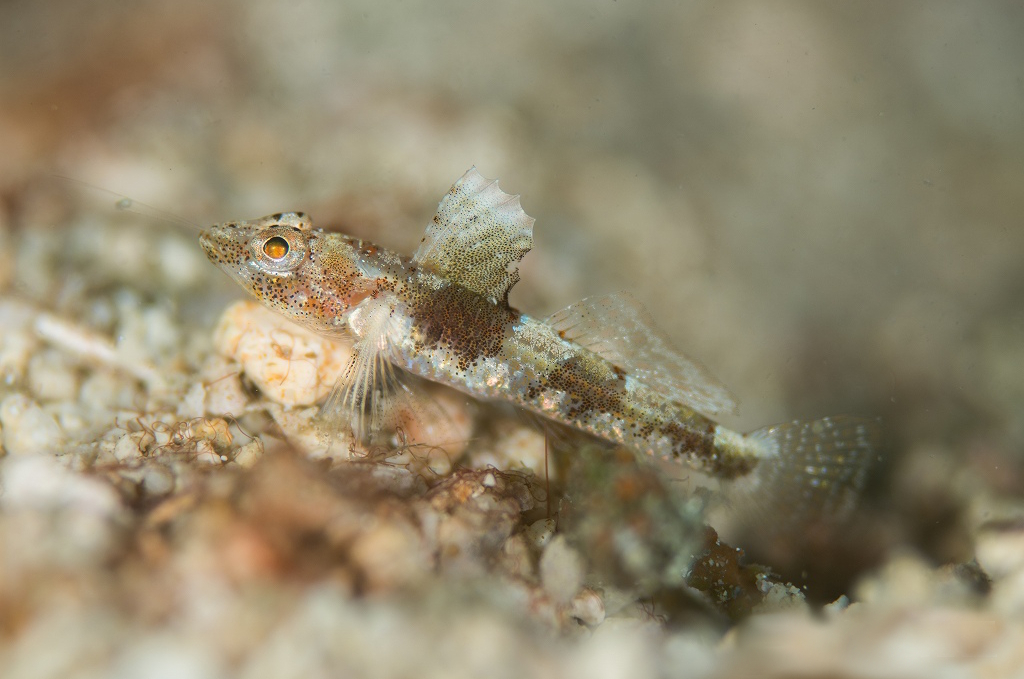 An interesting new species of reef-dwelling goby has just been described, Psammogobius pisinnus. Now, usually small, brown gobies aren’t cause for excitement, but this one is a bit different, as it belongs to an obscure group that is normally not found anywhere near corals. Clearly the Sandslope Goby missed that memo, as it has been encountered in variety of mixed sandy and gravelly coral-rubble habitats in the West Pacific. 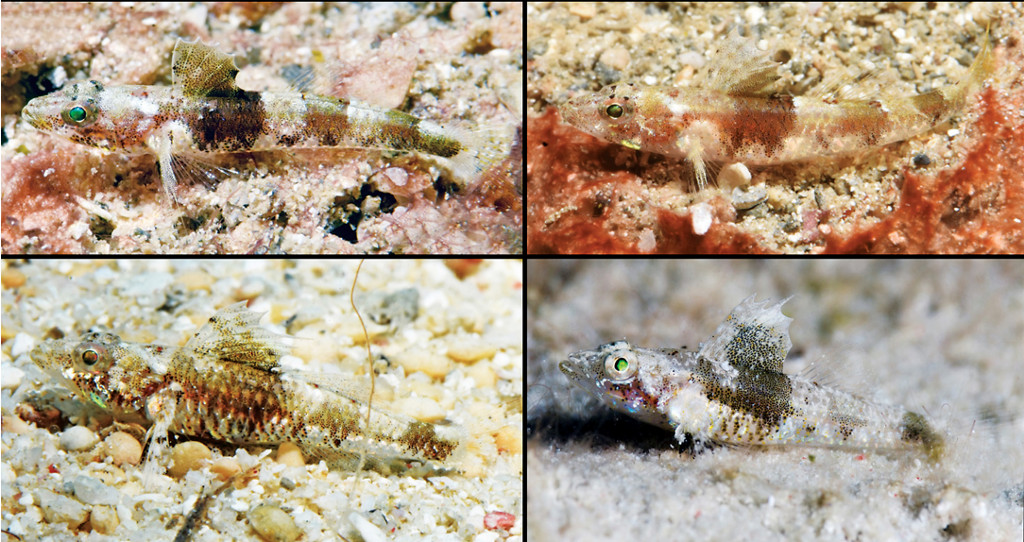 If you’ve never heard of Psammogobius before, it’s likely because there are only three other species in the group, and none of these ever seem to make it into the aquarium trade. Aside from their documented preference for brackish water conditions, these three species are also more than twice the size of P. pisinnus (<20mm vs. 70-80mm). This unusually small stature is alluded to in its scientific name, with pisinnus translating from Latin as “small or little”. 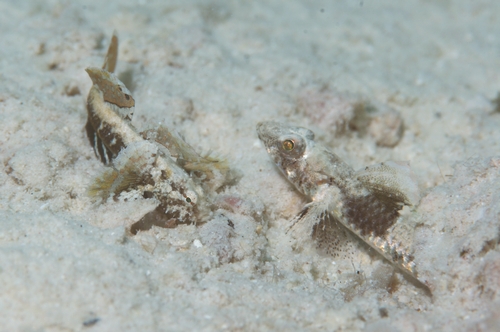 Specimens have often been observed alongside an undescribed species of Discordipinna. This Psammogobius pisinnus is guarding its eggs, a behavior which has been observed on many occasions. Credit: Takuchan

In the description, published in the latest edition of JOSF, the Sandslope Goby is reported from relatively shallow (10-20m) sandy slopes in the Northern Great Barrier Reef and nearby New Britain. However, in putting together this article I also stumbled upon what is likely to be this same species from Bali and Cebu and Palau, indicating it has a fairly wide distribution in the West Pacific or Coral Triangle. Update: Also documented now from New Caledonia. 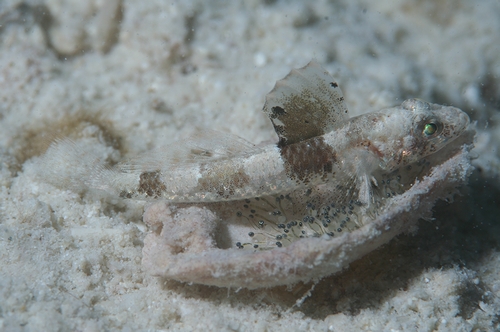 Though this little goby is quite small and rather cryptically colored, it’s a bit surprising that it remained undescribed for this long, especially given how well-documented it is by Japanese divers. The author, Gerry Allen, mentions that specimens gently undulate their dorsal fin when approached underwater, which I can only assume was a desperate effort on the part of this fish to flag down a taxonomist. Congratulations, Sandslope Goby, you’re officially a species now!