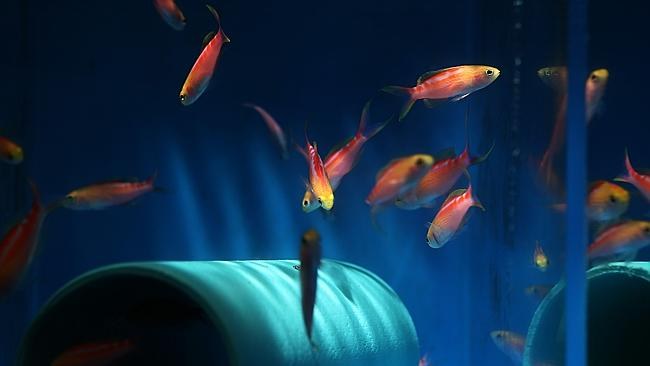 
Cairns Marine is Australia’s largest supplier of live ornamental marine life.  Last week, during a trek out to Holmes Reef (approximately 150 miles northeast of Cairns, Australia), divers equipped with rebreathers spotted the first ever Pseudanthias aurulentus (commonly known as the Central Pacific or Golden Anthias) within Australian waters. The divers were able to bring up approximately 70 specimens.

Pseudanthias aurulentus was officially described in 1982 by Randall & McCosker.  Until last week, this lovely deepwater anthias species was only known from the Eastern Central Pacific around Line Islands and Fanning Island, occurring at depth around 50m.  Cairns’ divers discovered the first known population of P.aurulentus outside of the Eastern Central Pacific at similar depths at Holmes Reef.

The expansion of distribution ranges for deepwater fish is a fairly common occurrence because much of the ocean depth remains unexplored.  Still, the discovery of P.aurulentus over 3,500 miles from its previously only known range is quite remarkable.  If the species originated from the Eastern Central Pacific, larvae or breeding populations were likely carried thousands of miles by the N.Equatorial ocean down to the E.Australian current.  Who knows what other locations in between P.aurulentus may be eventually found.