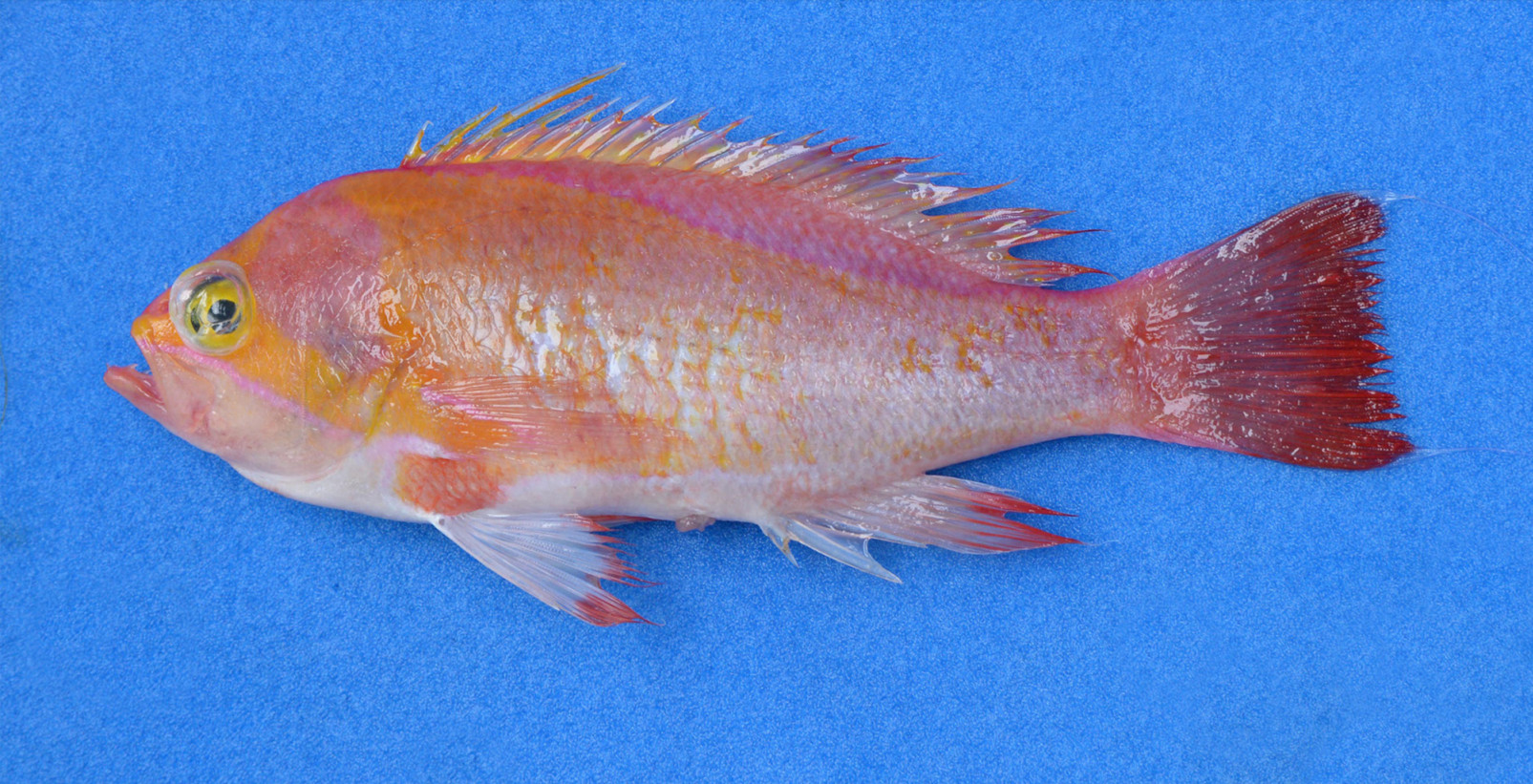 The mesophotic reefs of the Indian Ocean are still quite poorly known. While the Pacific has seen a number of extensive surveys conducted in recent years by the likes of Dr. Luiz Rocha, Dr. Rich Pyle, Brian Greene, and the Okeanos Explorer cruises, the deeper fauna of the Indian has remained largely unstudied. There are undoubtedly loads of new and exciting discoveries waiting to be made in the region, but, alas, progress has been slow.

What little we know of these mesophotic reefs has tended to come from trawled specimens. One recent example was the discovery of a highly colorful anthias collected off the coast of Southwestern India and described in 2015 as a new species, Pseudanthias pillai. Just last year, another new anthias, P. vizagensis, was named from the eastern coast of India, though confusingly little seemed to actually differentiate the two.

In my coverage at the time, I hypothesized that the two taxa likely represented a single, poorly known species, and this notion has now found additional support in a new paper appearing in the journal Zootaxa. Also in this paper is the description of yet another new mesophotic anthias, Pseudanthias emma, trawled from 105 meters in the Andaman Sea as part of a 2015 survey by the United Nations’ Food and Agriculture Organization (FAO).

Emma’s Basslet, named after the daughter of coauthor Dr. Peter Psomadakis, has some fairly obvious differences in its coloration and fin morphology with respect to P. pillai (which may or may not be of close relation). Among the most distinctive features is the presence of two long, trailing filaments coming off the caudal fin, which are partially cropped in the included photo and difficult to discern against the blue background. The filaments are transparent, though in life they would likely appear quite prominently in large males. There are a few other anthias out there with similar filaments (Pseudanthias rubrolineatus, Tosana niwae, Tosanoides spp.), but the trait is generally uncommon in the group.

Other differences appear in the coloration of the anal and pelvic fins, which are tipped with red in P. emma but are more solidly colored in P. pillai. The caudal fins are similarly diagnostic, with Emma’s being more deeply colored in red posteriorly, while Pillai’s is solidly magenta throughout, save for a thin yellow margin. In total, the two would be quite easily told apart in life, though, sadly, all we have are a few suboptimal photos of partially damaged specimens. It’s a shame that so little effort has been spent exploring the fauna of the Indian Ocean, as there’s clearly a vibrant community of fishes lurking down there, but that just gives us more to look forward to.